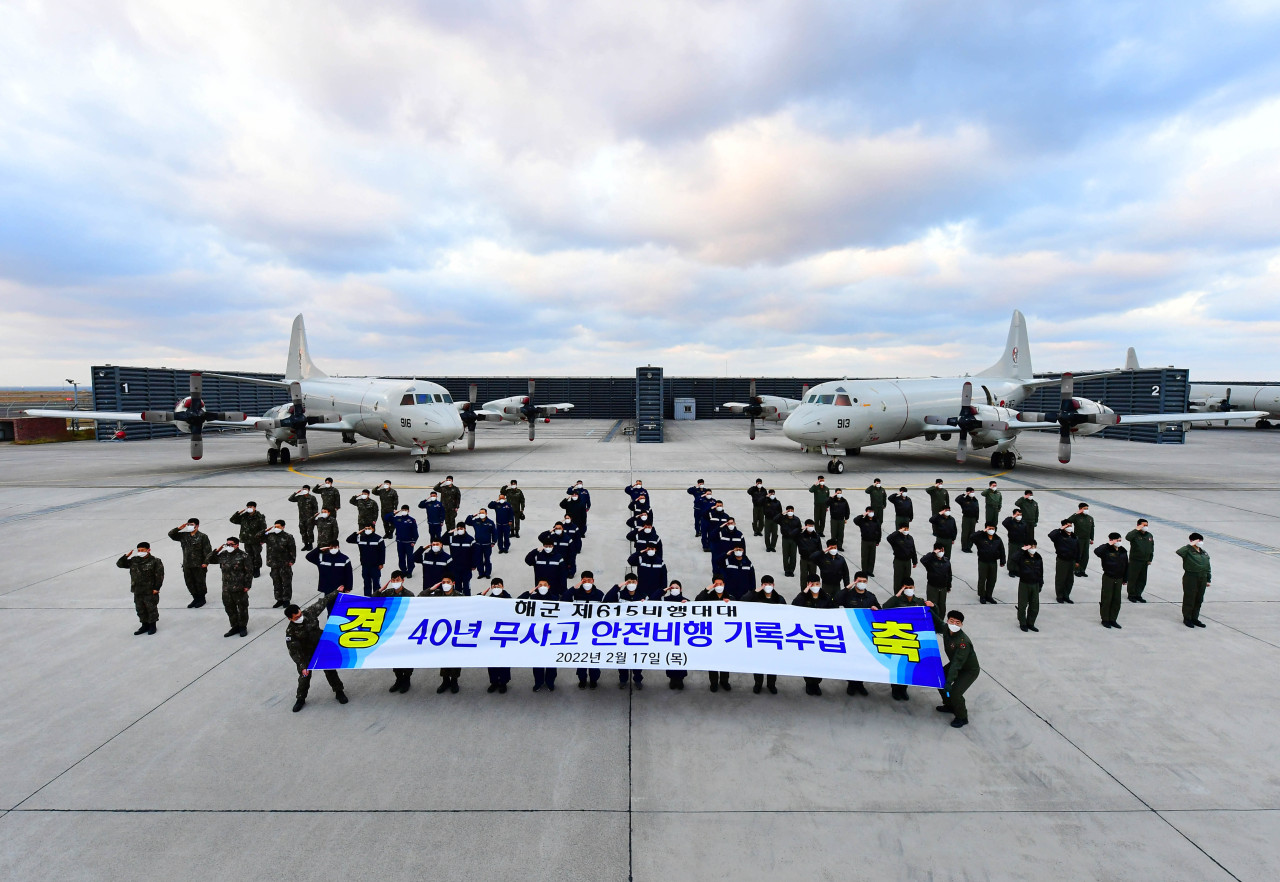 The Navy's Patrol Squadron 615 marks 40 years of accident-free flights at its base on the southern resort island of Jeju on Thursday, in this photo provided by the Navy. (the Navy)
South Korea's Navy said Thursday a local air patrol unit has reached a milestone of mishap-free flights over the past 40 years since its establishment.

The Patrol Squadron 615, based on the southern resort island of Jeju, achieved the record, having logged a total flight distance of 15.3 million kilometers, equivalent to traveling around the Earth 380 times, according to the Navy.

Launched in February 1982, the squadron currently operates 16 P-3 maritime patrol planes to cover the southwestern part of the Korean Peninsula and carry out anti-submarine and anti-ship missions.

"(The squadron) reached the milestone of accident-free flights for 40 years on the back of efforts made by all members, including officers, who worked together for safe flights and mission accomplishments," Adm. Kim Jung-soo, chief of naval operations, said in a statement. (Yonhap)