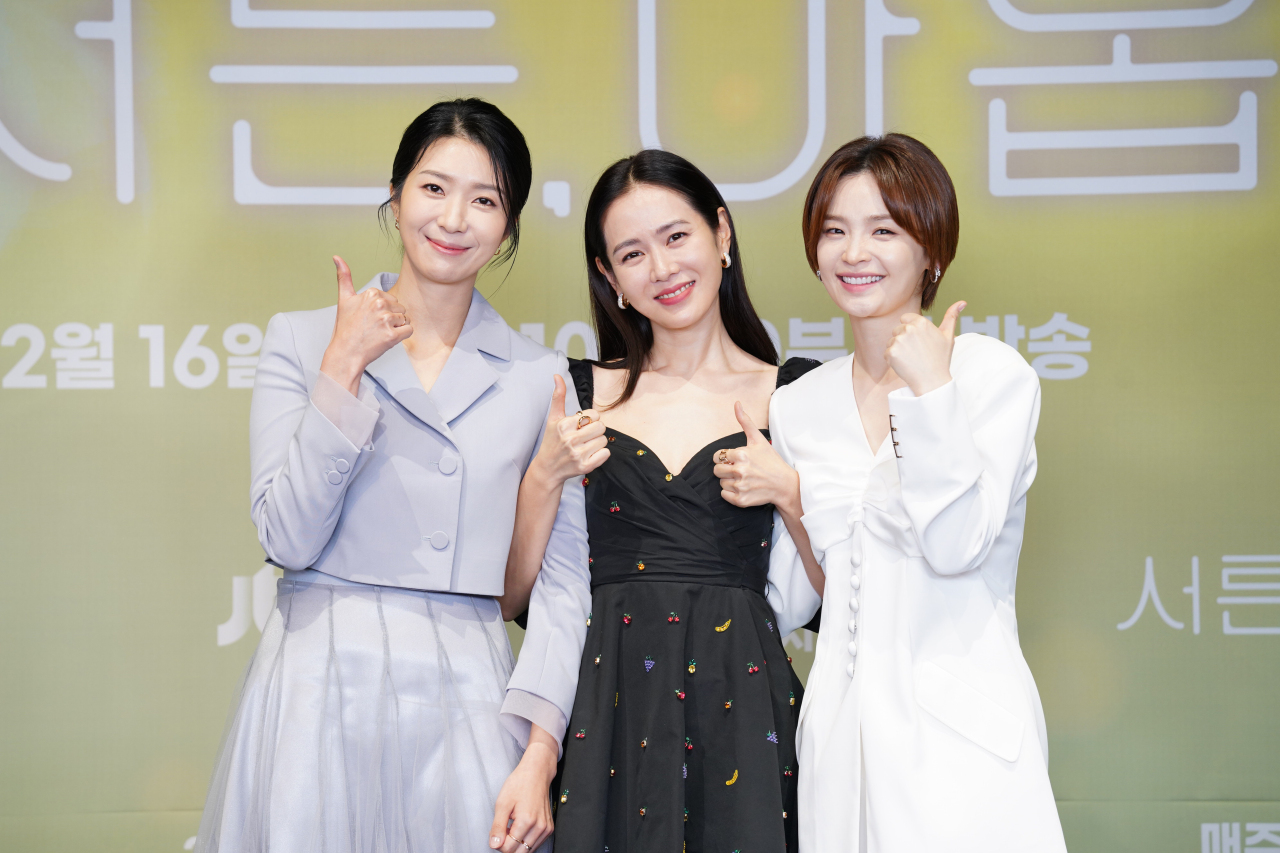 From left: Actors Kim Ji-hyun, Son Ye-jin and Jeon Mi-do pose for a photo before an online press conference on Wednesday (JTBC)
The upcoming JTBC drama “Thirty-Nine” may look like a typical romance, but for director Kim Sang-ho, it is much more meaningful.

“Many people in South Korea believe the age of 39 a little special. I think 39 is a bit too early to have something special accomplished, but too late to start something new. The drama mainly presents a trio of best friends and their romance on the brink of turning 40, but it is more about how their lives develop with lovers, families and relatives,” Kim said during an online press conference on Wednesday.

The age of 40, widely known as “bulhok” in South Korea, is seen as a water-shed moment. The term "bulhok" can be roughly translated as “resisting temptation,“ and comes with the expectation that once people reach this age, they should be immune to the lures of vice or indulgence that they might have succumbed to in their youth. The series centers around three 39-year-old women, and tracks their preparations for bulhok. 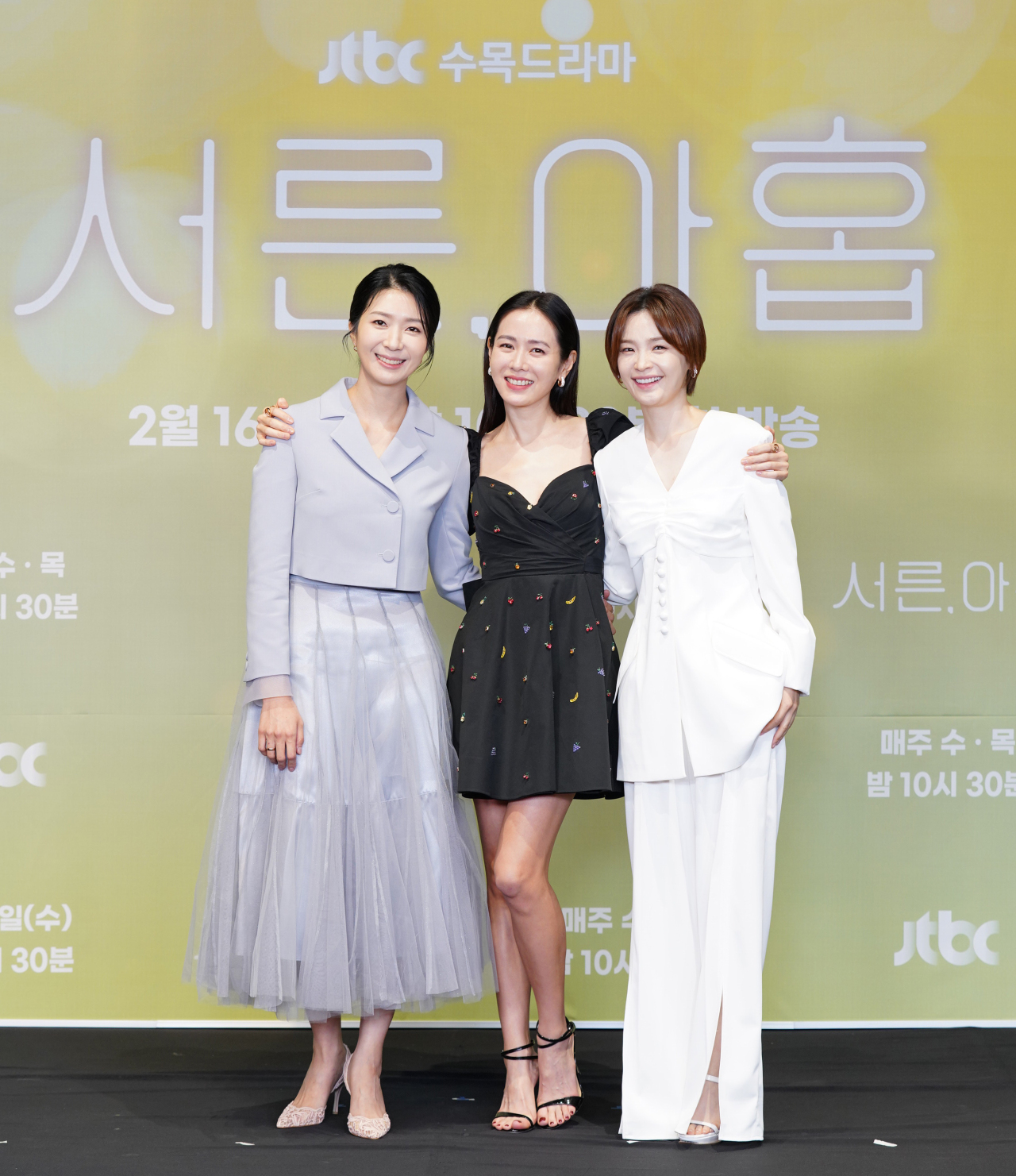 From left: Actors Kim Ji-hyun, Son Ye-jin and Jeon Mi-do pose for a photo before an online press conference on Wednesday (JTBC)
Returning to the small screen for the first time in two years since the success of the smash-hit series “Crash Landing on You,” actor Son Ye-jin, who plays chief dermatologist Cha Mi-jo, felt that she met “Thirty-Nine” at just the right moment, like destiny.

“I enjoyed every part of the script. I was in the similar age as Mi-jo and there were many things I could easily empathize with the character. I was shocked as I was reading the scripts, because some of Mi-jo’s lines were identical to how I speak in my real life,” Son said.

“I even wondered whether the screenwriter Yoo Young-a had installed a CCTV camera in my house,” the actor jokingly added. 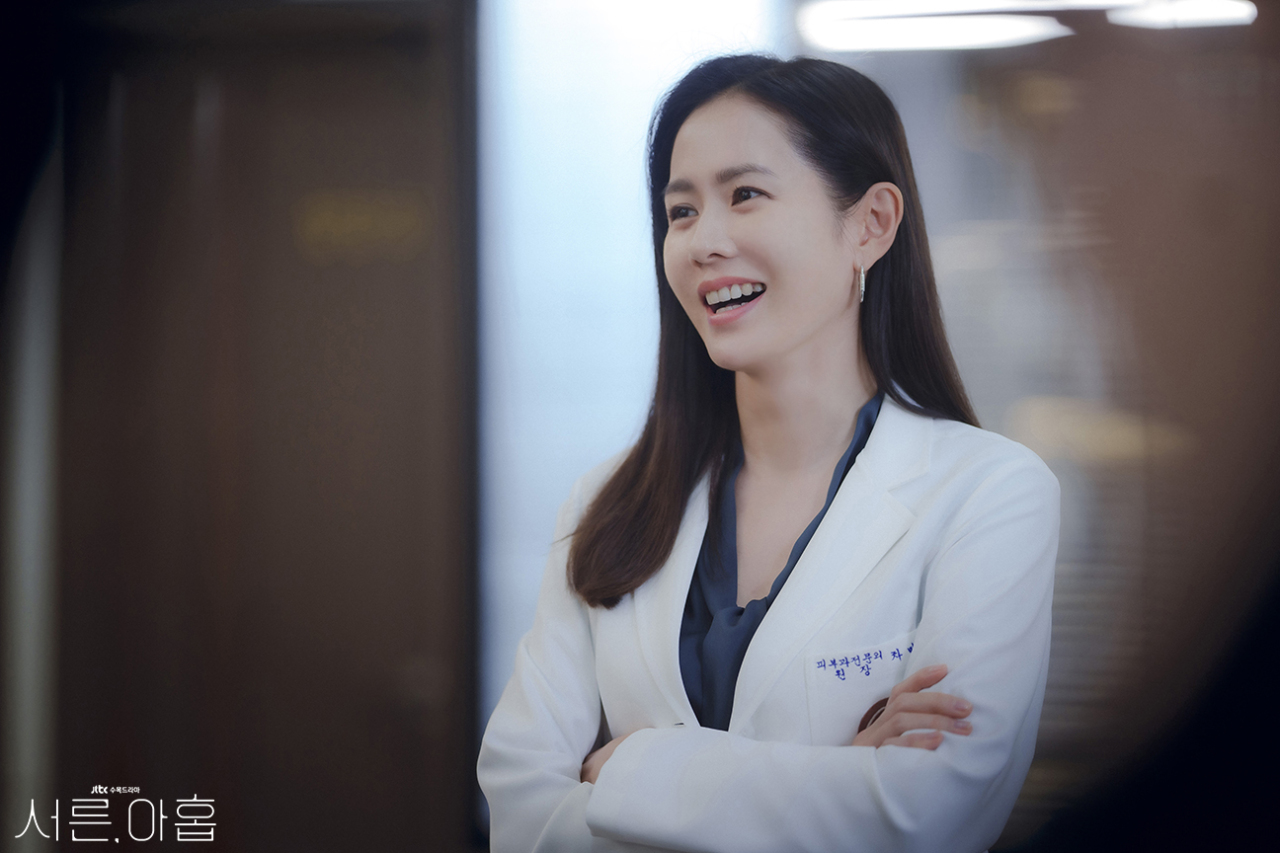 “I am aware of some drama fans’ concern about me, because of the performances as a doctor in my previous work. By becoming a terminally ill patient, my character drastically changed in ‘Thirty-Nine.’ I am certain that different sides will be presented and hope the viewers show love and support just like they did in ‘Hospital Playlist,’” the actor added.

Jeon Mi-do plays a professional acting trainer Jeong Chan-young in “Thirty-Nine” (JTBC)
Co-starring actor Kim Ji-hyun, who plays Jang Joo-hee, the manager of a cosmetic brand, was surprised how the three actors were able to become close with one another.

“Though Jeon and I knew each other for 10 years, this was my first time working with Son. We were not able to spend much private time together during the COVID-19 pandemic, like having a dinner. But I was surprised how quickly we became close with each other and created amazing synergy in real life. If a topic is given, the conversation does not seem to end in a short time. I believe the viewers can feel our friendship through the small screen as well,” Kim said.