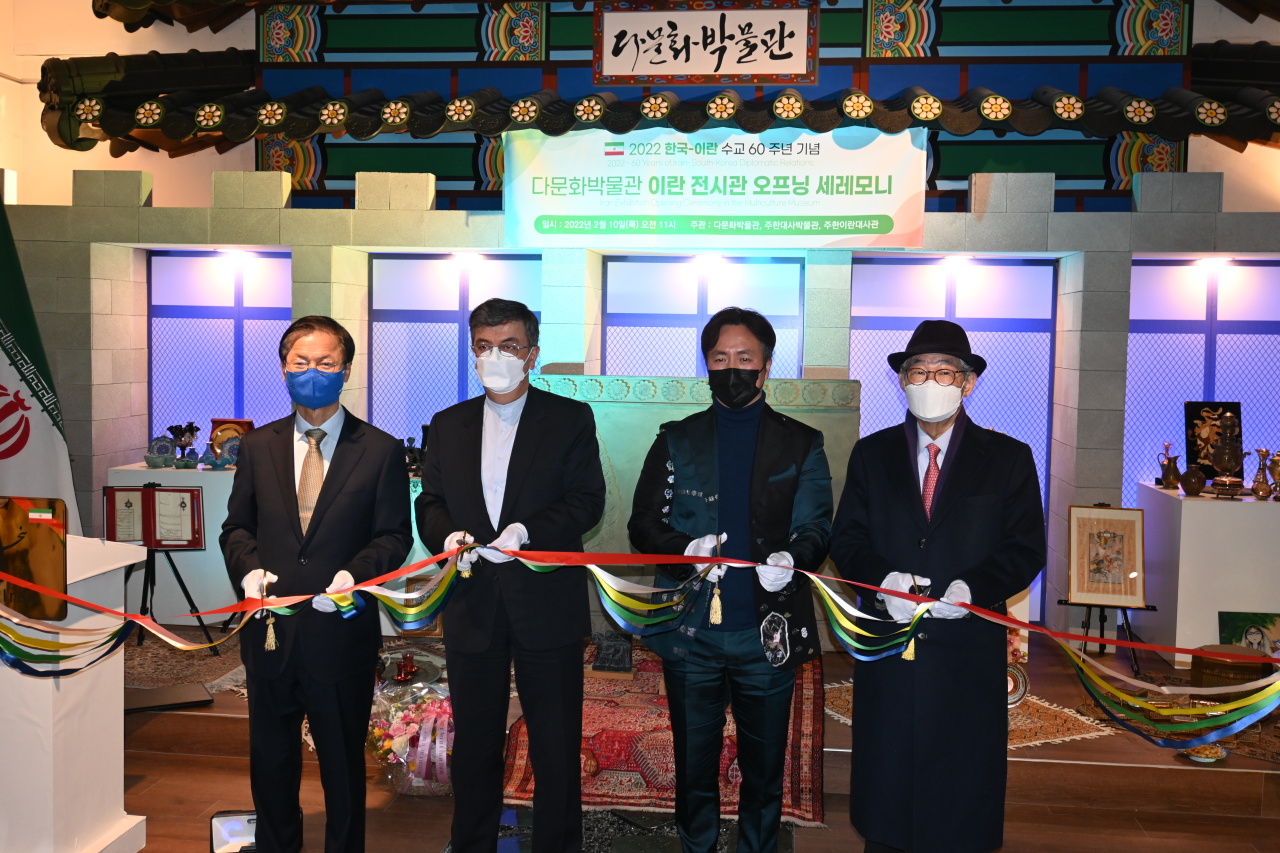 Iran became an Islamic republic after the Pahlavi dynasty was overthrown in the 1979 Islamic Revolution.

During his welcoming remarks, Iran ambassador to Korea Saeed Badamchi Shabestari referred to the long-standing civilizational links between Persia and Silla -- one of the ancient kingdoms of the Korean Peninsula -- dating back about 1,000 years. He said that the exhibition would help people understand the rich cultural commonalities between Iran and Korea, as well as the art, culture, history, unique traditions and customs of Iran.

“The long-standing relationship between Iran and Korea can be symbolically seen in the street names of Teheran-ro and Seoul-ro, named after capitals of both countries,” said Shabestari.

The ambassador highlighted that the exhibition would be valuable for Koreans and foreign residents in Korea to learn about Iran’s old civilization and its amazing handicraft traditions. 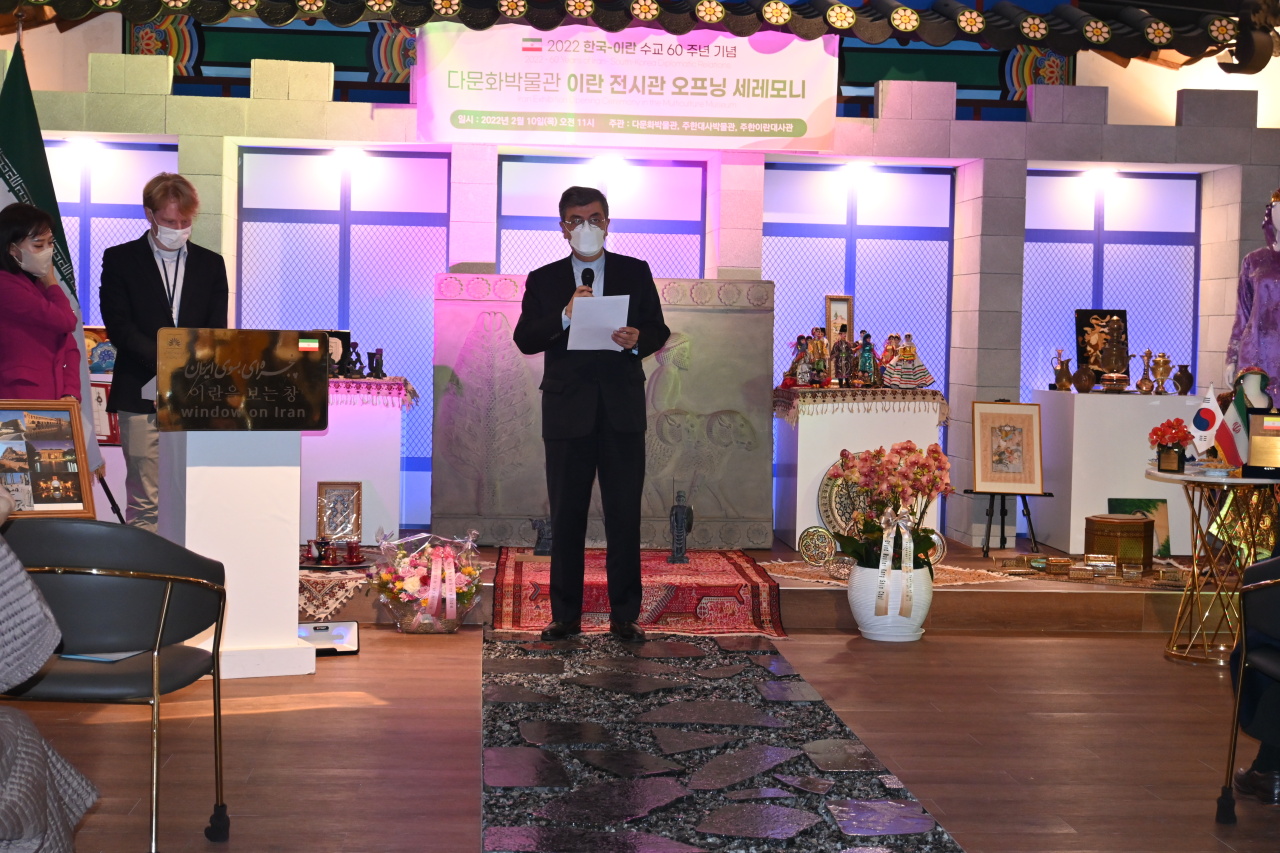 Iranian Ambassador to Korea Saeed Badamchi Shabestari delivering a welcome speech at the opening ceremony of the permanent exhibition at Eunpyeong-gu in northwestern Seoul on Thursday.
Celebrating the 60th anniversary of diplomatic ties, Korea-Iran Council President Chun Jeong-bae touched on the 1,500 years of intertwined Korea-Iran relations through Kush Nama’s beautiful love story of a Persian prince and Silla princess.

Kush Nama is Persian epic poem and part of a mythical history of Iran written by Hakim Iranshan that records a destined encounter between a Persian prince and a princess from Silla.

Chun stressed the popularity of the Korean historical drama “Dae Jang Geum” in Iran, which hit an all-time high with an audience rating of 90 percent. It led to the popularity of Korean home appliances and automobiles among Iranian consumers, and helped strengthen the relationship between the two countries. He added that several natural resources and raw materials from Iran had been the basis for development of Korean industries.

Chun highlighted the presence of Korean companies in Iran‘s energy and construction sectors, and the approximate 3,000 small and medium-sized enterprises which have made significant contributions to the economic development of both countries by trading with Iran, a young country with population of 83 million and median age of 30.5 years.

Chun said that the Trump administration’s resumption of sanctions in 2018 resulted in a decline in exchanges in culture, economy, academics and sports.

“The opening of the Permanent Exhibtion of Iran will serve as a meaningful starting point for the involvement of stagnant bilateral relations,” he said, hoping the pavilion will re-establish friendship, and lead to exchanges, cooperation and improvement in understanding art and culture.