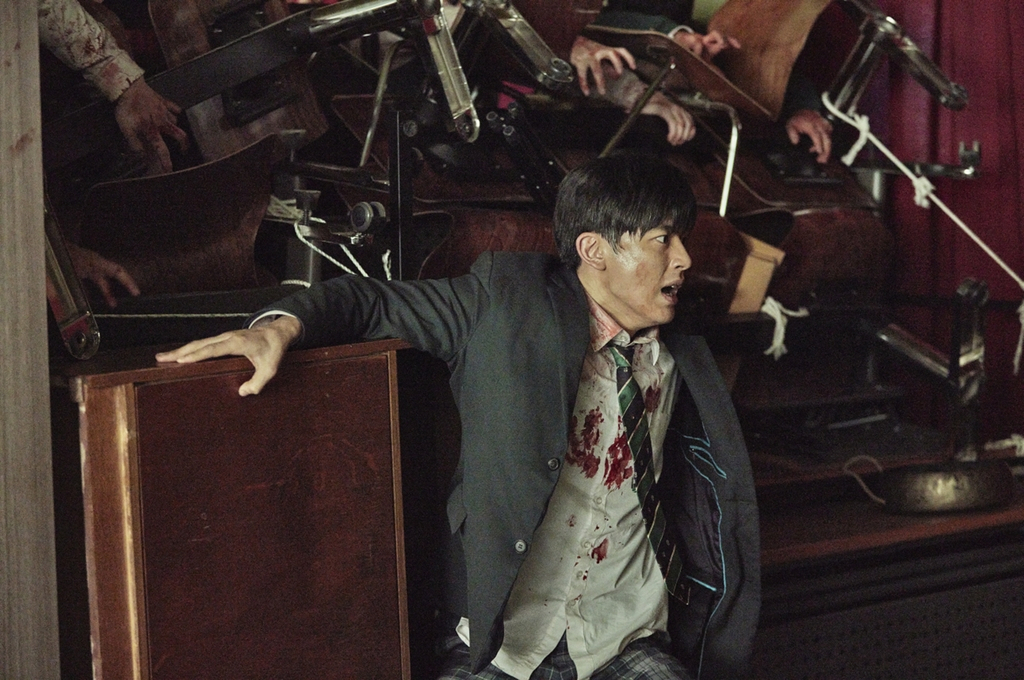 This photo provided by Netflix shows a scene from its Korean original series "All of Us Are Dead." (Netflix)

South Korea's zombie apocalypse drama "All of Us Are Dead" has dropped to second place on Netflix's popular TV show rankings after 15 days on the throne.

According to data released by streaming analytics firm FlixPatrol, "All of Us Are Dead" lost one notch from the top position on its daily chart for the most-watched Netflix TV shows on Sunday, replaced by the American drama "Inventing Anna."

The Korean-language Netflix original had remained at No. 1 for 15 days in a row since its first entry on Jan. 29, the day after its premier.

Based on a popular webtoon, "All of Us Are Dead" is set at a high school plunged into chaos due to a mysterious zombie virus. A group of students stages all-out battles against the zombies, formerly their friends and teachers, while no police and other adults come to rescue them. (Yonhap)