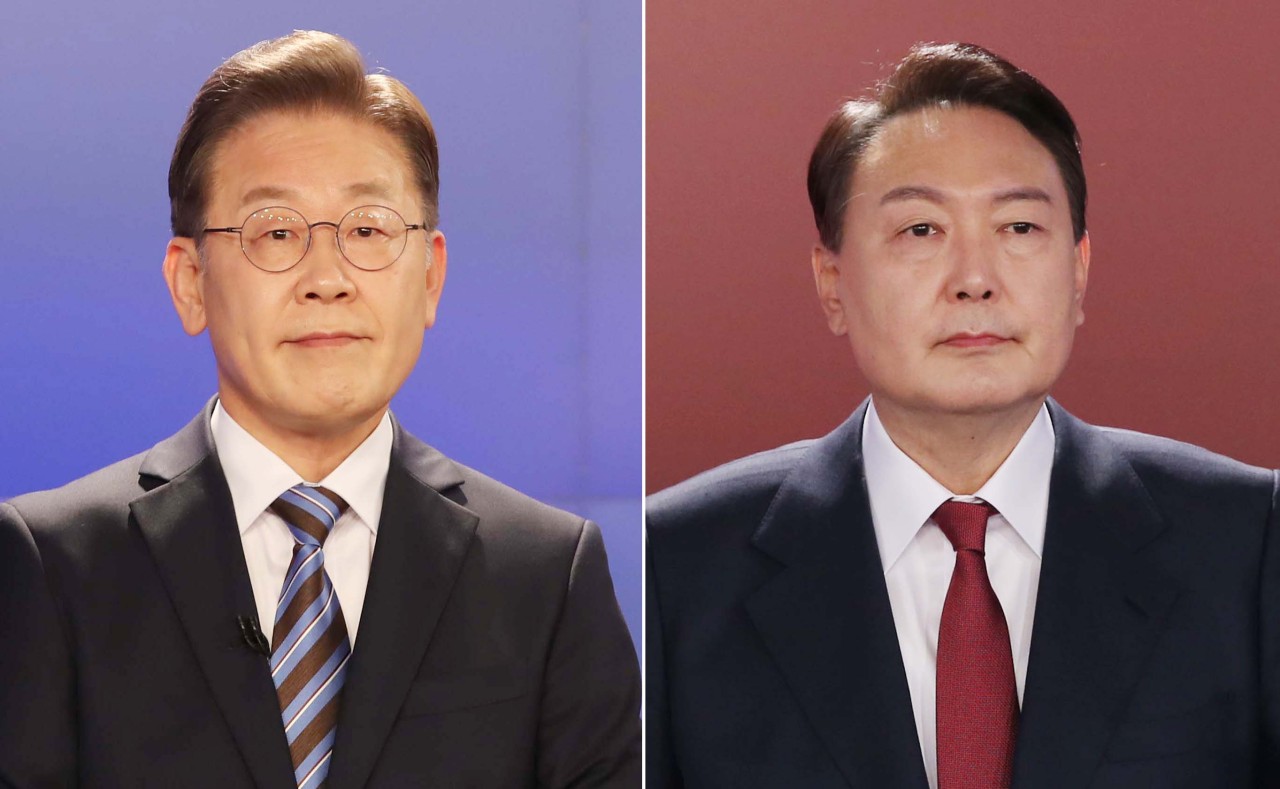 During a presidential debate program aired Friday, Yoon claimed the set of views Lee has in approaching North Korea is essentially in favor of maintaining close ties with China while shunning South Korea's relationship with the United States.

Yoon accused Lee of being in favor of North Korea keeping its nuclear weapons, being against South Korea's three-pronged defense strategy and asserting that no conditions were needed for South Korea to bring back its wartime operational control.

The main opposition party candidate asserted that these three views combined exemplify that Lee is essentially in favor of strengthening ties with China, hinting that these views were not in the interest of the US over its alliance with South Korea.

He took issue with Lee's earlier comments that he seeks to establish a strategic balance between China and US in setting diplomatic relations and approaching North Korea.

Lee rejected Yoon’s comments, saying he never expressed willingness to acknowledge North Korea as a nuclear power, and that he has never denied the importance of maintaining the three-pronged defense strategy. He said the wartime operational control should be returned promptly, not without conditions.

Yoon added after Lee’s comments that Lee’s denial of the idea of a "preemptive strike" indicated that he does not conform to the three-pronged strategy and that he did comment in favor of taking the wartime operational control without conditions in a previous media event.

He also criticized Lee's idea of a so-called "snapback clause," which would initially ease sanctions on North Korea and restore them if peace efforts backfire. Yoon questioned whether China and Russia would agree to restoring sanctions if South Korea sought to do so.