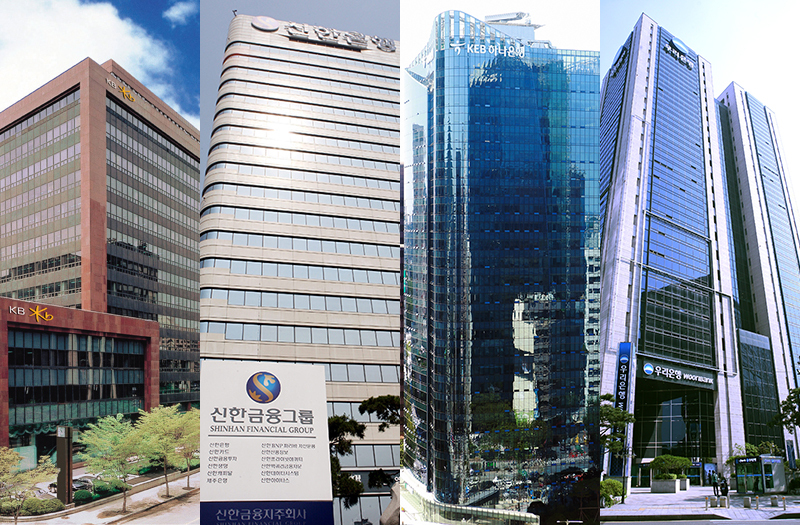 According to their separate regulatory filings, the total net profit of the firms soared 34.5 percent on-year to 14.5 trillion ($12 billion) last year, eclipsing the previous record of 10.8 trillion won in 2020.

The robust net profits were largely driven by commissions tied to increased loans extended to borrowers seeking to purchase stocks and cryptocurrencies, amid a record-low interest rate.

The Bank of Korea had slashed its benchmark interest rate to 0.5 percent in May 2020 and maintained it for more than a year to cushion the economy from pandemic woes. Nodding toward high inflation and the recovering economy, the central bank delivered its first pandemic-era rate hike in August last year, followed by two 0.25 percentage raises in August 2021 and January this year. Last month’s rate hike brought the rate back to a pre-pandemic level of 1.25 percent.

Meanwhile, over the entire of 2021, banks’ household loans increased 71.8 trillion won, the third-largest gain in history.