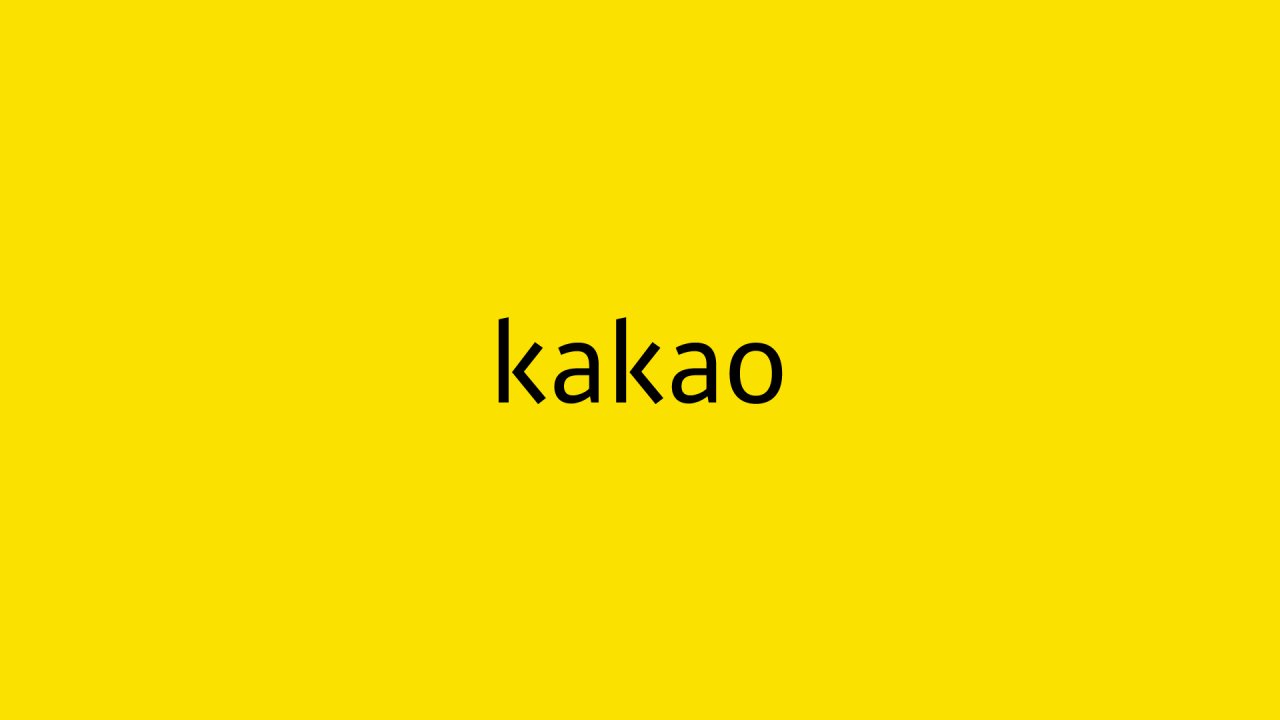 Kakao's logo (Kakao)
Kakao leaders are struggling to restore the platform giant’s brand image and win back the trust of investors after the company’s friendly reputation took a huge hit over a series of mishaps.

“Looking back on the path that Kakao has walked on over the past four years, Kakao has achieved rapid growth with the support of the entire nation. But in the process, we have suffered growing pains and lost the society’s trust so I feel heavily responsible for it,” Yeo Min-soo, Kakao’s co-CEO, said on Friday during a conference call over the company’s fourth quarter earnings.

“Once again, I apologize for the controversies related to Kakao that have come up until recently.”

As Yeo is expected to finish his term next month, he vowed to pass the baton to Kakao’s CEO appointee Namkoong Whon to put earnest efforts into preventing controversial issues in the future and make sure Kakao can create future-oriented innovation that the society expects it to carry out.

Kakao’s new leader also seems desperate to regain the trust of the public, investors and his employees.

“As to show our will to our crew, society and shareholders in a simple keyword, we decided to set the goal of recovering our stock price to 150,000 won ($125) first and foremost,” Namkoong wrote in a post via his Facebook account on Thursday.

“My salaries and incentives will be on hold and I will only receive the legal minimum wage until Kakao’s stock price reaches 150,000 won.”

The CEO appointee said he also requested for the condition that his stock option can only be exercised when the price of a Kakao share is 150,000 won or higher.

Acknowledging that stock prices do not explain everything, Namkoong said the set target shows his will and goal in a clear, simple way.

“As CEO of Kakao, I will do my best to make Kakao a company loved by the society, shareholders and crew again,” he added.

Earlier in the week, Kakao’s founder and chairman Kim Beom-su also showed his efforts to recover the brand’s image as he signed a partnership with the government to create 20,000 new jobs over the next five years.

The Kakao chairman and Prime Minister Kim Boo-kyum on Wednesday attended the event together for the partnership agreement to help the government’s support program on jobs and education for the younger generation.

According to Kakao’s regulatory filing on Friday, the company posted record earnings last year. It posted 6.14 trillion won in revenue and 596.9 billion won in operating profits, on-year increases of 47.6 percent and 30.9 percent, respectively.

Despite the stellar performance, its stock has suffered losses in recent months, with the company embroiled in a number of controversies.

Since hitting the highest 173,000 won in June last year, Kakao’s stock has seen its value cut almost in half. The price tumbled to 82,200 won early this month. The stock closed at 91,700 won per share on Friday.

Kakao Pay, a spin-off of Kakao, also faced backlash after its top executives were found to have dumped a bulk of shares just a month after the firm’s listing. The stock that made a blockbuster debut at 193,000 won in November last year is hovering around 120,000 won in recent weeks.

Kakao had planned to secure massive funds through more spin-off IPOs this year, including Kakao Enterprise and Kakao Mobility. But the plans seem to be on hold amid investor complaints that the company is riding on the recent IPO frenzy while making little effort to protect shareholder rights.