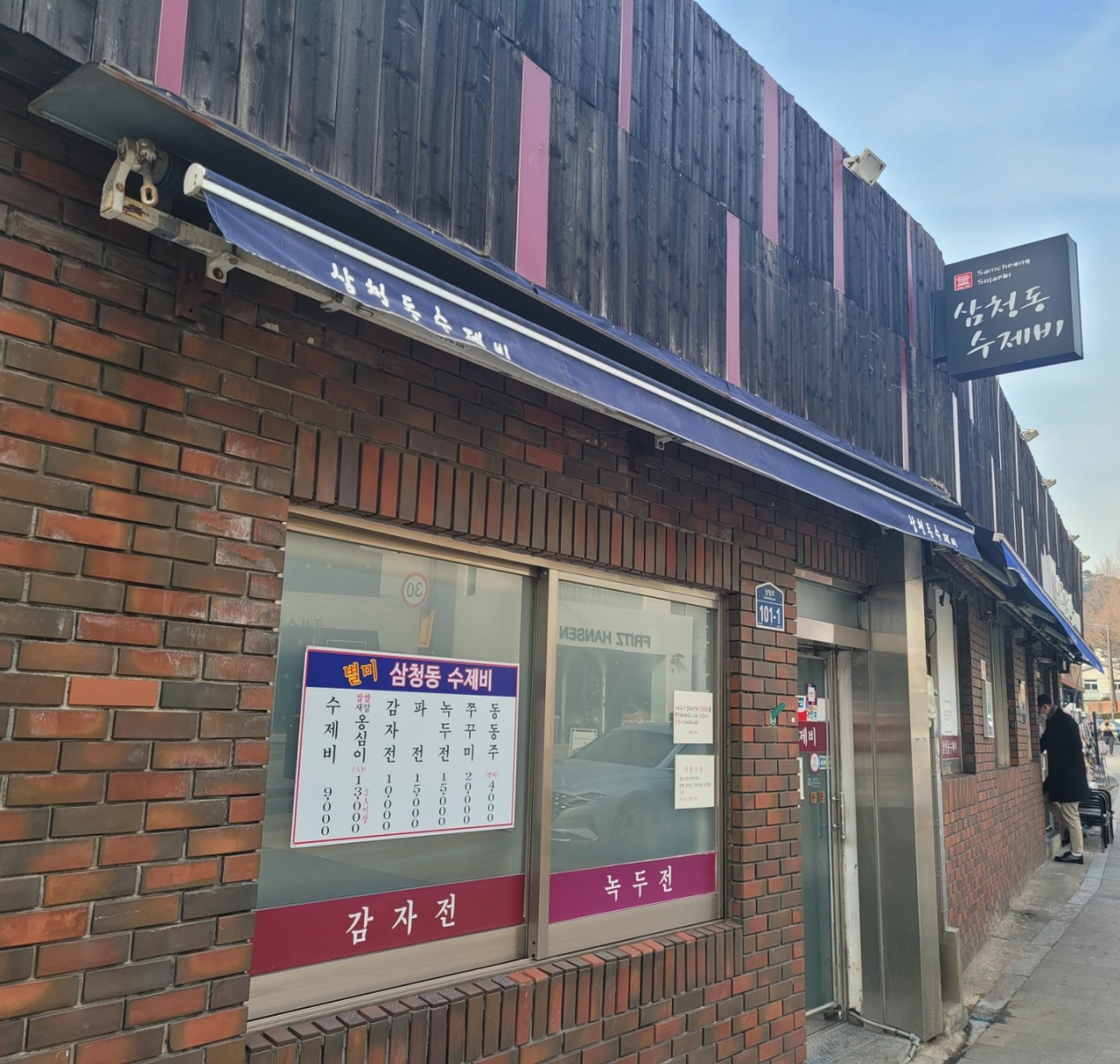 View of Samcheongdong Sujebi located in Samcheong-dong, Jongno-gu, central Seoul (Park Yuna/The Korea Herald)
To make “sujebi,” a humble winter dish to warm the heart and the stomach, bite size flour dough pieces roughly torn and pulled thin by hand are added to boiling savory broth and served at the table in a clay pot.

Records show that the dish originated in the royal kitchen of Joseon. However, the hearty one-pot meal is better known today as a poor man’s fare -- a stripped-down version might just require some flour and dried anchovies. Indeed, it is now seen as nostalgic food among the elderly who used to have it as the mainstay of their meals in the aftermath of the Korean War, when rice was scarce and flour was distributed as food relief.

Samcheongdong Sujebi has been a local haunt since 1982 in Samcheong-dong, a cozy neighborhood right next to Gyeongbokgung where you can taste the Korean soul food. The decades-old restaurant is so popular that people have to stand in a long line to get in, especially during the peak lunch hour. The popular combination here is sujebi and gamjajeon, or potato pancake, which is another must-try at the restaurant. The golden brown potato pancake is crispy on the outside and soft in the inside.

Broth for sujebi is typically made with dried anchovies and kelp, simmered for minutes or hours for a rich flavor. Served in a crock, the flavorful broth and chewy dough pieces make for the perfect comfort food in the harsh winter.

Two different types of kimchi -- radish and cabbage -- are placed on each table to go with the piping hot sujebi. 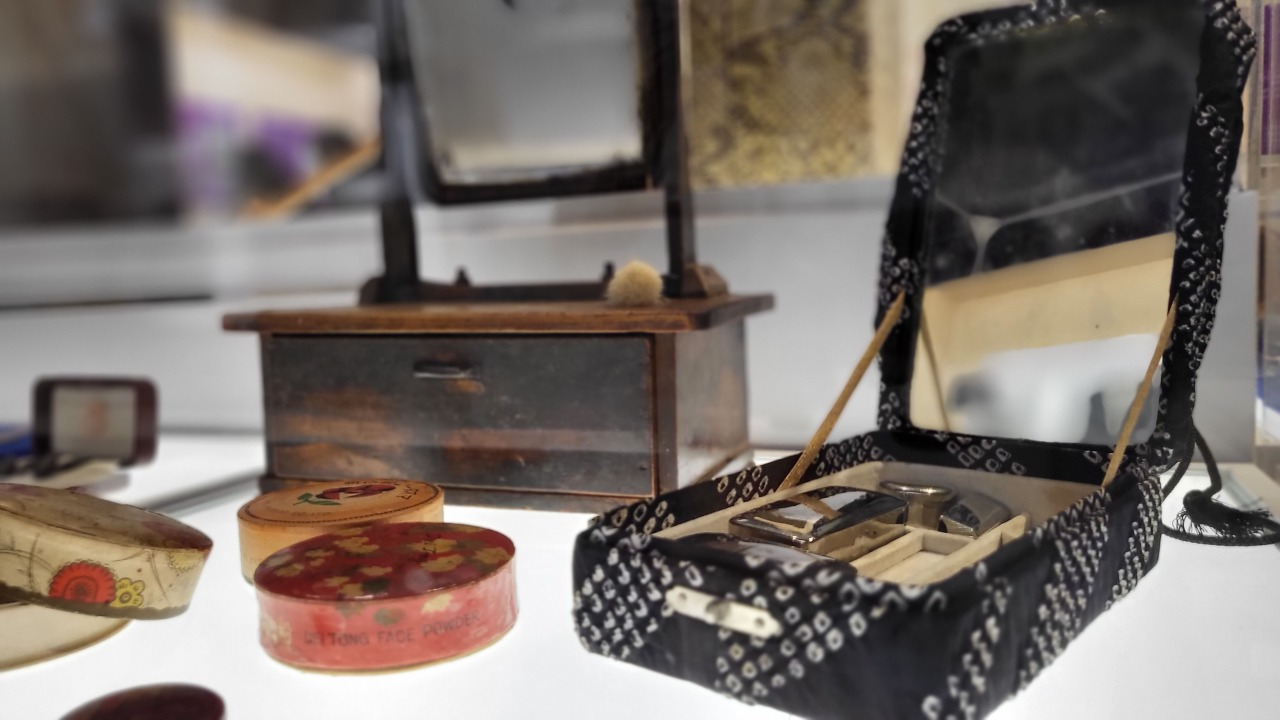 During the 1930s when Korean was under Japanese colonial rule, Seoul, or Gyeongseong as it was called at the time, was known as the “golden age of department stores.” The five major department stores of the time -- Hirata, Minaki, Jojiya, Mitsukoshi and Whashin -- were commercially successful.

Whashin, which started out as a small store, called itself “the only department store established by a Korean,” and became a national landmark that citizens of Gyeongseong wished to visit.

In the exhibit, the urban consumer culture that was fueled by the Western-style six-story building and neon signs are well represented through maps, three dimensional artworks and storytelling via a video interview of those who resided there at the time. 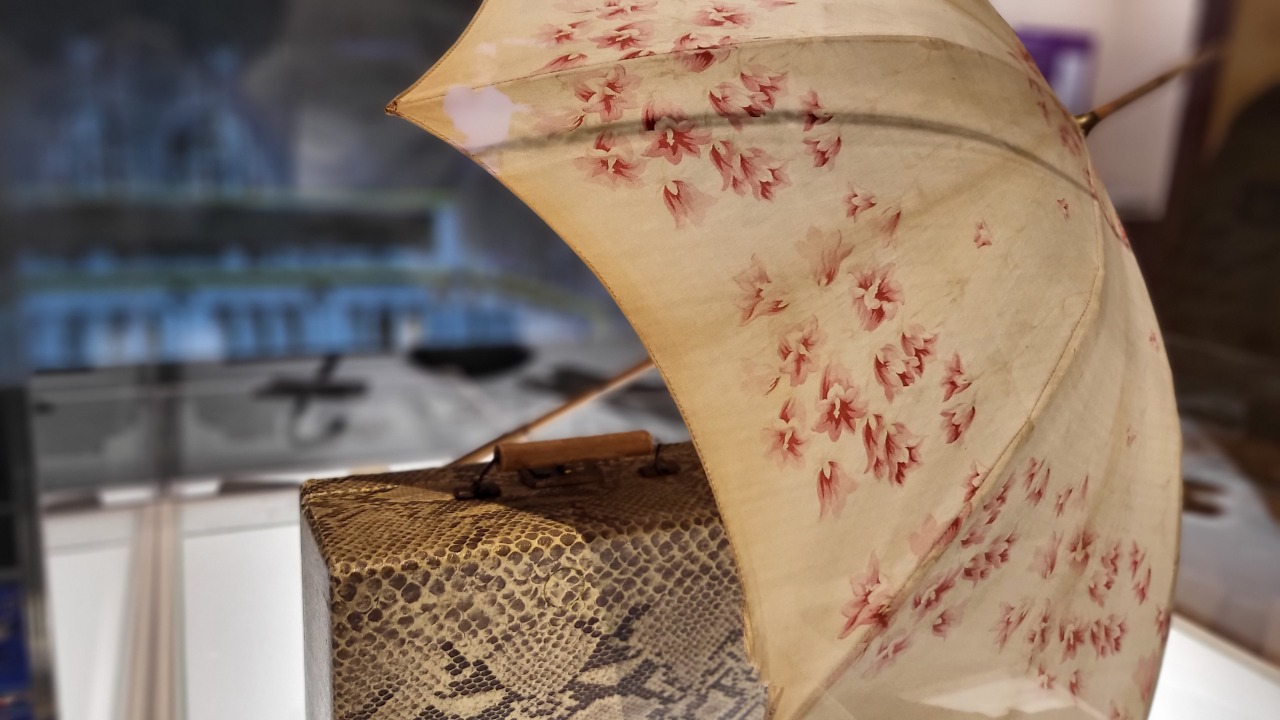 An umbrella and briefcase sold at the Whashin Department Store (Kim Hae-yeon/ The Korea Herald)
Daily commodities and fashion attire sold at Whashin, including receipts and price tags that speak of the latest trends, are also on display.

Half a century since its opening in 1937, Whashin was inevitably torn down to meet the needs of the Jongno Expansion Plan, and as a result, Jongno Tower stands in its place today. 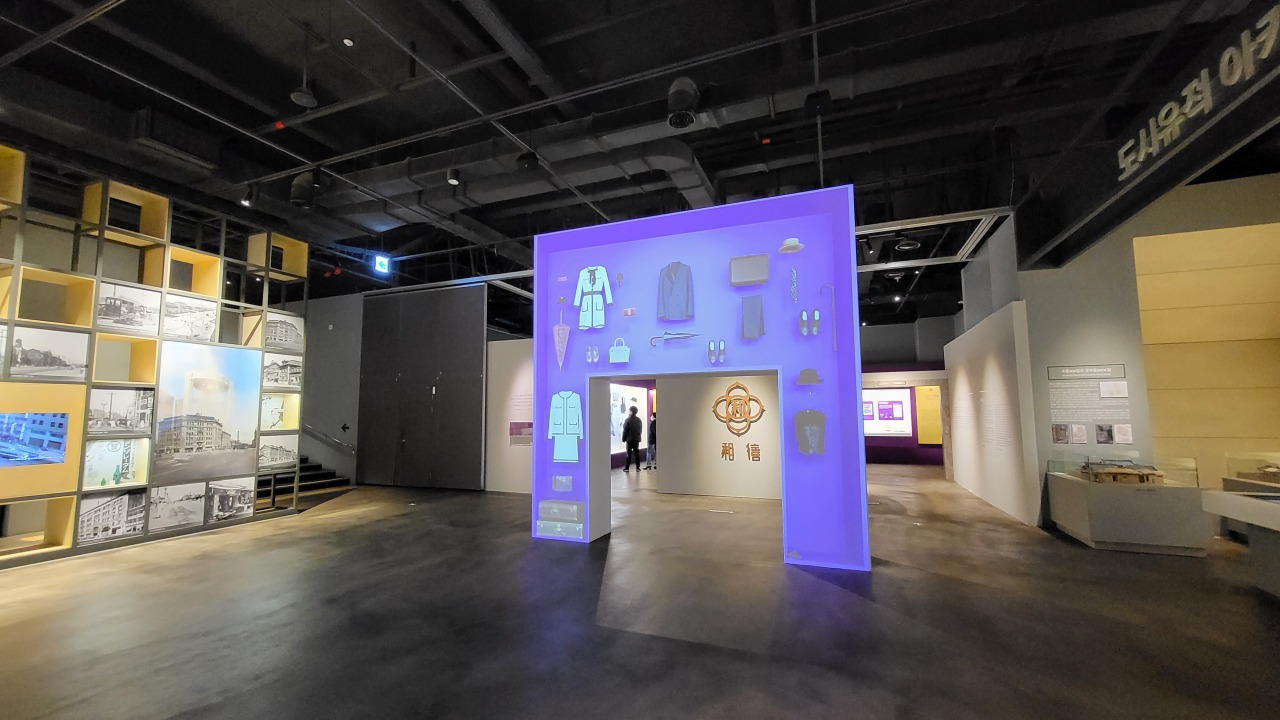 Entrance to “Whashin Department Store: Jongno’s Old Landmark” (Kim Hae-yeon/ The Korea Herald)
On the way out, visitors can also drop by the permanent exhibit at Gongpyeong Historic Site Museum on 16th to 17th century Joseon sites. The museum displays in detail various relics and recreated models of the sites marked with where the houses had been built. Visual and audio materials also help visitors imagine the surroundings and culture of the Joseon era. 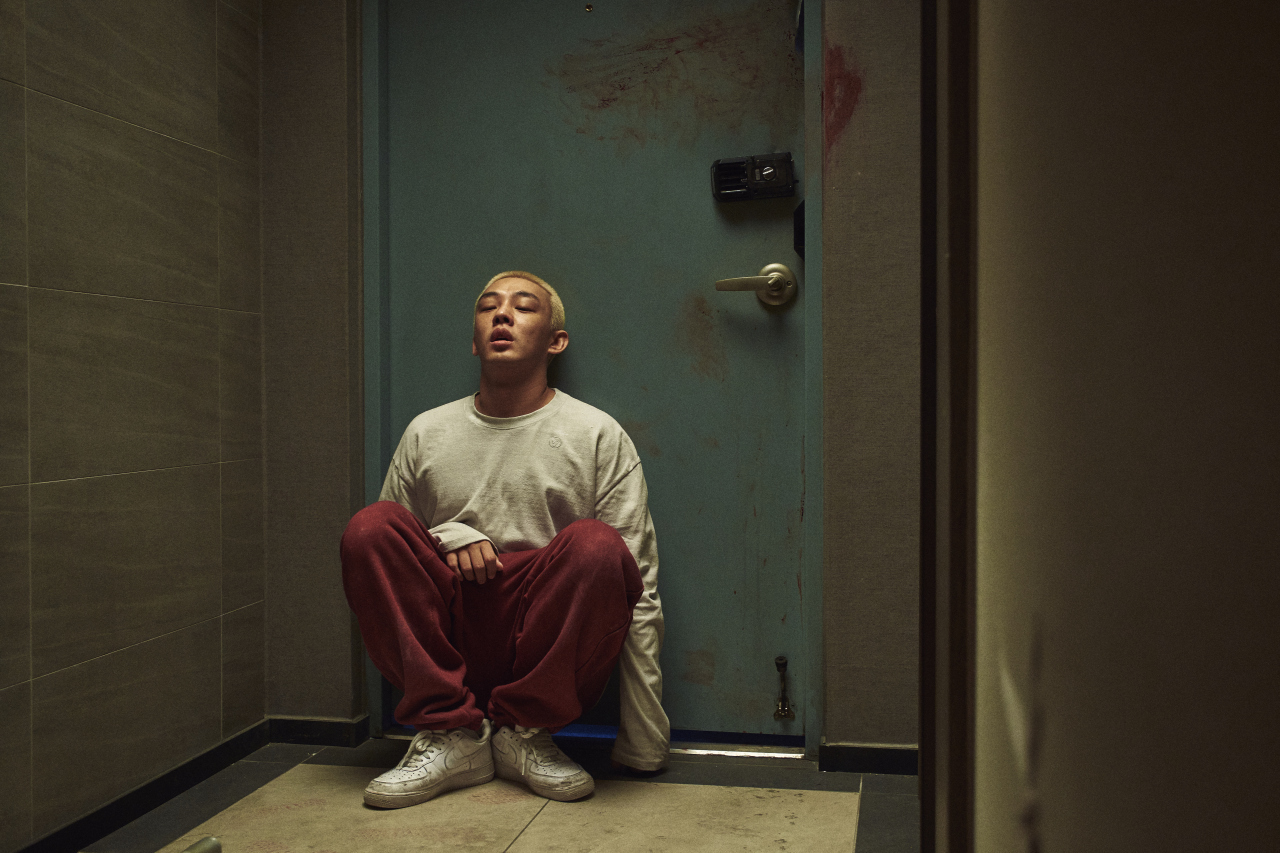 If the 12-part Netflix zombie thriller “All of Us Are Dead” was not enough, you can check out another famous Korean zombie flick, “#Alive,” this weekend via video streaming platform Netflix.

The film, directed by Cho Il-hyung, revolves around two survivors in an apartment complex during a zombie apocalypse.

Actor Yoo Ah-in takes the role of Oh Jun-u, a YouTuber and gamer, who slowly recognizes that he is being isolated from the outside world after staying in his flat. Another lead character, Kim Yu-bin, played by Park Shin-hye, meets Jun-u after escaping the sudden outbreak of a zombie disease.

Unlike other famous zombie series, the film wastes no time in explaining the source of the virus and the behavioral patterns of the undead.

“#Alive” heavily focuses on the psychological state and change of emotions of the lone survivors instead of the action sequences.

Zombie-genre fans, who enjoyed the US horror movie “Alone” (2020), will definitely love watching “#Alive,” since it was written based on a 2019 script from “Alone” writer Matt Naylor.

With many famous zombie works produced in unique settings -- a high-speed KTX train in “Train to Busan” (2016), a Joseon era palace in “Kingdom” (2019), and an abandoned building complex in “Peninsula” (2020) – “#Alive” taking place in a typical Korean-style apartment hits closer to home than other zombie films.

The 100-minute film is available on Netflix with English subtitles.