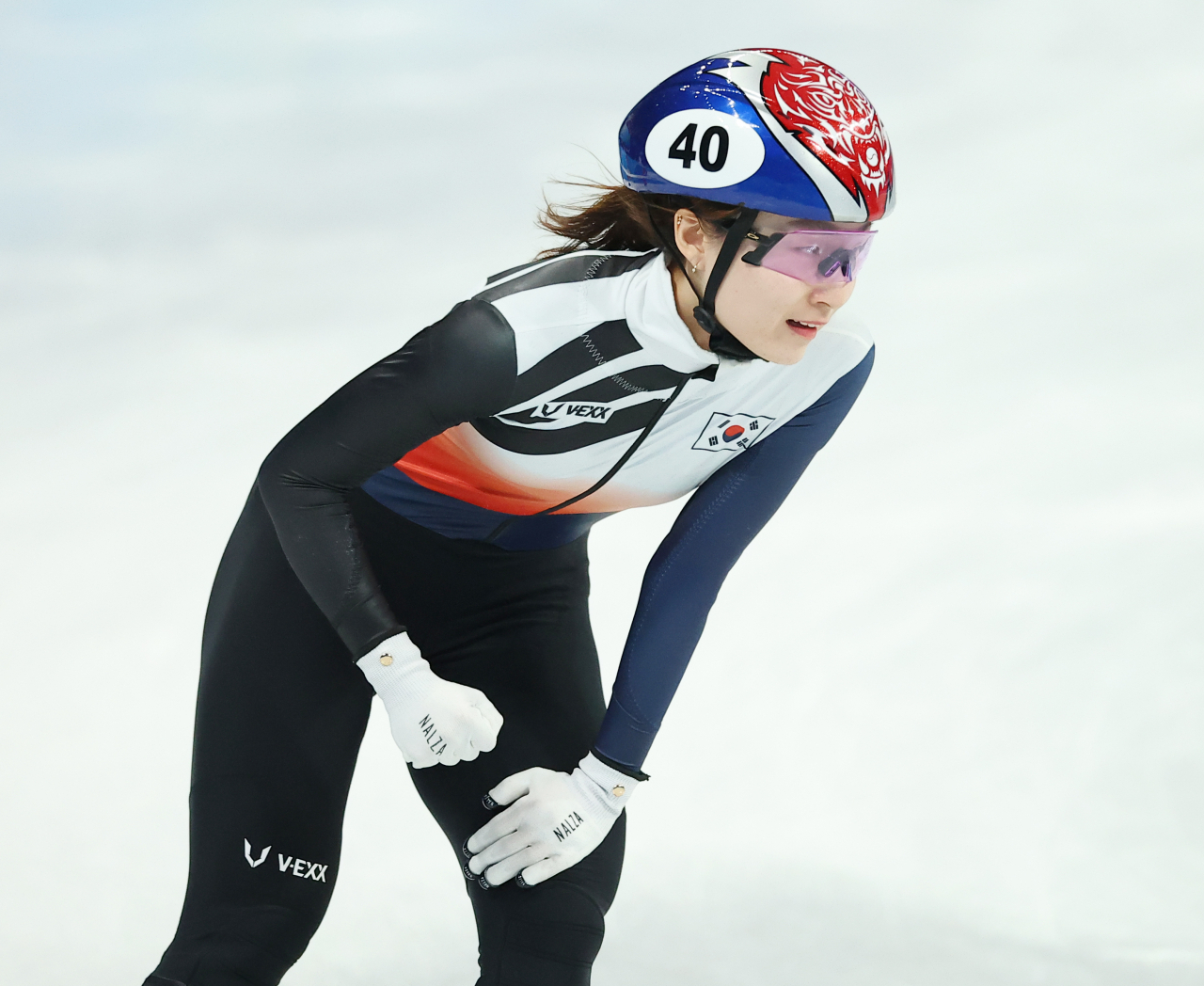 Choi Min-jeong of South Korea celebrates after clinching a berth in the final of the women's 3,000m short track speed skating relay at the Beijing Winter Olympics at Capital Indoor Stadium in Beijing on Tuesday. (Yonhap)

BEIJING -- After three days' worth of races, South Korea finally has its first gold medal in short track speed skating at Beijing 2022.

On Friday, Choi Min-jeong will try to add to that total.

Choi, the double gold medalist from PyeongChang 2018, will compete in the quarterfinals of the women's 1,000m at Capital Indoor Stadium, with the semifinals and the final also scheduled for later in the evening.

Hwang Dae-heon came through with South Korea's first gold in short track and also its first gold anywhere in Beijing, with his men's 1,500m title Wednesday. That same day, Choi cruised through her 1,000m heats and anchored South Korea to the final in the women's 3,000m relay.

She was a member of the mixed relay team that got knocked out of the quarterfinals Saturday. Two days later, Choi took an abrupt fall without contact during the 500m quarterfinals. But she showed no ill effects from those disappointing early races Wednesday.

Also in short track on Friday, the men's 500m heats and the men's 5,000m relay semifinals will take place. Hwang will take part in both events.

Elsewhere on Friday, the men's skeleton medalists will be determined after the final two of the four-run competition. The reigning Olympic champion Yun Sung-bin and rising star Jung Seung-gi will represent South Korea at Yanqing National Sliding Centre in Yanqing District, northwest of Beijing.

The women's curling team will face Britain in its second round robin game. There are 10 nations in the women's competition. After round robin, the top four teams will reach the semifinals. (Yonhap)