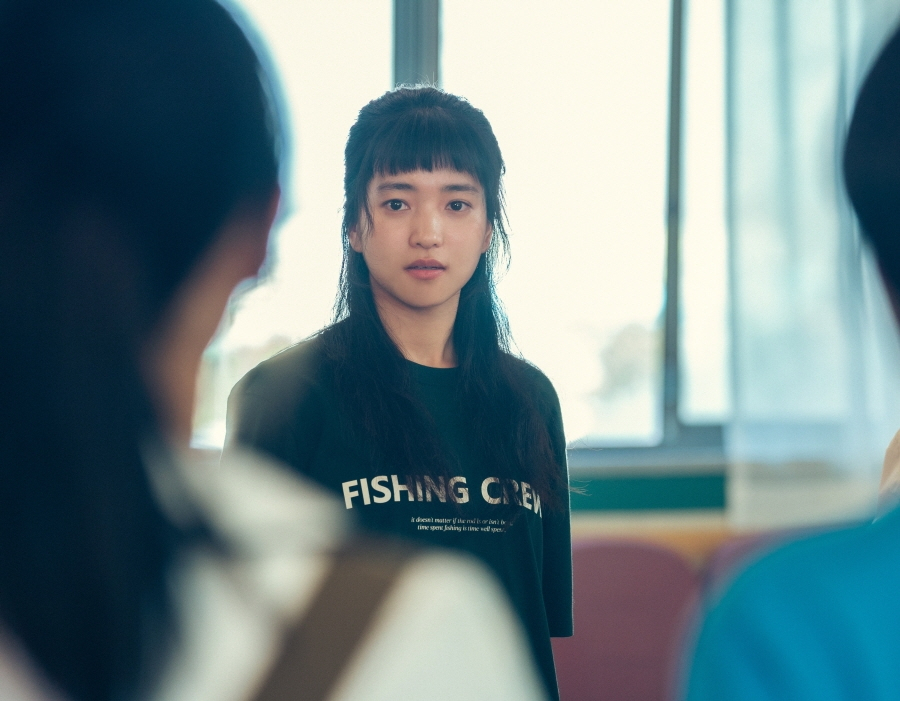 This photo provided by tvN shows a scene from "Twenty Five Twenty One." (tvN)

South Korean star actress Kim Tae-ri will return to the small screen after more than three years off as a teenage fencer in the new coming-of-age romance drama "Twenty Five Twenty One."

Rising to stardom for her role in Park Chan-wook's period thriller "The Handmaiden" (2016), she chose the tvN's weekend primetime series for her first TV project since the historical romance "Mr. Sunshine" (2018).

"I know there are many popular genre movies and TV series now, but 'Twenty Five' is different," Kim said Wednesday in a press conference streamed online. "It's a story that makes people feel happy and gives them a fluttering feeling."

"Twenty Five" depicts love and the lives of five young people in the late 1990s, when South Korea suffered the Asian financial crisis and experienced a seismic change in economy, society and culture.

Kim plays Hee-do, a member of a high school fencing team that is about to be disbanded due to financial issues. She overcomes all the difficulties and achieves her dream as a fencer with her teammate Go Yoo-rim (Bona) and boyfriend Yi-jin (Nam Joo-hyuk).

"Hee-do is very bright and energetic. She's different from my previous characters," she said. "She's very confident and determined to do what she likes and what she can do. She's really like myself."

For the character, the 31-year old actress said she had learned fencing for about six months before the series' production started last summer. But she complained that the sport was too difficult for her to win even a practice game with her colleague, Bona.

"It is very exciting, but it frustrates me at the same time," she said, laughing. "I had some practice games with Bona during the lesson. But I lost to her all the time. I couldn't stand it and worked harder and harder. When I won finally, I cried."

Director Jung Ji-hyun said the lifelike stories of each character in the time of social upheavals of South Korean modern history will resonate with people who are currently going through the unprecedented COVID-19 pandemic.

"I think we all lived in turbulent times in the late 1990s. I was a high school student, as are the characters in 'Twenty Five,'" said the director, who helmed romances "Search: WWW" (2019) and "The King: Eternal Monarch" (2020). "Many young students living in the pandemic will sympathize with the turbulent romantic relationships and lives of people of their age about 20 years ago."

"Twenty Five Twenty One" will air every Saturday and Sunday night on tvN starting this weekend and will also be available to stream globally on Netflix. (Yonhap)