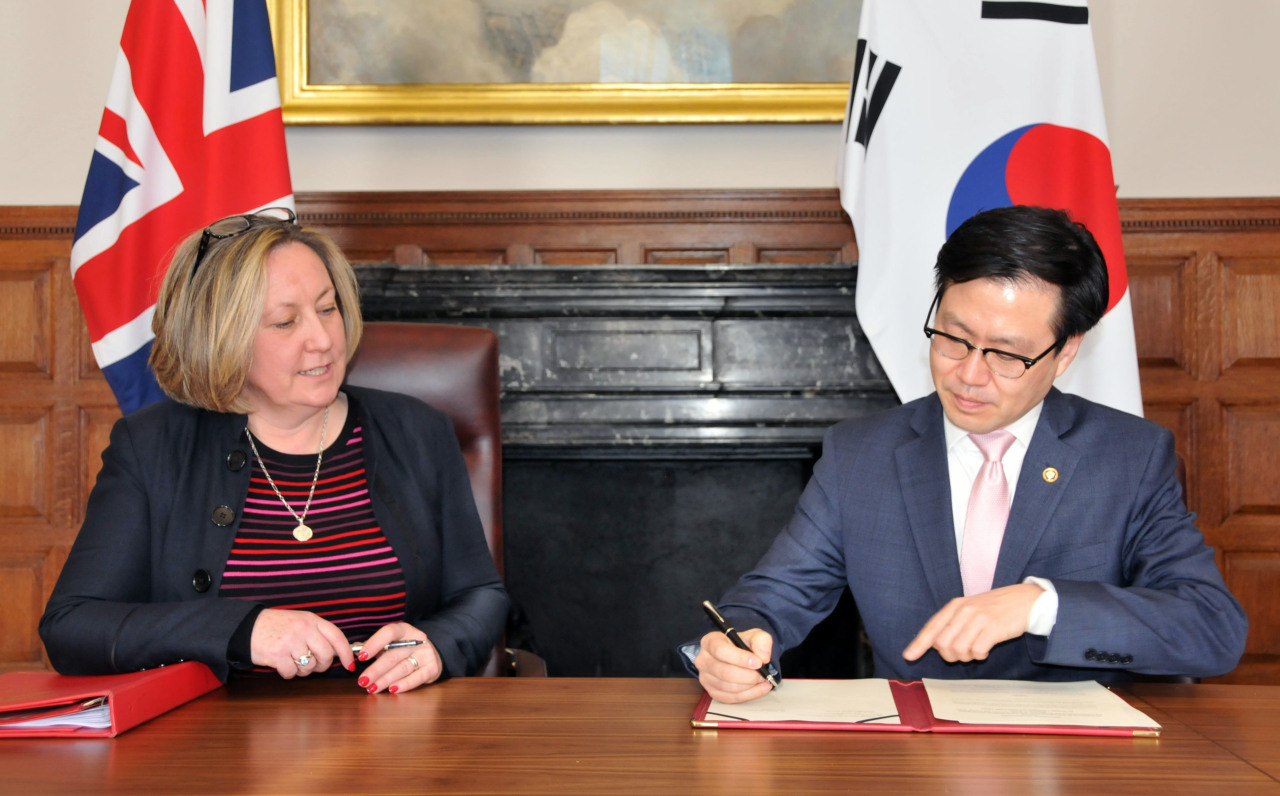 The agreement was made during an initial meeting of the South Korea-Britain free trade agreement (FTA) committee in London on Monday.

During the talks, the two sides agreed to set up a director-level consultative body to discuss their push for talks on the potential revision of the FTA, according to the Ministry of Trade, Industry and Energy.

Minister Yeo proposed beefing up rules on their online transactions, as well as the creation of an investment chapter so as to promote bilateral investment and to better protect investors, according to the ministry.

One year after the pact, their trade volume came to $11.8 billion, up 32.6 percent from the same period a year earlier, according to government data.

The two ministers also signed a memorandum of understanding (MOU) meant to boost ties on supply chains of key materials.

The MOU calls for holding both senior-level and working-level talks on a regular basis to exchange policy measures and information regarding supply chain issues and to promote two-way investment and trade, the ministry said.

Yeo is in London for a two-day stay from Monday as part of his two-nation trip, which will later take him to Geneva. (Yonhap)