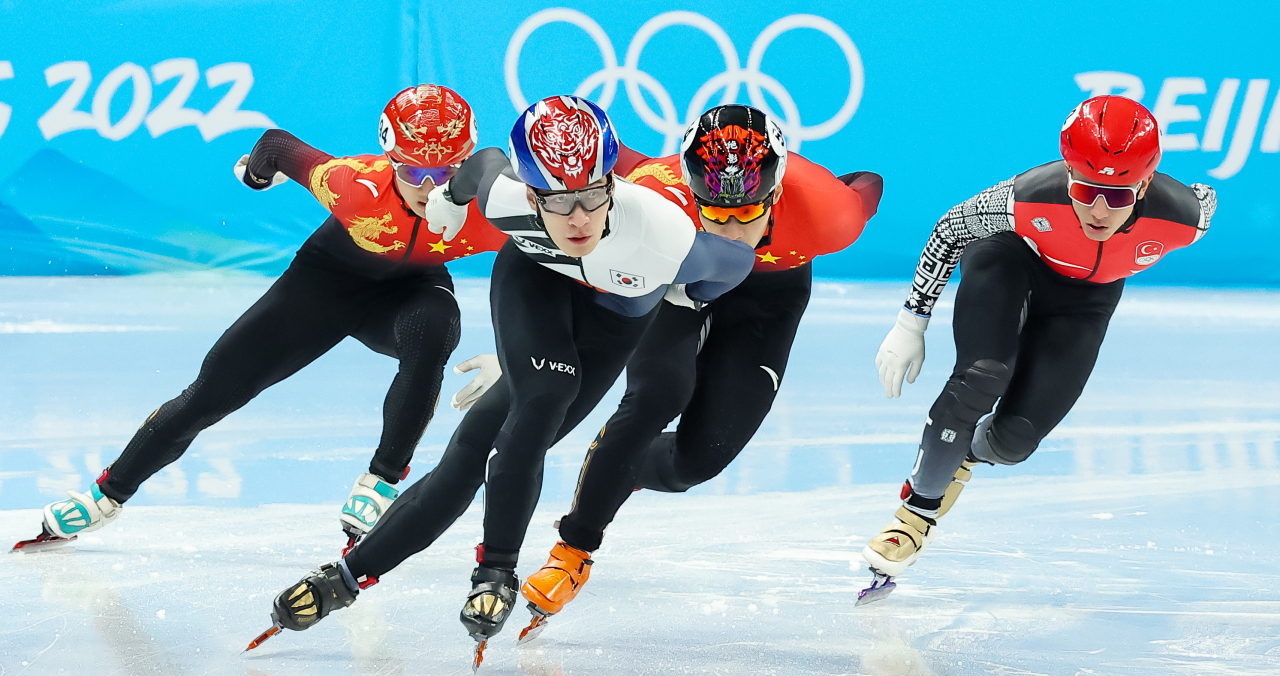 Hwang Dae-heon of South Korea (2nd from L) competes in the semifinals of the men's 1,000m short track speed skating at the Beijing Winter Olympics at Capital Indoor Stadium on Monday. (Yonhap)
BEIJING -- The international skating governing body has rejected a South Korean protest following the disqualification of its short track speed skater at Beijing 2022.

The International Skating Union (ISU) said in a statement on Tuesday that decisions regarding disqualification for rule violations cannot be challenged.

South Korea had filed its protest Monday after Hwang Dae-heon was penalized during his semifinal heat in the men's 1,000m race at Capital Indoor Stadium. He was called for what the referee determined was "an illegal late pass causing contact" with another skater.

However, the ISU, citing Rule 123 of its General Regulations, said the referee rejected the protest.

"As a matter of fact, in line with the applicable field of play principles, no protests against the officials' decisions concerning disqualification or non-disqualification for violation of any racing rules are allowed," the ISU's statement said. "The chief referee reviewed the incident once more with the video referee and stands by his final decisions."

Hungary also filed a protest after Liu Shaolin Sandor received a yellow card for two penalties in the 1,000m final but it too was rejected.

Another South Korean skater, Lee June-seo, was disqualified in a separate semifinal heat, but South Korea didn't protest his penalty.

South Korea plans to take the matter to the Court of Arbitration for Sport, the top international sports tribunal. (Yonhap)