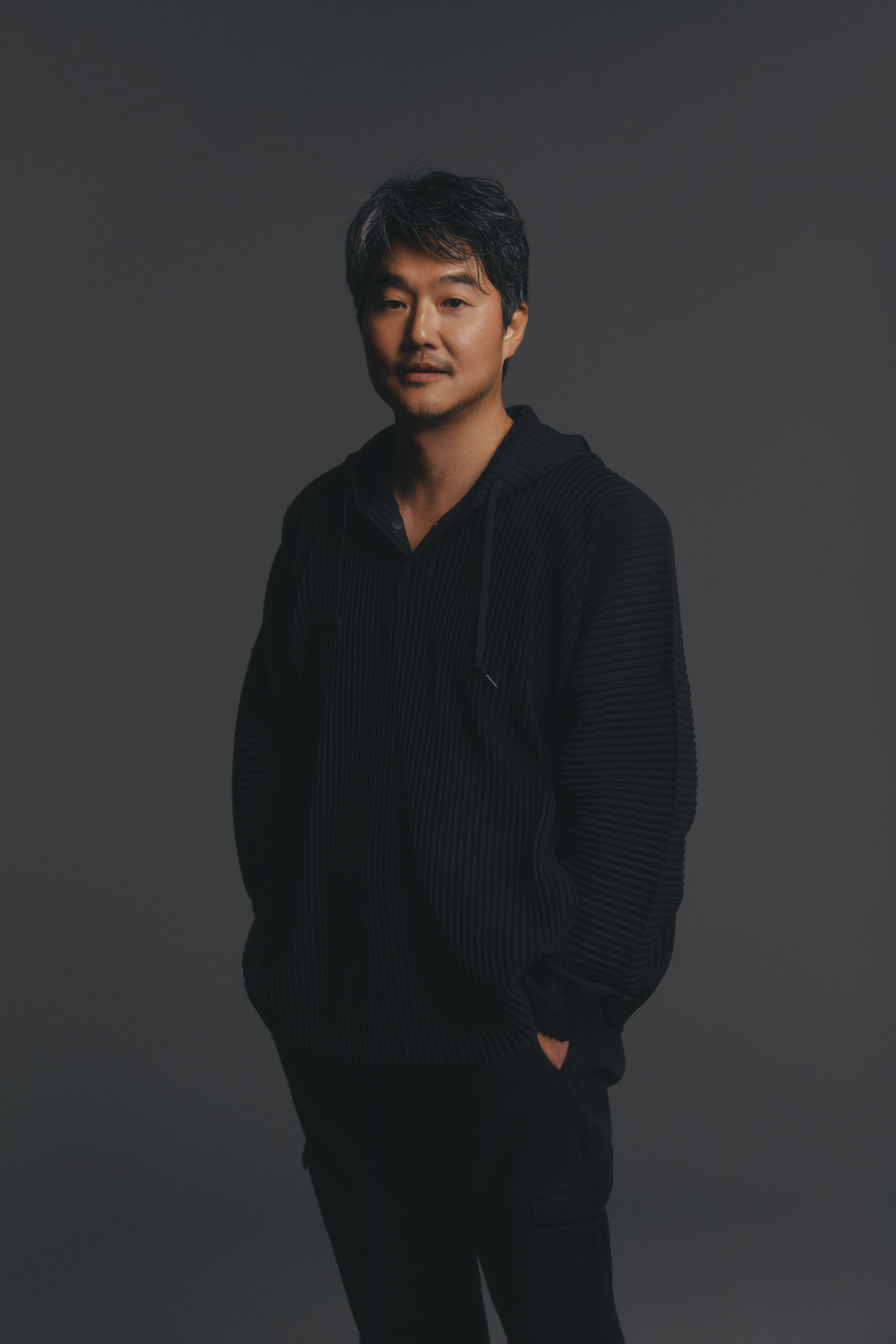 “Many directions, settings and scenes were intentionally produced to expand the story into an additional season, including the introduction of the new races of zombies -- immune and immortal. If the first season can be seen as having presented humanity‘s survival, the next season can talk about the survival of zombies. I hope to present viewers with another season,” Lee said during an online interview with a group of reporters on Monday.

Though “All of Us Are Dead” is an adaptation of a legendary zombie webtoon of the same title by author Joo Dong-geun, the director said that many settings, characters and some stories were tweaked for the series.

“I think the level of expression in a webtoon is very different from that in a film or drama series. In trying to make our series enjoyable to wide range of people, I definitely refined some characters and made them look less violent and murderous, including Gwi-nam and Na-yeon,” the director said.

When asked about the unique zombie actions in different settings -- the cafeteria, science lab, gym and library -- the director expressed his satisfaction and praised both the production team and cast’s efforts.

“Though I was going through an inflection point when shooting the library scene for five days, the ever-passionate production team and staff were my motivation in carrying on. And I saw many young actors unable to deliver motions in the wild action scenes, but actors Yoon Chan-young and Yoo In-soo showed excellent performance in the library,” the director told The Korea Herald.

“Unlike many other scenes, we were editing the library scene on-set so that the necessary changes could be made more easily while shooting the scene. Watching the edited version, I thought this would be a very exciting scene to watch,” Lee added. 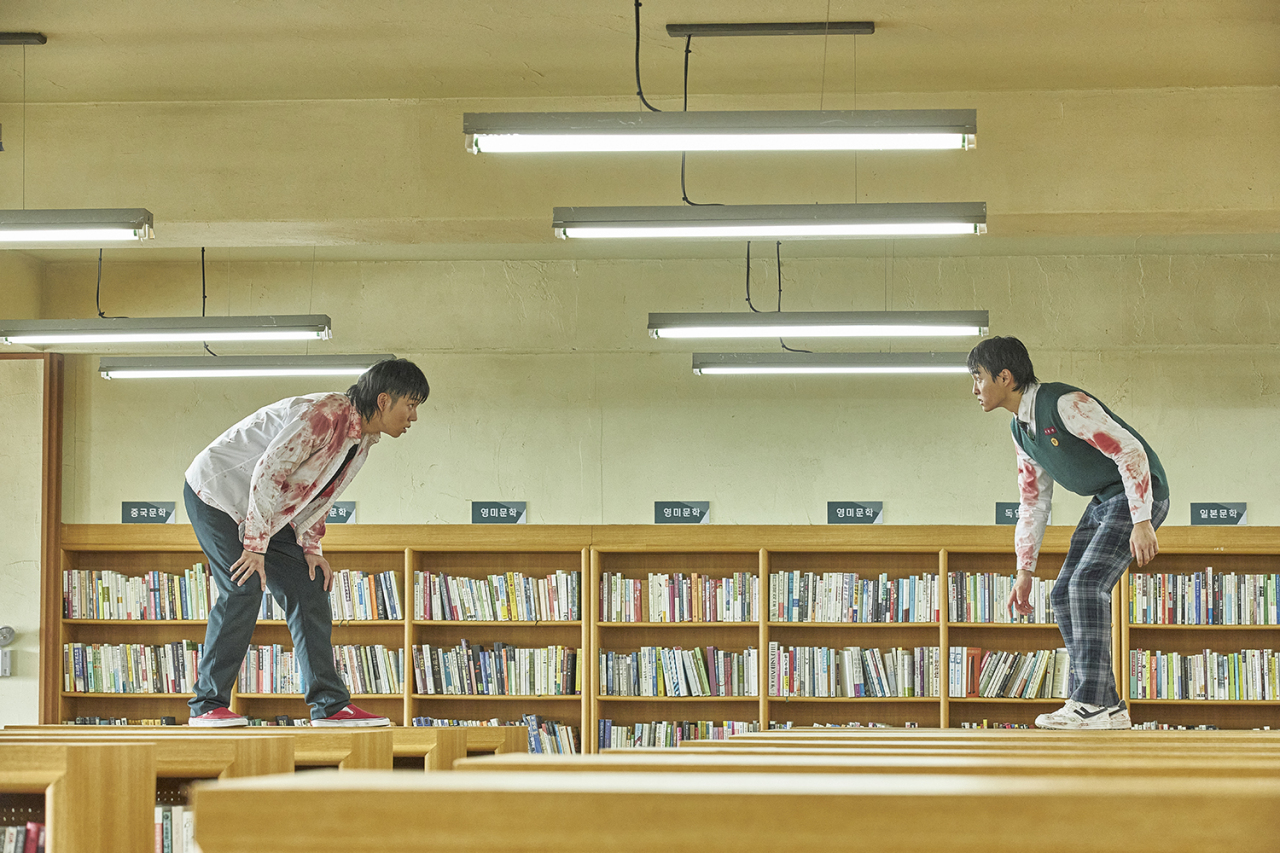 Gwi-nam (played by Yoo In-soo) (left) and Cheong-san (played by Yoon Chan-young) stare at each other in a scene from “All of Us Are Dead” (Netflix)
The 51-year-old director also discussed his difficulty in understanding high school students’ lifestyle and point of view.

“It has been more than 30 years since I graduated high school. The original webtoon series began in 2009. I think 10 years is enough time for everything around us to change. I carefully monitored the expressions and behaviors of high school students today, though it was not easy,” Lee said.

“Some actions and expressions of today’s students were very difficult to comprehend with the mind of an adult. We carefully communicated with the actors, who were high school students themselves, to confirm these parts,” the director said.

While hoping that many viewers would enjoy the exciting zombie thriller, Lee hoped it caused them to reflect on the social issues raised in the series as well. 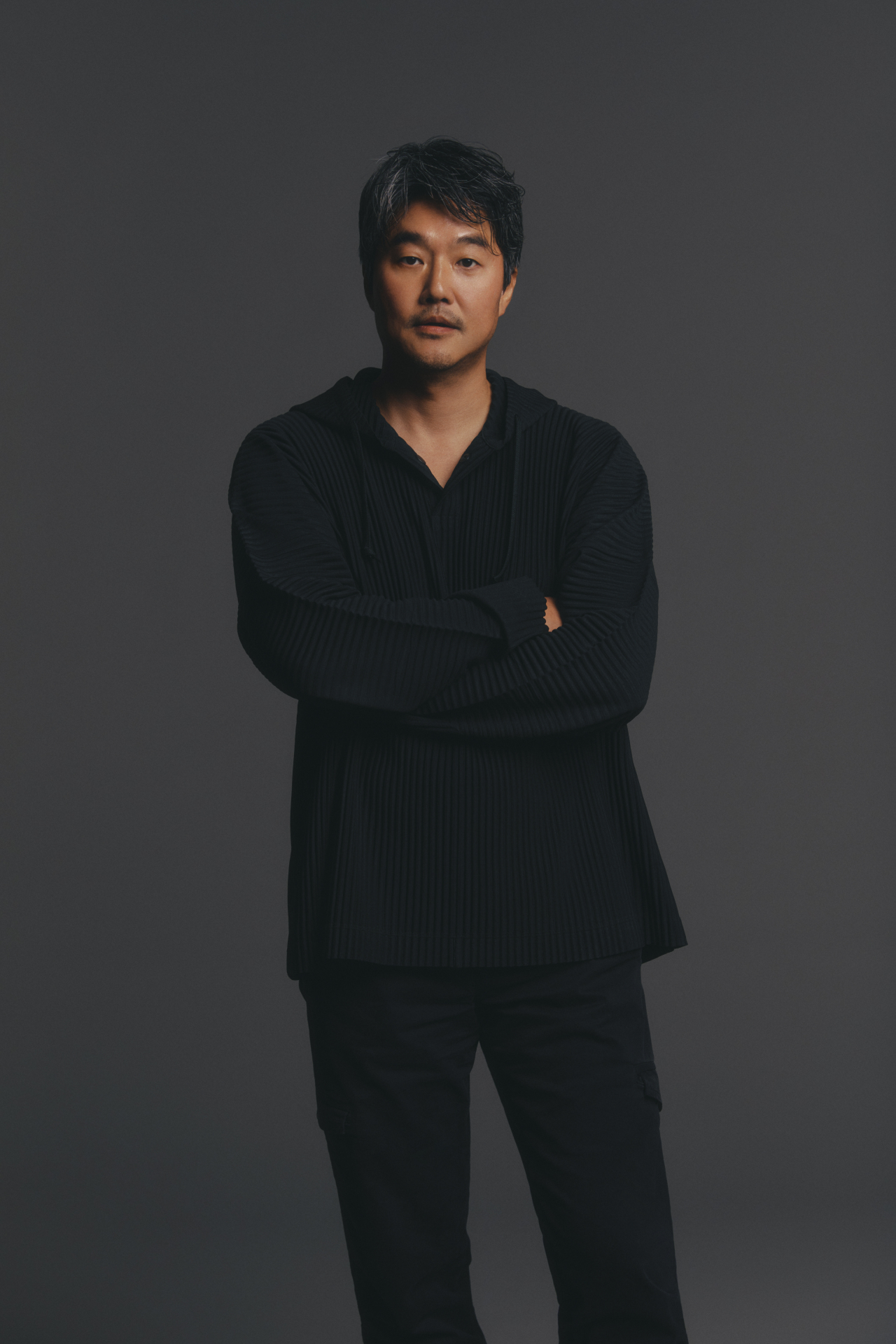 Director Lee Jae-kyoo (Netflix)
“The origin of zombie virus was introduced in the series as an attempt to highlight the people who take responsibility and those who do not when an event, such as school violence, occurs. Though it is another zombie action thriller, I thought the series provides the viewers with a chance to think about what kind of people they are,” Lee said.

The 12-part series has topped the Netflix’s streaming charts around the world since its release on Jan. 28, becoming the fourth Korean-language series to top Netflix’s weekly official chart for non-English TV series, following “Squid Game,” “Hellbound” and “The Silent Sea.”