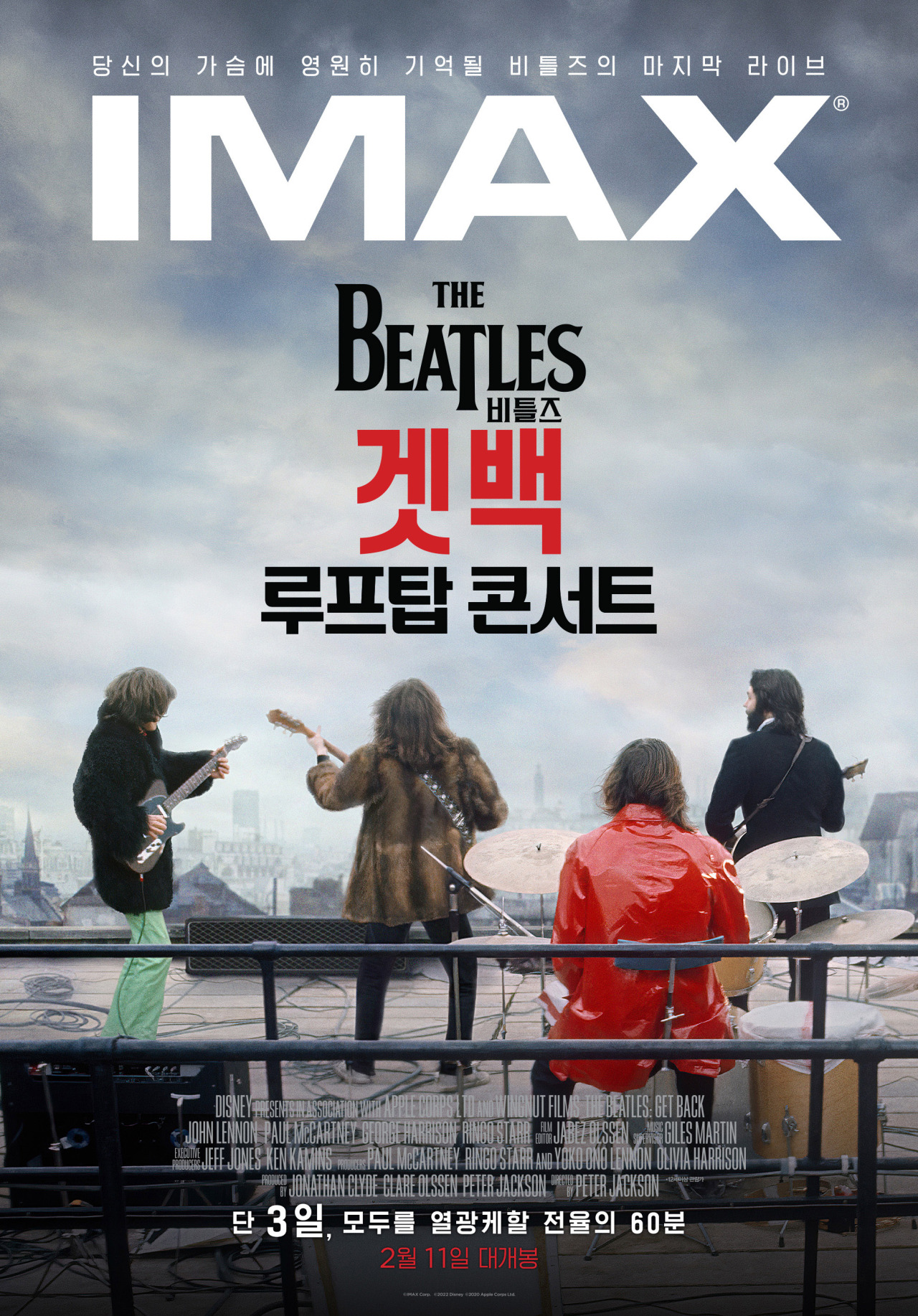 Poster image of “The Beatles’ Get Back: The Rooftop Concert” (Walt Disney Company Korea)
A documentary film on the Beatles featuring the group’s final performance will hit local theaters next month.

“The Beatles’ Get Back: The Rooftop Concert” will be screened Feb. 11-13 at IMAX theaters, according to Walt Disney Company Korea on Friday,

The one-hour movie is the edited highlights of Peter Jackson’s documentary series “The Beatles: Get Back,” which was released on Disney+ last month.

Jackson completed the documentary series based on 60 hours of previously unseen footage that was shot in 1969, and more than 150 hours of audio from the original “Let It Be” film project.

It covers the making of the Beatles‘ 1970 album “Let It Be” and behind-the-scenes look at the band’s live performance “Rooftop Concert” that took place in London in 1969.

The band played a 42-minute set before the police asked them to lower the volume. It was also the final in-person performance of the Beatles before disbanding.

“The Beatles’ Get Back: The Rooftop Concert” will open at CGV IMAX theaters in Yongsan and Wangsimni, Seoul, as well as those in Daejeon, Gwangju, Seomyeon.