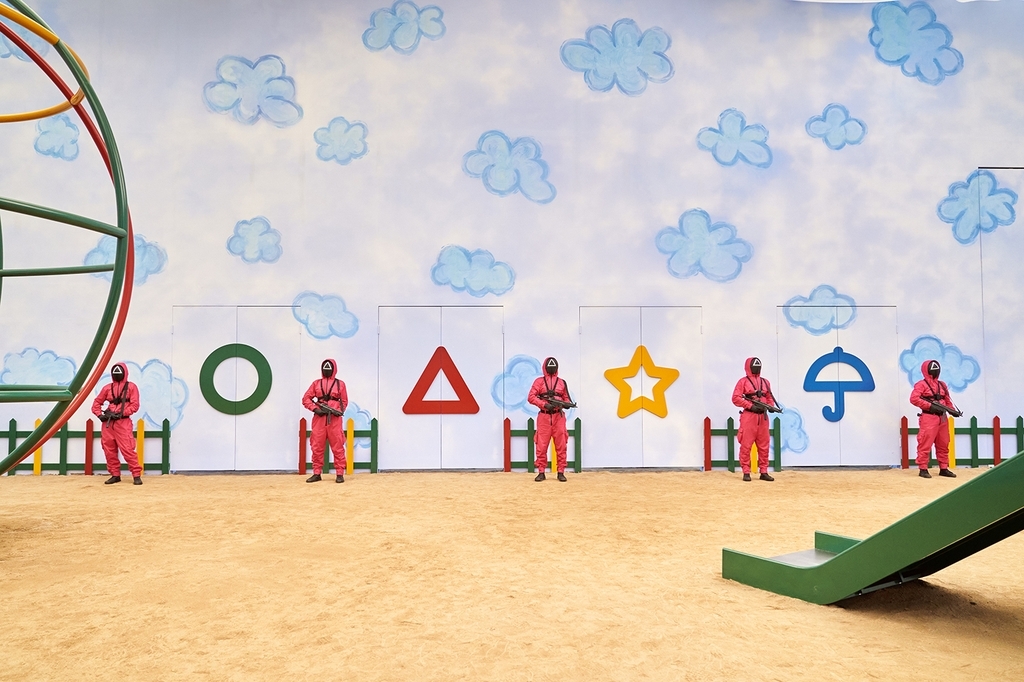 This image provided by Netflix shows a scene from "Squid Game." (Netflix)
South Korean global phenomenon "Squid Game" has been nominated for the annual Producers Guild of America (PGA) Awards.

The PGA on Thursday (US time) announced nominations for this year's awards show, honoring excellence in film and TV productions. The 33rd edition will take place on March 19.

"Squid Game," a Korean-language Netflix original, was listed as a contender for the category of Norman Felton Award for Outstanding Producer of Episodic Television - Drama. It will vie with "The Handmaid's Tale," "The Morning Show," "Succession" and "Yellowstone."

It is the first time that a non-English TV program has received a nod at the PGA Awards.

In 2020, Oscar-winning "Parasite" was nominated for the best motion picture category but failed to win.

Since its stellar debut in September, "Squid Game" has been collecting multiple accolades and nominations from prestigious awards shows in the United States.

It won the best long-form TV series title at the Gotham Awards in November and took the best TV supporting actor prize for O Yeong-su at this year's Golden Globes.

The all-Korean show has also been recognized by other Hollywood guilds, including the Screen Actors Guild (SAG) Awards and the Art Directors Guild (ADG) Awards. (Yonhap)