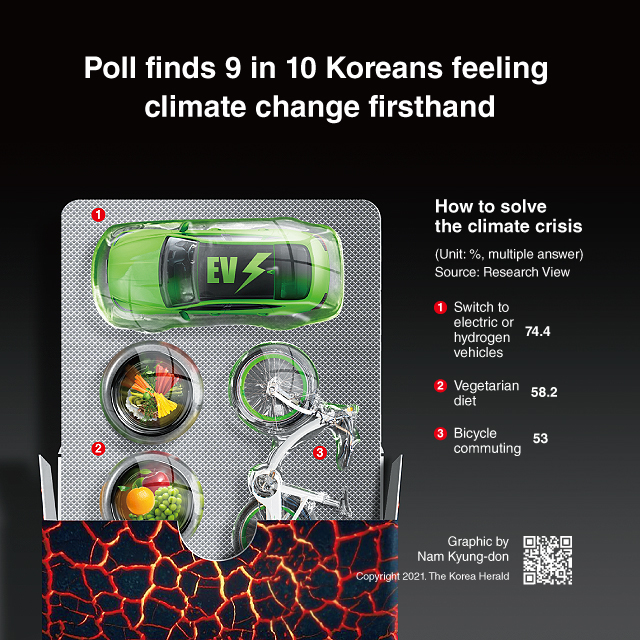 Nine out of 10 South Koreans feel climate change firsthand and are willing to accept any inconvenience caused by policies to solve the problem, a poll showed.

According to the poll of 1,000 adults nationwide by a civic group, 89.2 percent answered that they actually feel the effects of the climate crisis and 88.5 percent expressed a willingness to accept the inconvenience of policies introduced to address the crisis.

The poll was conducted by pollster Research View from Dec. 14-18 at the request of the Asian Citizen‘s Center for Environment and Health and has a margin of error of plus or minus 3.1 percentage points with a confidence level of 95 percent.