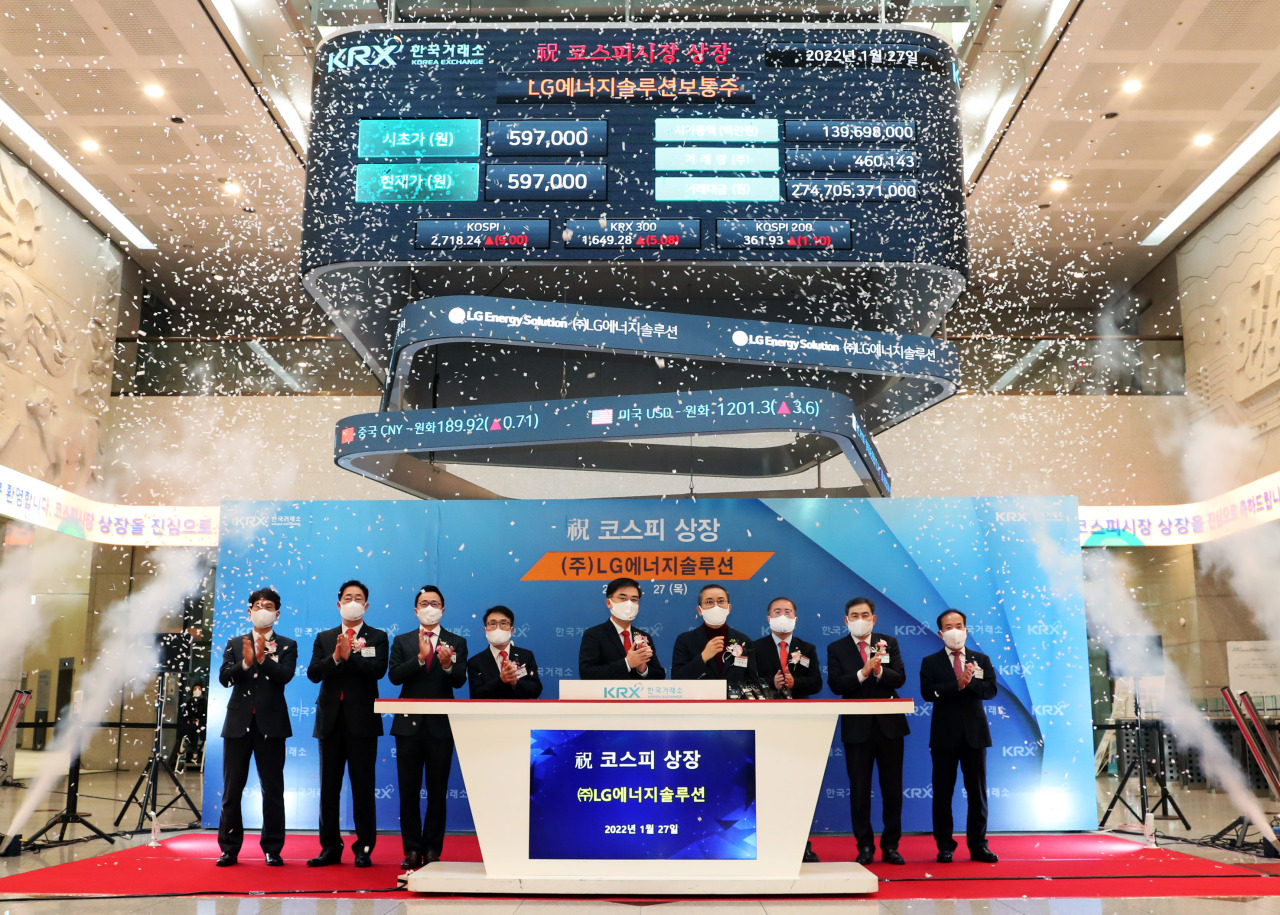 But shares on the company’s market debut day put its market value at 118 trillion won, second only to Samsung Electronics. The chip giant has a market cap of 425 trillion won, followed by rival chipmaker SK hynix worth 82 trillion won.

“It’s been 30 years since we first started the battery business in 1992. Today marks not an end, but a new beginning of another 100 years to come,” LG Energy Solution CEO Kwon Young-soo said at a ceremony held to celebrate the market debut at the Korea Exchange’s Seoul branch.

The world’s second-largest battery maker, which had attracted record bids from both retail and institutional investors at a little over 114 trillion won and 15,000 trillion won, respectively, is headed for growth, according to Kwon, who has openly spoken of his firm outcompeting CATL, its bigger Chinese rival.

LG Energy Solution will edge past CATL in market share, Kwon has said, referring to its wider range of clients served. The majority of CATL sales take place domestically while LG Energy Solution provides batteries globally, operating plants in the US, Poland and Indonesia, as well as China.

A day earlier, LG Energy Solution and General Motors said they will build their third electric vehicle battery plant in the US. That is in addition to the two plants they are currently building in Ohio and Tennessee separately, with another production site being discussed as well.

The South Korean battery maker, which supplies key automakers such as Tesla, General Motors, Hyundai Motor and Stellantis, is considering extending the same joint partnership to Stellantis as part of its efforts to ramp up battery production in the US.

“Given the huge market cap, not many actual shares went to investors on the floor. LG Chem has taken more than 80 percent of the subsidiary shares and institutions that took another chunk can’t offload them until their lockup ends,” said Heo Yule, a senior researcher at NH Investment & Securities.

Share prices could settle as early as February, when market indexes pick up the battery maker to expand their investments, Heo added.