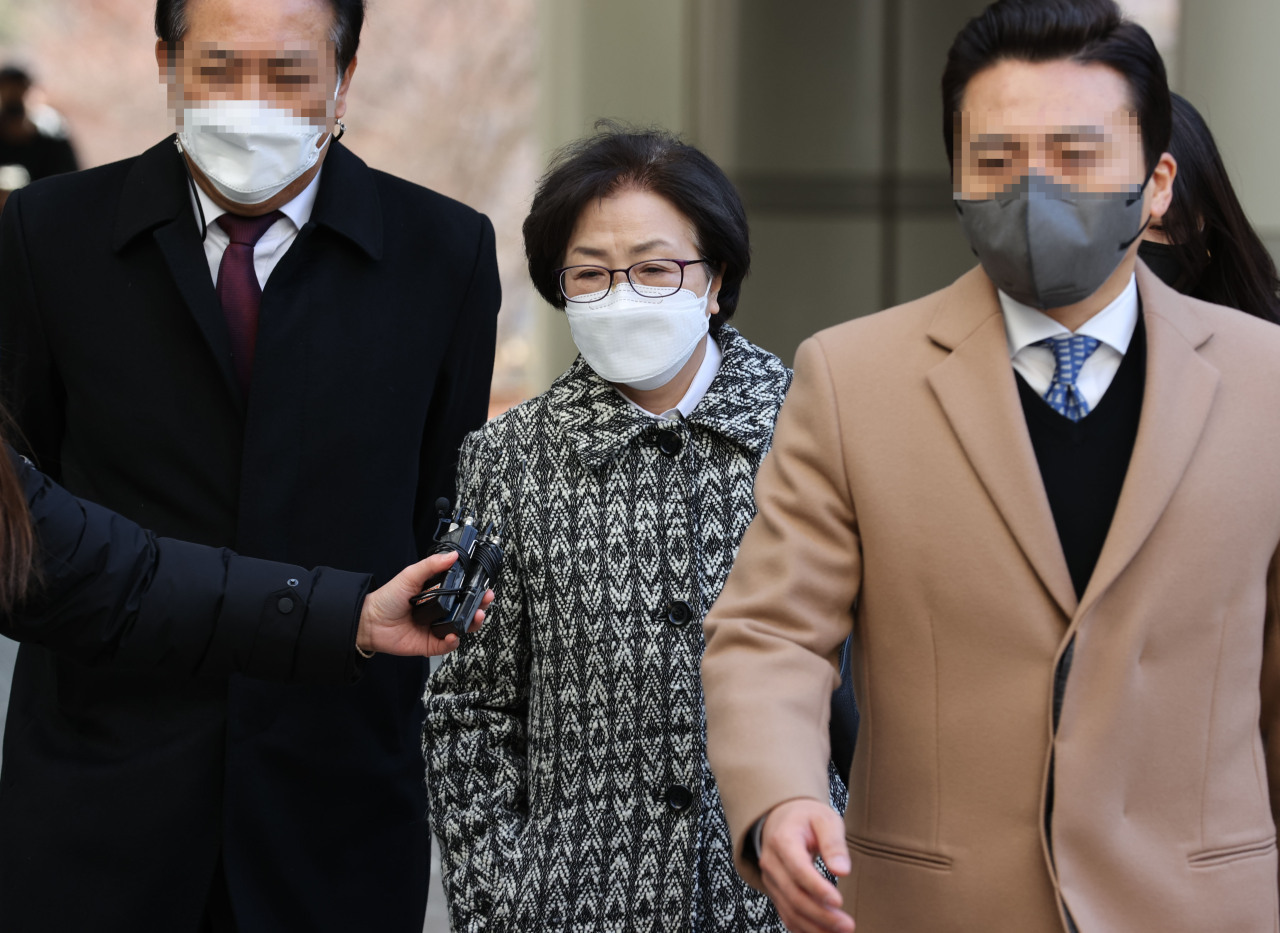 Former Environment Minister Kim Eun-kyung (C) arrives at the Seoul Central District Court on Feb. 9, 2021, to attend a sentencing hearing over alleged abuse of power. The court sentenced her to two years and six months for abusing her authority while in office by forcing chiefs of ministry-affiliated organizations to resign if they were not supportive of the incumbent administration. (Yonhap)
The Supreme Court on Thursday confirmed a two-year prison sentence for a former environment minister of the Moon Jae-in administration, charged with abusing her ministerial power to force ranking officials from the previous administration to resign from public posts.

Kim Eun-kyung was indicted on charges of forcing 13 executives at environment ministry-affiliated public institutions who were appointed by the previous Park Geun-hye administration to resign from their seats between 2017 and 2018.

The Supreme Court on Thursday upheld the appellate court's ruling that found Kim guilty of some of the charges and sentenced her to two years in prison.

The case, revealed by a dismissed former Cheong Wa Dae official in late 2018 and known as "the environment ministry blacklist," has been fodder for criticism by Moon's opponents. Kim is the Moon government's first minister sentenced to a jail term by the top court. (Yonhap)