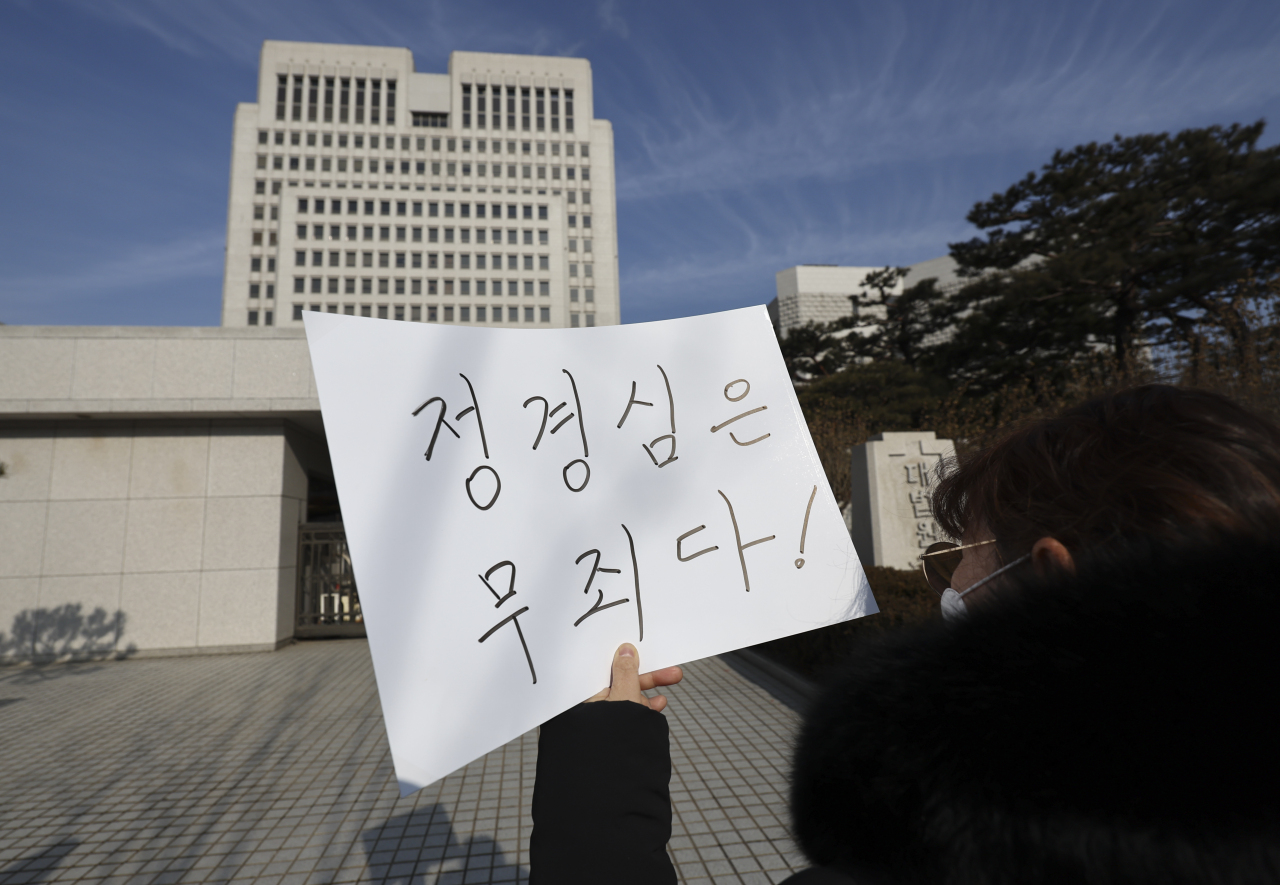 The top court found Chung, a former Dongyang University professor, guilty of all charges related to the unfair college admission of her daughter and upheld the August ruling of the Seoul High Court.

Chung was indicted in 2019 on 15 charges, including obstruction of business, insider trading, embezzlement and withholding evidence. She has been under custody since October 2019 and has 28 months left to serve in prison.

The Supreme Court ruled she was guilty of all charges related to admissions fraud, having worked with her husband to falsify awards and other official documents by using the seal of a university president in 2012 to support her daughter’s medical school application from 2013 to 2014.

Their daughter, Cho Min, has failed to earn a residency at a local hospital since completing an internship at Hanil General Hospital in Seoul after earning her medical license in early 2021. All courts have ruled the daughter might not have gained admission to Pusan National University without the forged certificates and awards.

The court also found Chung guilty of some, though not all, charges in connection with a private equity fund.

The appellate court ruled in August that Chung had instructed her asset manager to conceal her office computer and delete documents related to the private equity fund, but found her not guilty of obstructing the investigation or attempting to destroy evidence.

The ruling on Chung is also likely to affect the upcoming court procedures for her husband, Cho Kuk.

He is facing trial in the Seoul Central District Court for abusing his power to help his children gain admission to college. Court rulings made for trials involving Chung found that Cho Kuk was directly involved in providing some of the documents Chung forged.