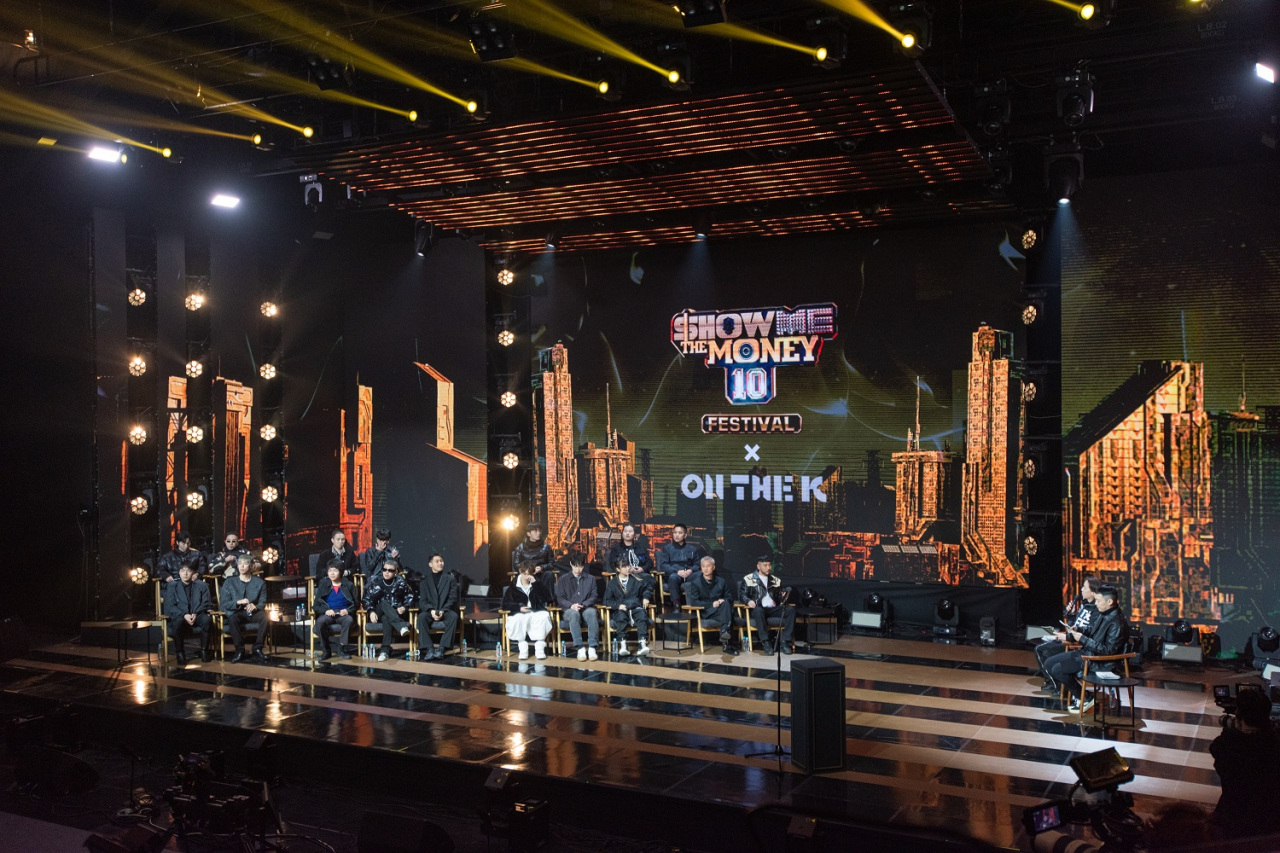 An image of “On the K x Show Me the Money 10 Festival” (KOCCA)
The Korea Creative Content Agency said Monday that it will stage an immersive music performance featuring 18 rappers from Mnet’s rap competition program “Show Me the Money 10.”

As part of its performance series “On the K,” KOCCA will present “On the K x Show Me the Money 10 Festival” on its YouTube channel and Twitter at 10 p.m. on Thursday.

Rappers Nucksal and Paloalto will host the show, which will feature KOCCA Music Studio’s extended reality and augmented reality content, along with metaverse and stereophonic sound technologies.

The music studio opened last December after an extensive remodeling of the Olympic Park K-Art Hall, located in Songpa-gu, Seoul, with the aim of reviving the pandemic-hit music industry and supporting productions by small and medium-sized agencies and musicians.

A special award ceremony will take place during the show. The immersive performance will also air on Mnet at 11 p.m., Friday.