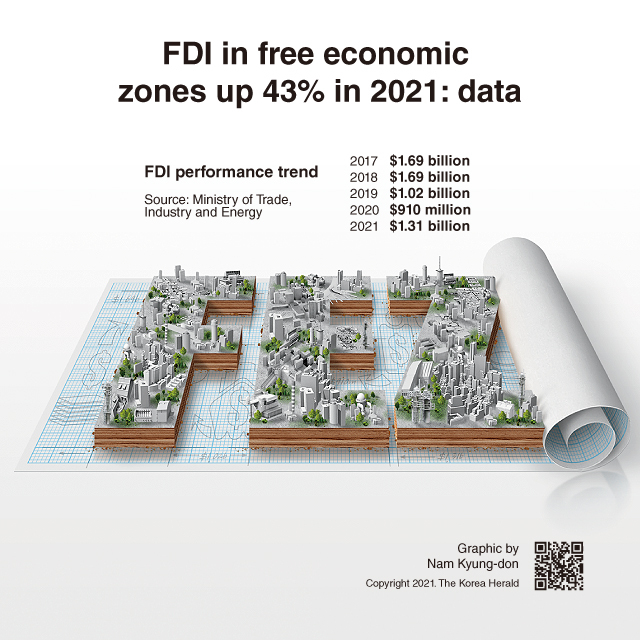 The country’s nine FEZs received $1.31 billion worth of FDI commitment last year, up from $910 million a year earlier, according to the data compiled by the Ministry of Trade, Industry and Energy.

It is the first time in three years that the figure marked an on-year growth.
The amount of foreign direct investment actually made in South Korea last year more than doubled from a year earlier to $840 million, the data showed.

The country has designated nine FEZs across the country since 2003, including those in the western city of Incheon and the southeastern port city of Busan, by offering tax incentives and eased regulations for foreign companies. (Yonhap)