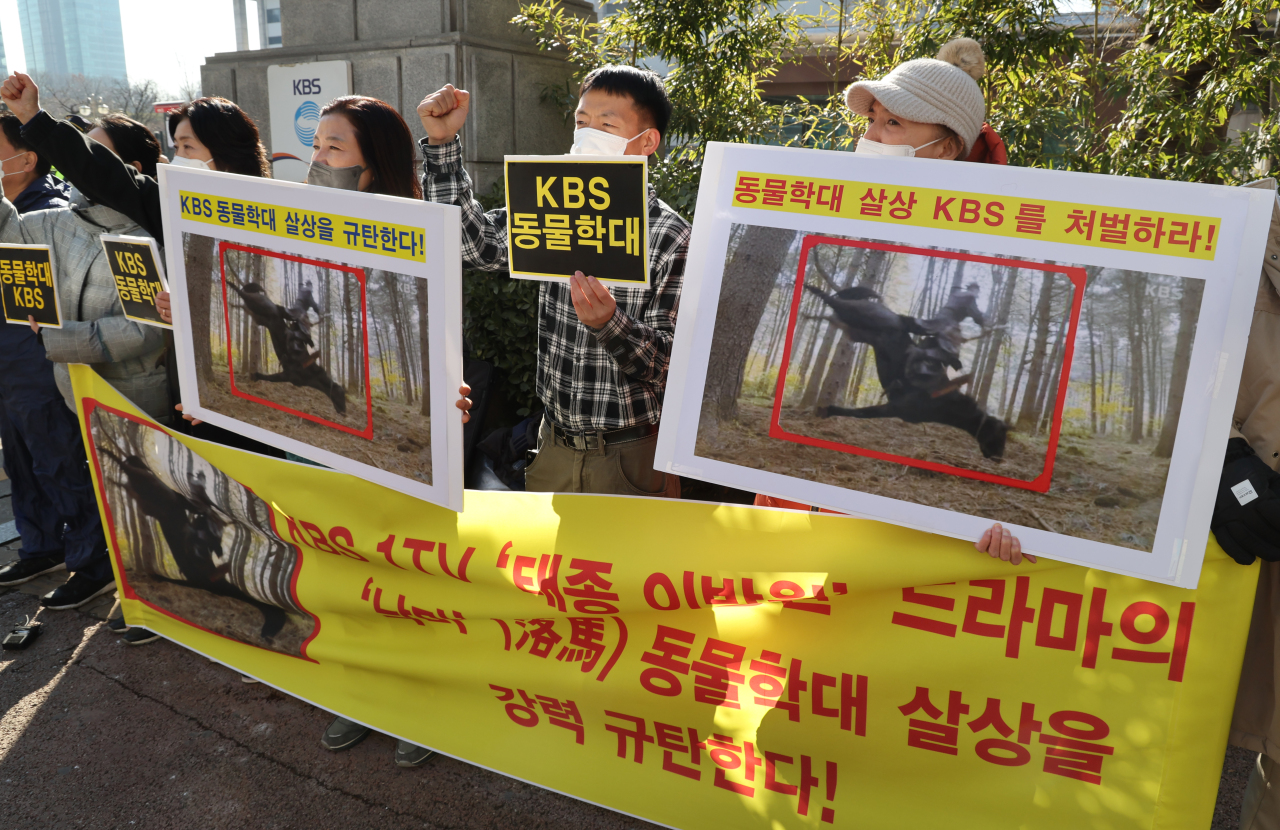 The broadcasting schedule for the embroiled drama was replaced with world news program “World Report” and the talk show “Let’s Jeongchi 2,” which were originally scheduled after “The King of Tears, Lee Bang-won” on Saturday and Sunday, respectively.

“Due to the ongoing controversy, the two episodes scheduled to air this Saturday and Sunday will be canceled,” a KBS official said Friday. “The special episodes prepared for the upcoming Seollal holiday will not be aired either.”

Online criticism started to mount Wednesday when a video clip released by the Korean Animal Welfare Association surfaced, showing a horse intentionally tripped by a rope while running, hitting head-first into the ground. The clip showed the horse struggling to get up afterward.

Though KBS apologized for the accident, which proved to later be fatal, public outrage over the drama series has not abated. Two online petitions posted on the Cheong Wa Dae website demanded halting production of the series and called for specific measures on animal safety in film and broadcast productions. They had gathered more than 60,000 and 120,000 signatures as of Sunday morning, respectively.

Poster image of “The King of Tears, Lee Bang-won” (left) and a screenshot of online petition on Cheong Wa Dae website (KBS/Cheong Wa Dae)
“I cannot believe that the public broadcaster KBS, run by viewers’ license fees, did not have specific measures or policies for the safety of the animals,” the petition read, adding that animals being used as props was a problem that had been pointed out from the past. 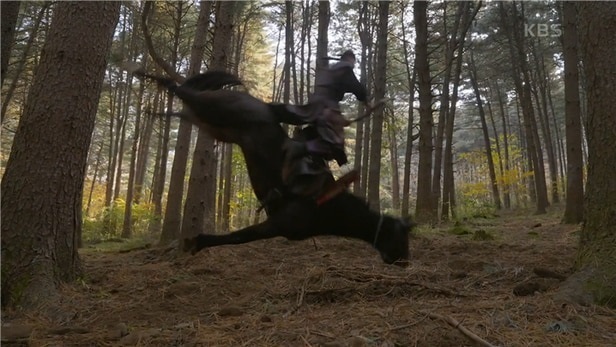 A screenshot shows the problematic scene with the horse from the seventh episode of period drama “The King of Tears, Lee Bang-won.” (KBS)
The streaming service for the seventh episode of “The King of Tears, Lee Bang-won,” which featured the problematic scene of the horse falling, is no longer available from the official website of the series.

While the episode is still available via streaming platform Wavve, the scene in question has been deleted.