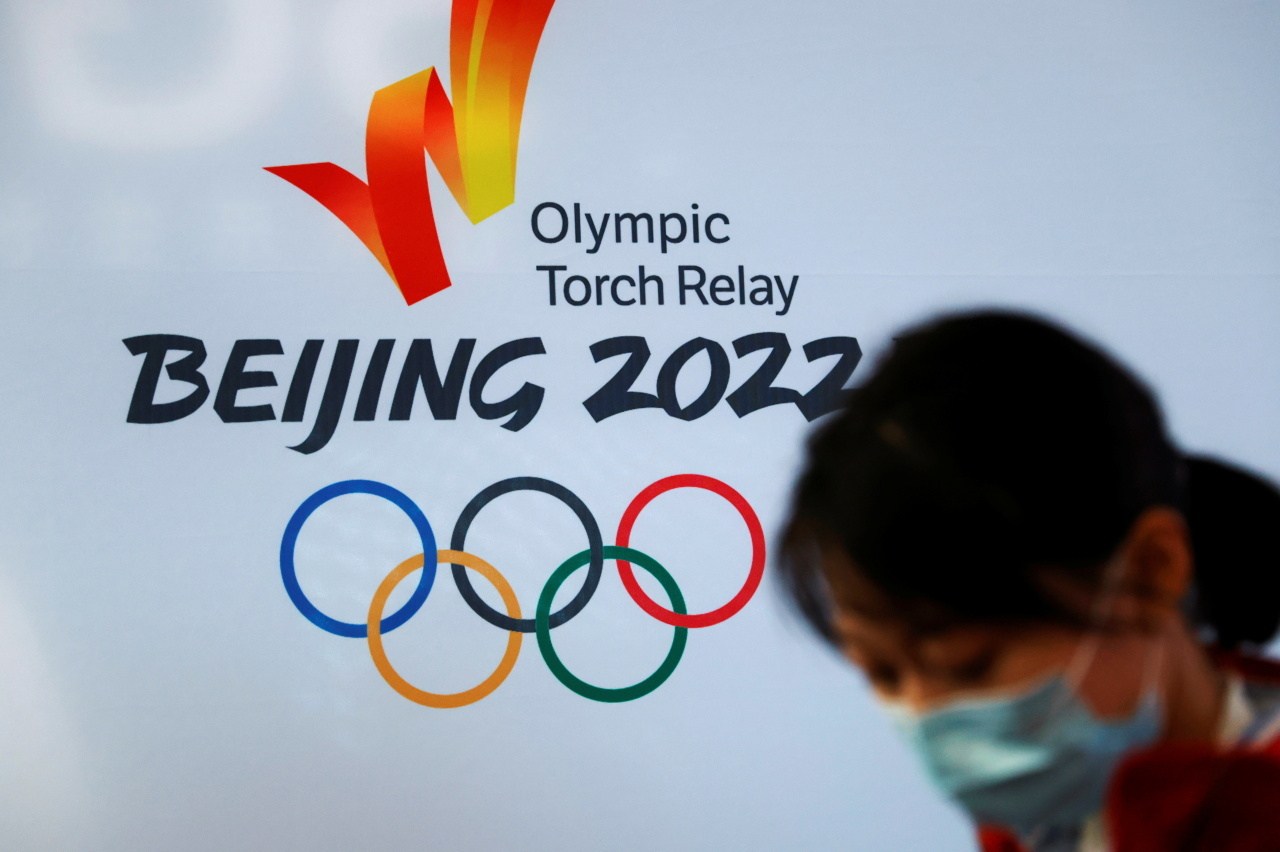 This Associated Press file photo from Dec. 9, 2021, shows the logo for the 2022 Beijing Winter Olympics torch relay posted at the Beijing University of Posts and Communications in Beijing. (AP-Yonhap)
A South Korean short track speed skater left off the team for the Beijing Winter Olympics due to an injury is accusing the sport's national federation of lacking transparency in its selection process.

In an email statement sent to Yonhap News Agency on Sunday, Kim Ji-yoo said she was "upset" that she was "robbed of my ticket to the Beijing Olympics."

"It's something precious and dear to my heart, because I earned it with so much hard work," Kim said.

However, when the Korea Skating Union (KSU) finalized its Olympic men's and women's short track squads last Thursday, Kim, who had finished third in the Olympic trials last May, was not included. The KSU determined that she hadn't fully recovered from a broken ankle.

Kim, 22, suffered that injury during the third leg of the International Skating Union (ISU) World Cup season in November. She had metal pins inserted in her injured foot and returned to practice on Jan. 10.

The KSU reasoned last week that Kim still wasn't healthy enough to skate in Beijing, based on reports from the national team's coaching staff, its medical staff, and doctors from two KSU-designated hospitals. The KSU added it had studied video of Kim's recent training sessions.

However, Kim said the KSU never explained how it would go about selecting skaters for the Olympics.

"I asked the KSU twice what the criteria are for putting together the team, but I never heard anything, even until the day of the selection," Kim said. "I had been training and recovering from my injury. I felt I would be able to keep progressing before the start of the Olympics. But I was just told I wasn't going.

"There were no clear criteria and (the KSU) did not respect opinions of an athlete who had earned the right to compete," Kim continued. "I am devastated. I hope something like this doesn't happen again for athletes who dream of competing in the Olympics."

The KSU sent its lists to the Korean Sport & Olympic Committee, which will then deliver them to the ISU. The deadline to finalize Olympic entries is Monday. (Yonhap)