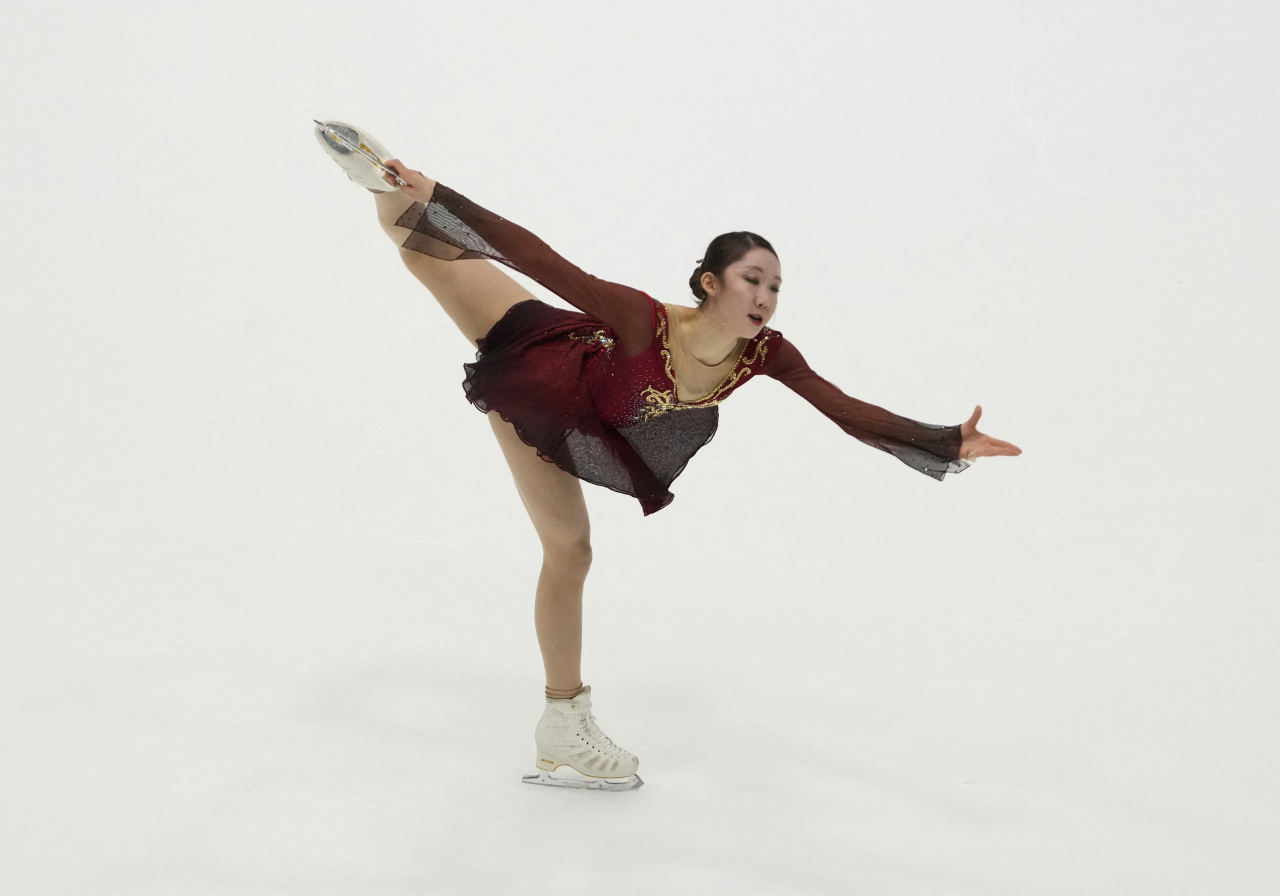 Kim had 69.97 points from Friday's short program and then added a personal-high 143.55 points in Saturday's free skate. This was Kim's first podium finish in three tries at the Four Continents, a competition open to non-European skaters.

Kim, who turned 19 on Sunday, is one of two South Koreans headed to Beijing for the Feb. 4-20 Winter Games, alongside You Young. You, 17, handily won the Olympic trials over Kim earlier this month, but the 2020 Four Continents silver medalist stumbled to a sixth-place finish at the Four Continents with 198.56 points.

Of particular concern for You is her failure to land her bread-and-butter jump, triple axel, in either the short program or free skate in Tallinn. Short of attempting a quadruple jump, she has to execute the three-and-a-half turn jump cleanly to have any chance of winning a medal in Beijing.

Lee, who missed out on an Olympic ticket by finishing third at the trials, shattered her previous career high by over 10 points to grab silver in her Four Continents debut at 16.  (Yonhap)