“Morphosis” by Memo Akten&Max Cooper (Tongyeong Triennale 2022)
Tongyeong, a port city located in the southern coast of South Korea, will kick off its inaugural triennale -- an Italian word meaning “once every three years” -- in March, as an art festival that encompasses visual, media and craft art. The overarching theme will be “The Sea, The Seeds.”

The port city in South Gyeongsang has been widely known as a home to many Korea’s established artists such as composer Yun I-sang, novelist Park Kyong-ni, poet Kim Choon-su and painter Jeon Hyuck-lim. Consisting of some 570 islets, the city has been a popular destination to enjoy coastal landscape and beauty of nature.

The port city has been a great inspiration to Korean artists who left famous quotes reminiscing on the port city. Among the quotes include: “The DNA of art flows within the people of Tongyeong” by novelist Park. Composer Yun once said, “Sometimes, the waves hitting the shore sounded like music to my ears, and the wind brushing the gentle grass and the vegetation also sounded like music to me.”

The 52-day triennale will be directed by international commissioner Daniel Kapelian, who helms the themed exhibition “Take Your Time” and curator Cho Hye-young, who leads the crafts special exhibition “Hands to Art; Inspired by 12 Studios” which will take place at KCDF Gallery located in Insadong, central Seoul, bringing together craftworks by 17 craft artists from Tongyeong. It will be held from Feb. 11 to 28. 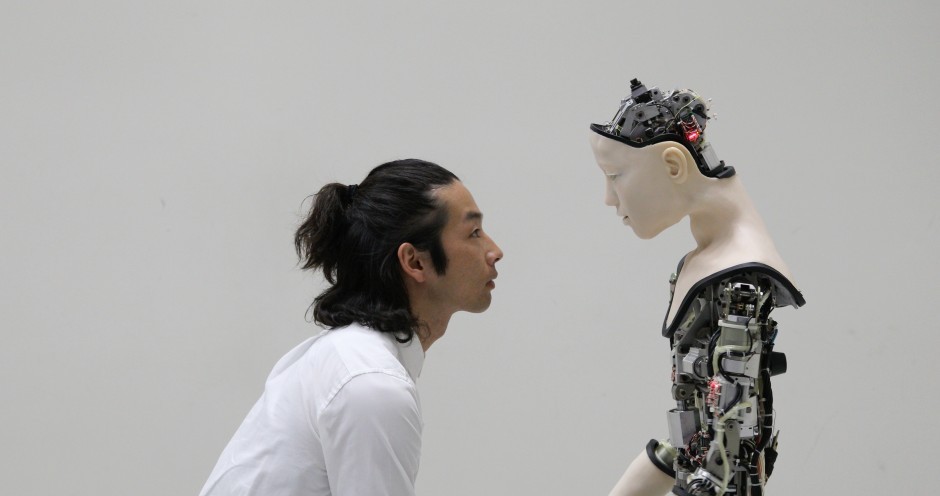 “Co(AI)xistence” by Justine Emard (Tongyeong Triennale 2022)
The themed exhibition will be participated by 35 artists from 11 countries who will present a variety of works that include paintings, installations, media art as well as digital works created with AI or in virtual reality. The themed exhibition will run through May 8, taking place at R&D annex of the former ShinaSB Shipyard.

“Our era is characterized by the increase of global stress, anxiety, and resentment. Above all, the COVID pandemic demanded that we learn how to deal with time, distancing, and relationships in an unprecedented way,” Kapelian noted about the exhibition. “Through this exhibition, our intention is to gear human attention towards the inside, to offer people a time for contemplation, recollection, and reconnection with life’s essential state of awareness.”

In 2021, Kapelian served as the general producer of “Korea : Cubically Imagined,” an exhibition held in Paris and cohosted by UNESCO and Korea’ s Ministry of Culture, Sports and Tourism. In 2020, he participated in directing the concert “Resonance: Elevation” performed by the Gyeonggi Sinawi Orchestra.