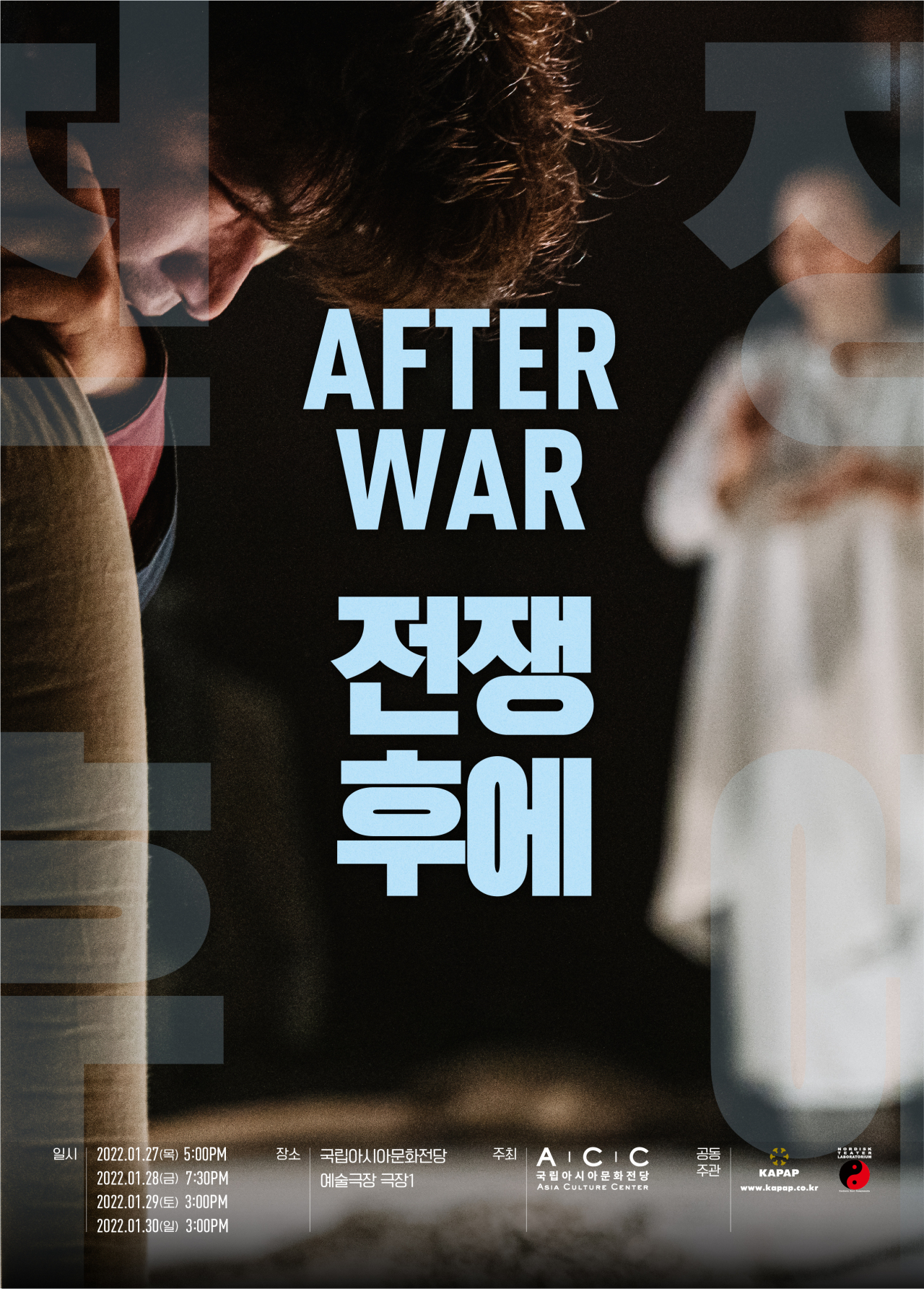 “After War” (ACC)
The Asia Culture Center’s international joint creation and production “After War” is to run at the ACC Theater from Jan. 27-30.

With an attempt to study and promote the Asian characteristics of performing arts, the ACC international joint creation and production seeks to provide opportunities for performing artists and producers across the world to come together for exchange and research.

“After War,” inspired by Bao Ninh’s “The Sorrow of War,” winner of the Asian Literature Award in 2018, was developed through the cooperation of the artists and producers from the East and West, Denmark-based theater company Nordisk Teaterlaboratorium-Odin Teatret.

The project revolves around the story of a young man, who feels guilty about murdering many people during the war and talks about the war, struggles, peace and reconciliation.

“We wish the audience to find their own answers about ‘who started the war?’ ‘who is to blame?’ and ‘how can justice be brought to the ones who are left behind?’ after watching the performance,” an ACC official said in a press release Wednesday.

The original soundtrack of Western and Eastern music, symbolic stage props like sunflower seeds and abstract images of video art visually portray the grief and sorrow of war.

Director Elsebeth Banke, a senior producer, actor, dramaturge and director of NTL-OT, has joined hands with Lee Dong-il, the veteran producer who was behind writing and producing many projects, including robotic art performance “Robot Namu,” “Project DMZ 2000,” “Sound Performance of Asem,” “Multimedia Shimchung” and more.

The multinational cast -- Choi Dong-hyuk, Abraham Rademacher, Edward Trouiller, Juraj Benko, Karoline Banke, Lee Young-lan and more -- will use their own languages in “After War,” including Korean, Spanish, English, Danish, French and Slovak.

“Though we are very different, I believe that ‘After War’ has provided a bridge to connect the differences of the East and the West. We were able to learn and understand each other,” director of NTL-OT Per Kap Bech Jensen said in the press release.

“The premiere of a jointly created and produced project ‘After War’ holds a significant meaning amid the COVID-19 pandemic era. We hope to promote more global performing arts projects that are based in Asian characteristics and values,” the ACC press release quoted acting President of ACC Lee Yong-shin as saying.

“After War” welcomes audiences aged 12 and older. Tickets are available at the official website of ACC free of charge.