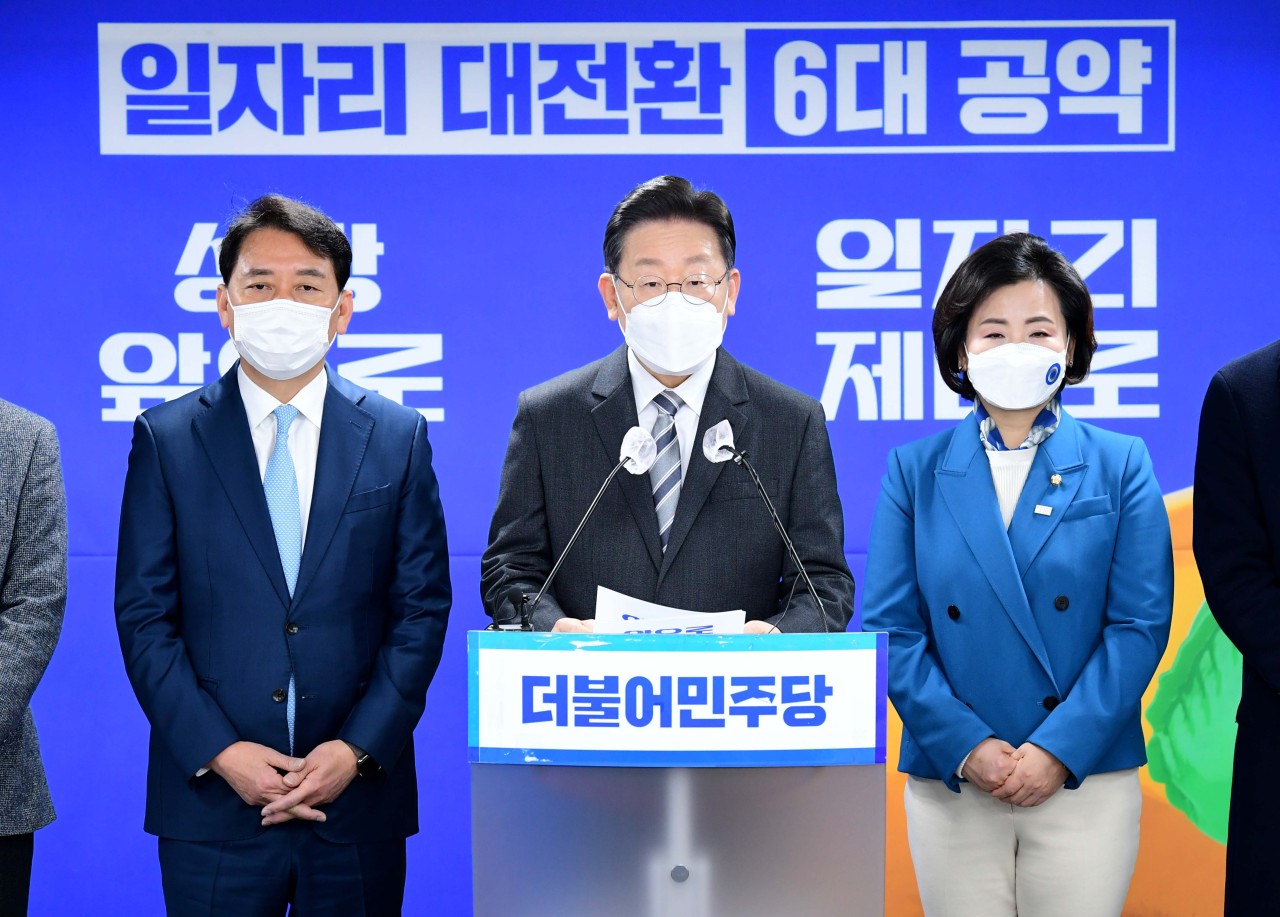 "I will produce over 3 million jobs by achieving great transformations in the digital, energy and social service sectors," Lee said during a campaign event outlining his job growth vision at the Democratic Party (DP) headquarters in Seoul.

In order to achieve the proposed digital transformation, the DP candidate said he will seek to establish the 135 trillion-won investment fund comprised of state, local government and private resources.

Lee also promised to utilize energy transformation efforts to create jobs in new emerging sectors and also pledged to expand jobs in areas of public health through the transformation of the social service sector.

He also stated that his policy goal for youth job creation was to improve the employment rate of young jobseekers by 5 percentage points during his term.

In addition, Lee vowed to restructure the finance ministry to strengthen its responsibilities in planning and coordinating job growth policies.

Lee also laid out a vision to nurture 3,000 innovative companies and 100 unicorn companies, which refer to unlisted startups with a valuation of more than 1 trillion won, during his term. (Yonhap)