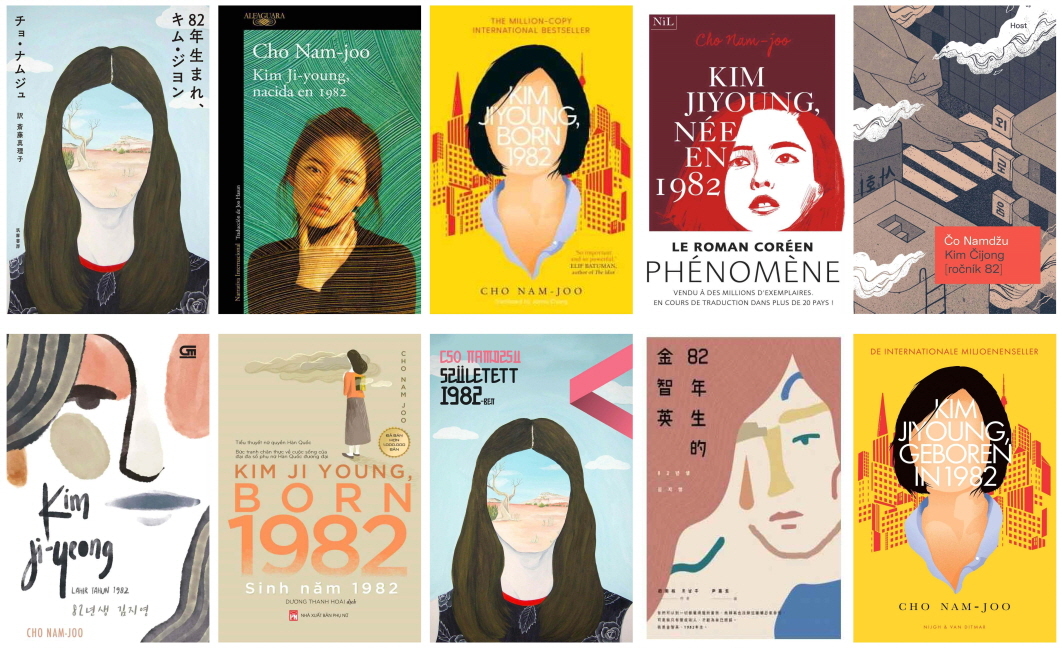 Book covers of “Kim Ji-young, Born 1982,” a feminist novel translated in 10 foreign languages (LTI Korea)
Although the pandemic has put overseas travels on hold to a great extent, Korean literature has constantly made daring adventures beyond borders.

Over the past five years, 34 works of Korean literature have sold over 5,000 copies each in overseas book markets, according to the Literature Translation Institute of Korea’s data on Tuesday.

Han Kang‘s “The Vegetarian” came second, selling over 160,000 copies in 13 foreign languages, followed by Sohn Won-pyung’s “Almond,” which won the 2020 translation novel category selected by bookstores in Japan. The piece achieved a sales record of some 90,000 copies in Japan alone.

The Portuguese version of “The Origin of Species,” by Jeong Yu-jeong has proven its global popularity, selling more than 20,000 copies in Brazil.

A total of 658 literary works have been translated into 37 languages with the support of the agency during the 2016 to 2020 period. The statistics were based on the sales analysis of 492 pieces, which accounts for some 75 percent of the whole.

Along with the three writers, 16 works published in 2020 sold more than 5,000 copies globally on average each year. The German translation of Kim Young-ha’s “A Murderer’s Guide to Memorization,” in 2020 stood out, selling more than 10,000 copies within a year after its publication. The work received two German literary awards the same year. 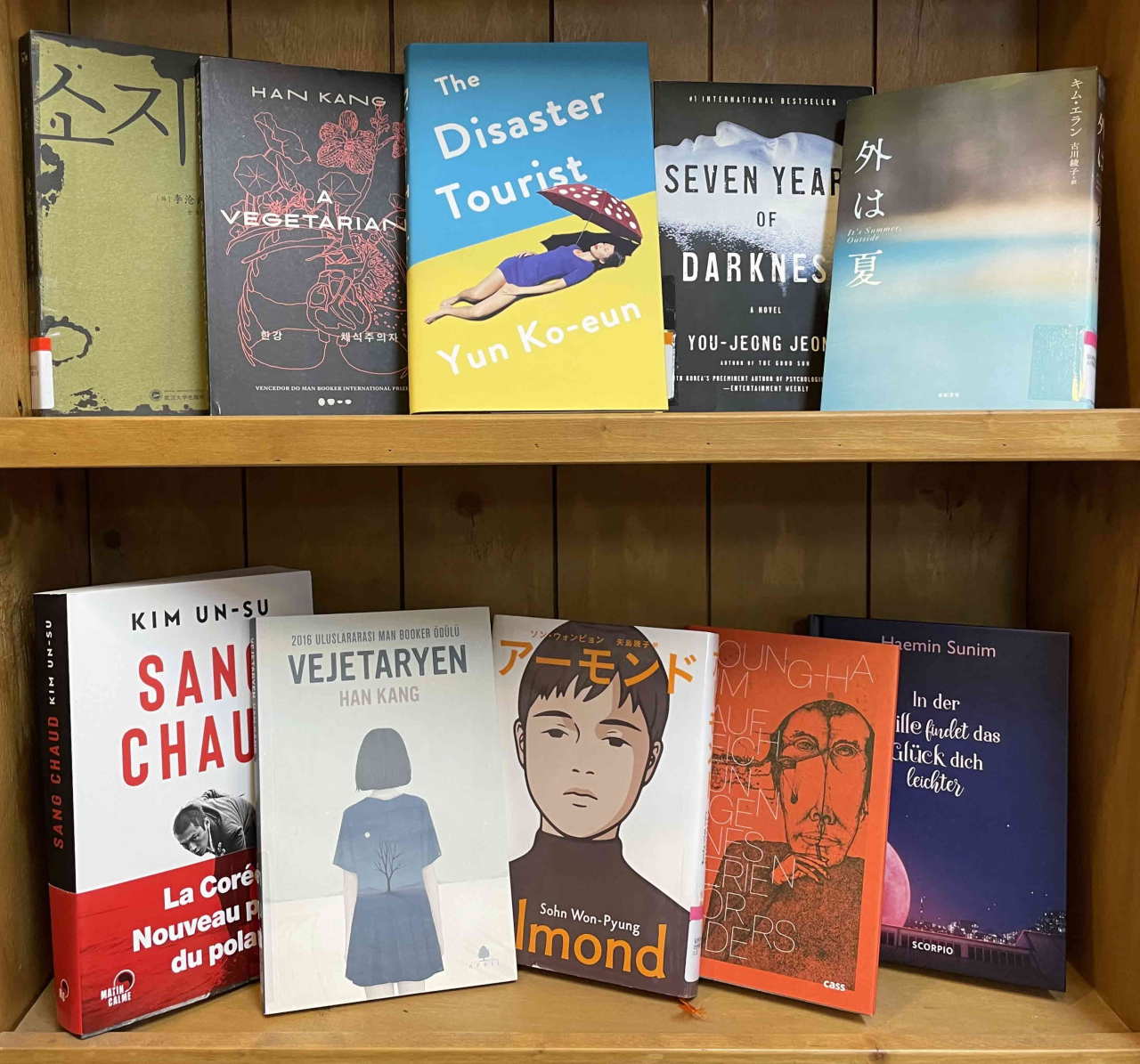 Books that showed notable figures in global sales over the past five years (LTI Korea)
Different genre preferences and interests were notable through global sales figures shown, according to LTI Korea.

In English-speaking countries, Korean graphic novels were in the spotlight, such as “Grass” by Keum Suk Gendry Kim and “Moms” by Ma Yeong-shin. “Moms” was boosted by its winning Best International Book at the Harvey Awards, one of the most prestigious awards in the comic industry.

In China, writer and film director Lee Chang-dong’s novel, “Possession” has sold nearly 50,000 copies since its publication in 2020. The agency suggests that Lee‘s movie fans in China have recently expanded their interest to his literary works.

“We have seen 80 percent of our selected works being offered publication directly by overseas publishers, and this is a very good signal,” an LTI Korea official told The Korea Herald on Tuesday. “I hope this rising popularity in Korean literature can serve as traction to emerging rookie writers to have opportunities in publishing their works abroad.”

LTI Korea added that this year’s plan to support overseas publication of Korean literature will be established in consideration of the traits studied from the accumulated data.