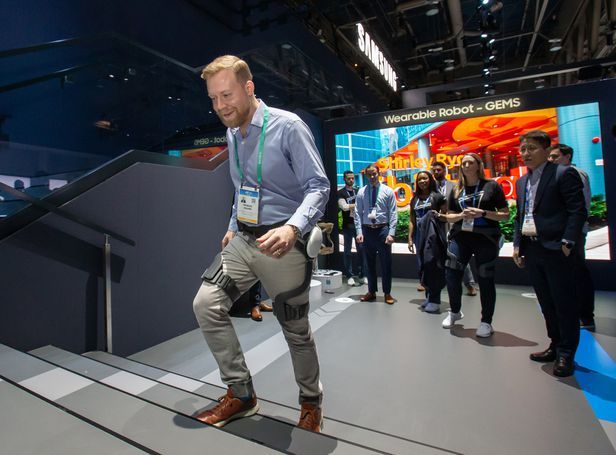 According to the World Intellectual Property Organization on Tuesday, the South Korean tech giant recently completed a trademark registration of Samsung Bot in the US and Canada.

The registration signals Samsung Electronics’ preparation to enter the global household robot market, which is expected to grow to $9.7 billion this year from $2 billion in 2017.

Samsung Electronics Vice Chairman Han Jong-hee even hinted a potential merger and acquisition of a robot company at the Consumer Electronics Show 2022 held earlier this month. Regarding the firm’s plans for large-scale merger and acquisitions, the executive said, “We are looking at (targets) quite a lot, with a lot of possibilities in both parts and finished products.”

Industry watchers predict that Samsung Electronics’ first commercialized robots will be GEMS, a wearable robot for rehabilitation treatments unveiled at CES 2019. GEMS is available in three types for hips, knees and ankles. GEMS Hip, for instance, reduces users’ energy consumption by 24 percent while walking, and increases walking speed by about 14 percent.