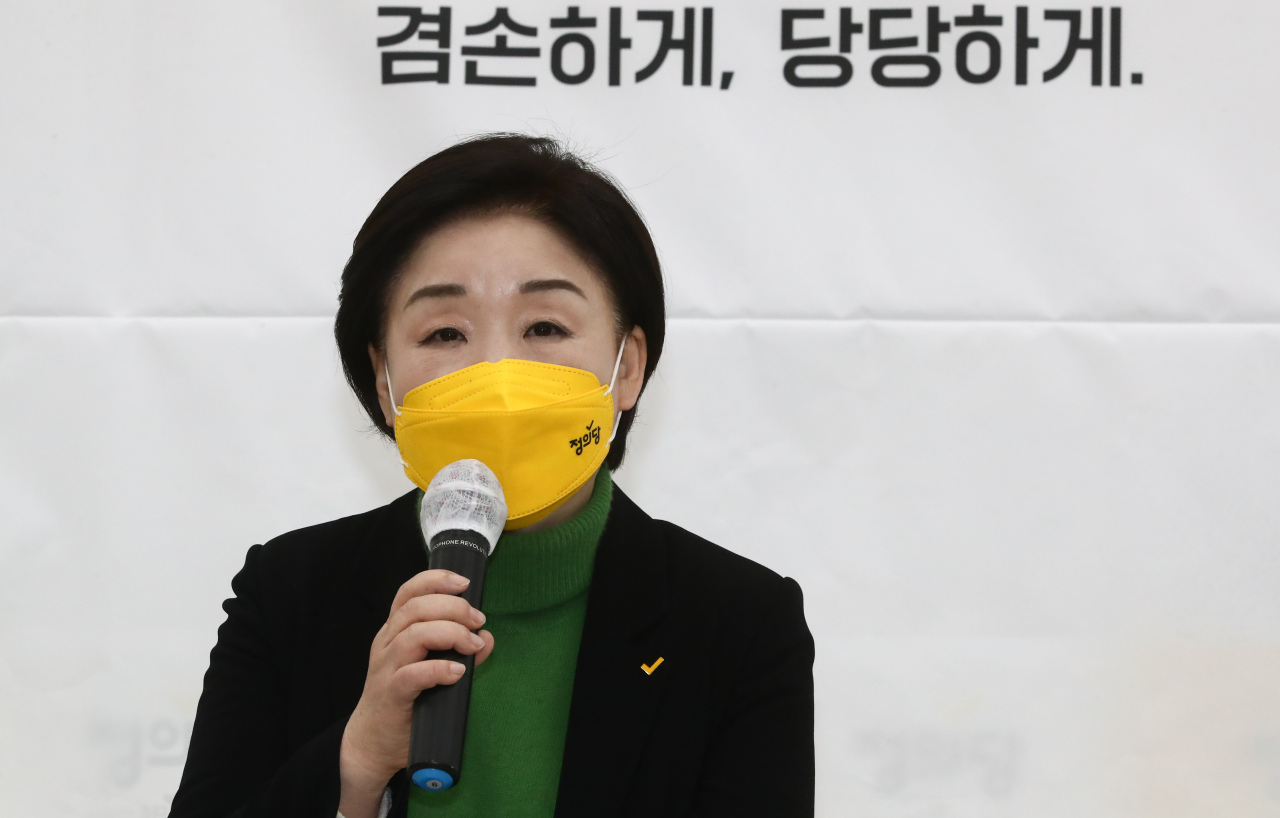 Sim had announced the suspension of all her campaign activities Wednesday, followed by the resignation of all members of her election campaign committee the next day.

“Though I had put everything into reforming the election system, I did not succeed. In the process, the principles of progressiveness were challenged,” she said. “I admit my misjudgment. I apologize to everyone who was hurt and disappointed in the process.”

Though some had speculated Sim may leave the presidential race early, the politician stressed she will continue to run.

“I will not give up until the end no matter how rough the path is, as progressive politics is needed for the weak in the face of the harsh reality,” she said. “I will ask the people for their confidence in myself and the Justice Party again in this presidential election.”

While the presidential candidates from the ruling and main opposition parties, Lee Jae-myung of the Democratic Party of Korea and Yoon Suk-yeol of the People Power Party, have settled to arrange TV debates between themselves, Sim labeled the agreement as violence against democracy for leaving other candidates out.

“It is like forcing out a student at a school exam for being short,” she said. “TV debates should be arranged by broadcasters, not by the test-takers themselves in an alliance.”

For the rest of the election period, which is less than two months, the candidate promised to shed light on the agendas of labor, gender issues and the climate crisis.

Though it is her fourth time running in the presidential election for her party, Sim has been recording single-digit support ratings for months.

On Sunday, Sim visited the site of a fatal construction accident in Gwangju, hinting at her return.

The prospects, however, remain uncertain for Sim.

According to a poll of 3,031 voters arranged by Realmeter at the request of local media outlet OhmyNews, 2 percent showed support for Sim, marking a 0.8 percentage-point drop from the week before. Yoon was in the lead at 40.6 percent, followed by Lee at 36.7 percent. The survey was held from Jan. 9 to Friday.