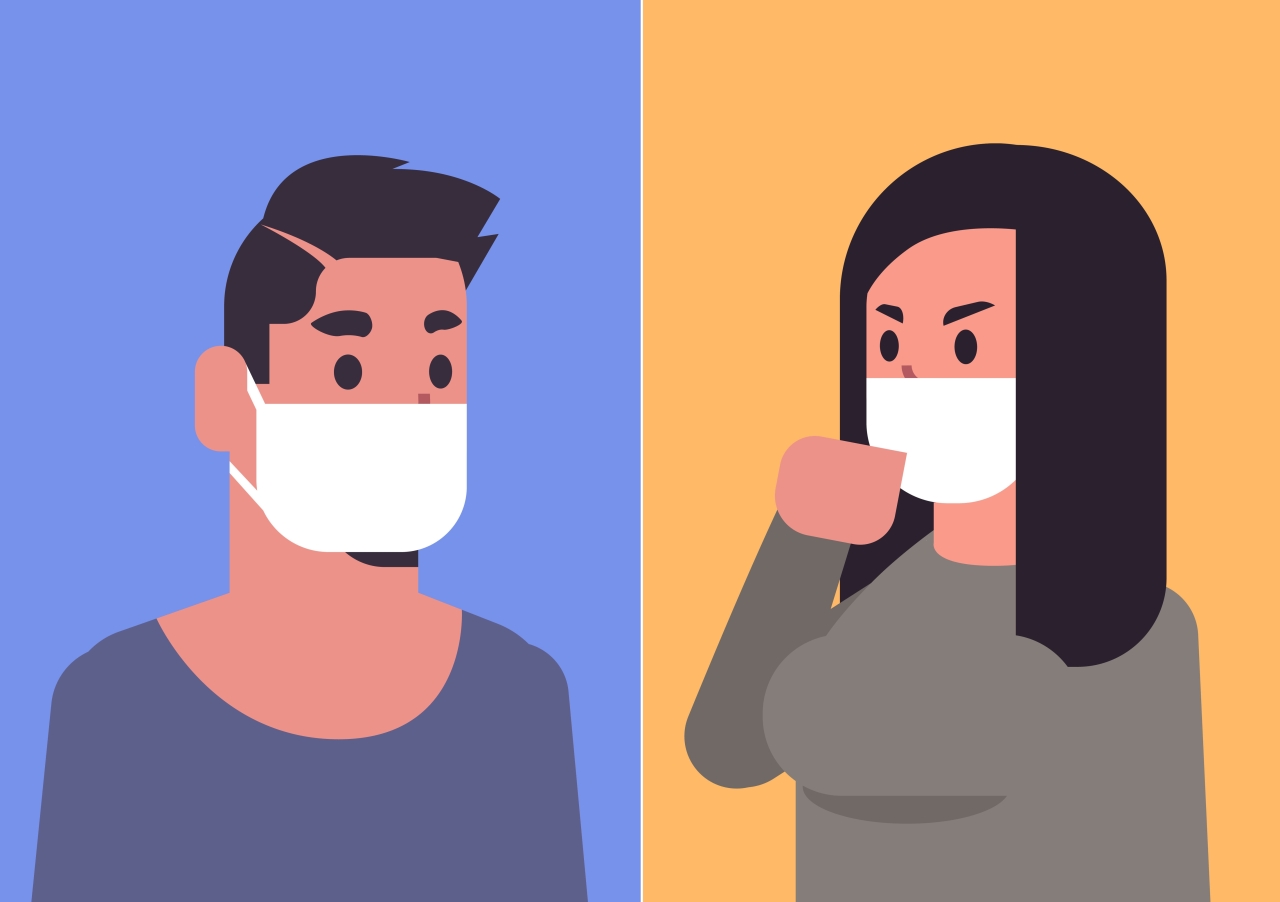 Wearing a mask has become commonplace during this pandemic. Though the act is often encouraged to stop the spread of COVID-19, there is one place where it is definitely frowned upon – dating apps.

Users say profiles with only masked up photos can be misleading. Amid growing complaints, some dating app operators are cracking down on those considered a “magikkun” -- a portmanteau from the English word “mask” and the Korean word “sagikkun” which means a fraud. It has become one of the hottest buzzwords in South Korea’s dating scene at the moment.

Having met dates who looked dramatically different when the face mask came off, she has now come up with a plan to prevent being led on.

“Ideally, profiles with maskless photos are preferred. After chatting for a while I ask to send a selfie or video chat.”

“Compared to pre-pandemic, the number of users and the revenue nearly tripled.”

Kang also said there has been a surge in mask wearing profiles on his app since the pandemic began and has received complaints from users over profiles that are heavily masked up.

“But if it’s a full body shot, I think people still find it useful to scan one’s fashion style and body proportion even with a mask on,” he said.

Choi Ho-seung, CEO of Hsociety Corp. -- a company behind several dating apps including Sky People -- also said the number of photos where people have their masks on has “grown massively.”

The app has a strict verification system as a quality control measure and users must have a balanced set of photos to be registered.

“In many selfies taken outdoors or full body shots, people are wearing a face mask so we are being flexible with accepting profiles when they have other photos where their facial features are on clear display.

The psychology behind mask-wearing in online dating

Kwak Geum-joo, a professor of psychology at Seoul National University, explained mask wearing can provide some psychological comfort to people by hiding their flaws in a society where looks matter.

“You can hide your flaws and facial expressions such as frowning or smirking. People might find that comforting.

“If it’s for a website that isn’t verified or not very trustworthy and you are apprehensive about exposing yourself, a face mask can come in very handy,” Professor Kwak said.

Wearing blue medical masks can increase facial attractiveness, according to a study released on Thursday by researchers at Cardiff University. The study claims that while medical face masks used to reduce attractiveness before the pandemic, the perception has changed.

Dr. Michael Lewis, a Reader from Cardiff University’s School of Psychology, said this may be as a result of the association of medical masks with people in caring or medical professions.

“We also found faces are considered significantly more attractive when covered by cloth masks than when not covered. Some of this effect may be a result of being able to hide undesirable features in the lower part of the face,” Dr. Lewis said.

Another study by the University of Pennsylvania and Temple University College of Health in 2020 found that attractiveness ratings of faces improved in “statistically significant amounts” for both women and men when they were rated with digitally added surgical masks on.

Plastic surgeons have said that hiding the lower half of your face with a mask could create an illusion as your cheekbones, chin and philtrum – which are essential for creating the overall impression of your face -- are all covered.

But as more people are taking caution against showing themselves, there may be more psychological distance between people.