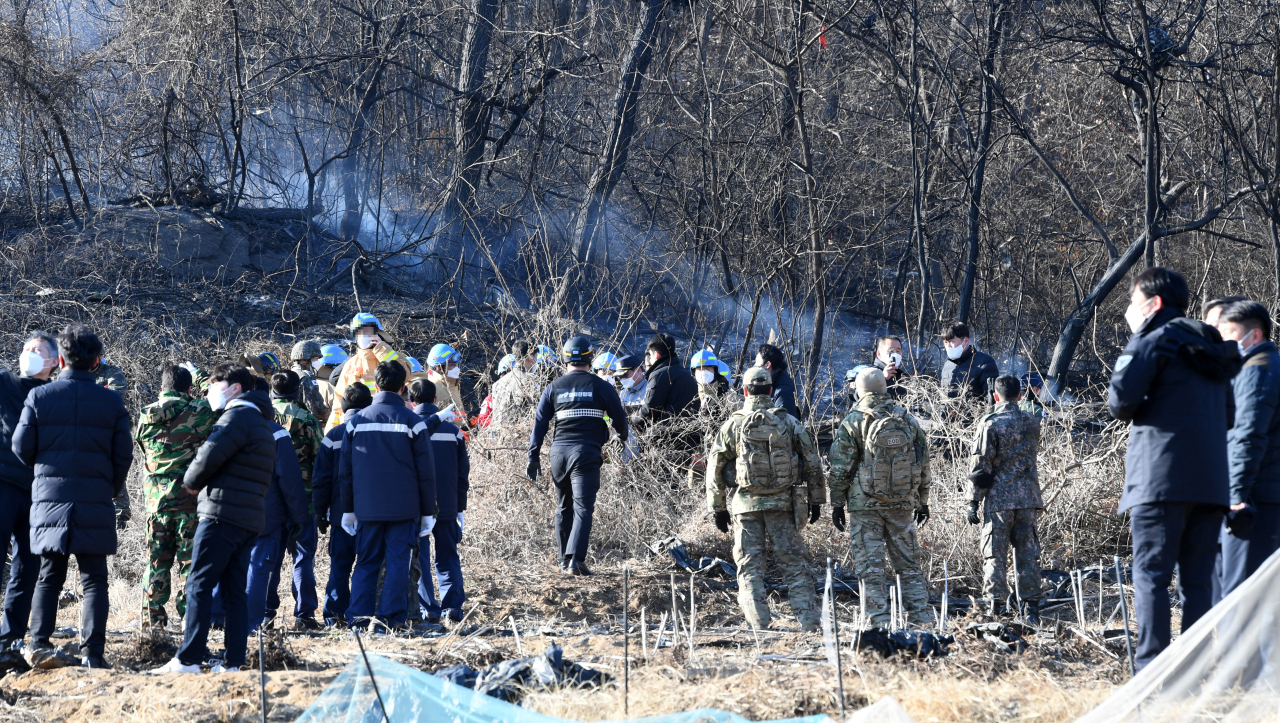 Military officials check the wreckage of an F-5E fighter on a hill in Hwaseong, about 40 kilometers south of Seoul, where the plane belonging to the Air Force's 10th Combat Squadron crashed right after takeoff at 1:44 p.m. last Tuesday. (Yonhap)
South Korea's Air Force said Monday it will resume the operation of its combat aircraft suspended after a pilot died earlier this month following the sudden crash of an F-5E fighter.

The armed service said the operation of its warplanes, except for F-5Es and F-35As, will resume in phases, starting at noon.

Since the fatal crash last week, the Air Force has run only essential assets, such as reconnaissance planes.

The F-5E crashed into a mountain in Hwaseong, some 40 kilometers south of Seoul, on Tuesday, minutes after taking off from an Air Force base in the nearby city of Suwon. The pilot with the rank of captain tried to eject but failed.

An F-35A jet also made an emergency belly landing on Jan. 4, although the pilot remained safe. A preliminary joint probe by South Korea and the United States showed that a bird strike on the left engine intake of the fighter caused the accident. (Yonhap)