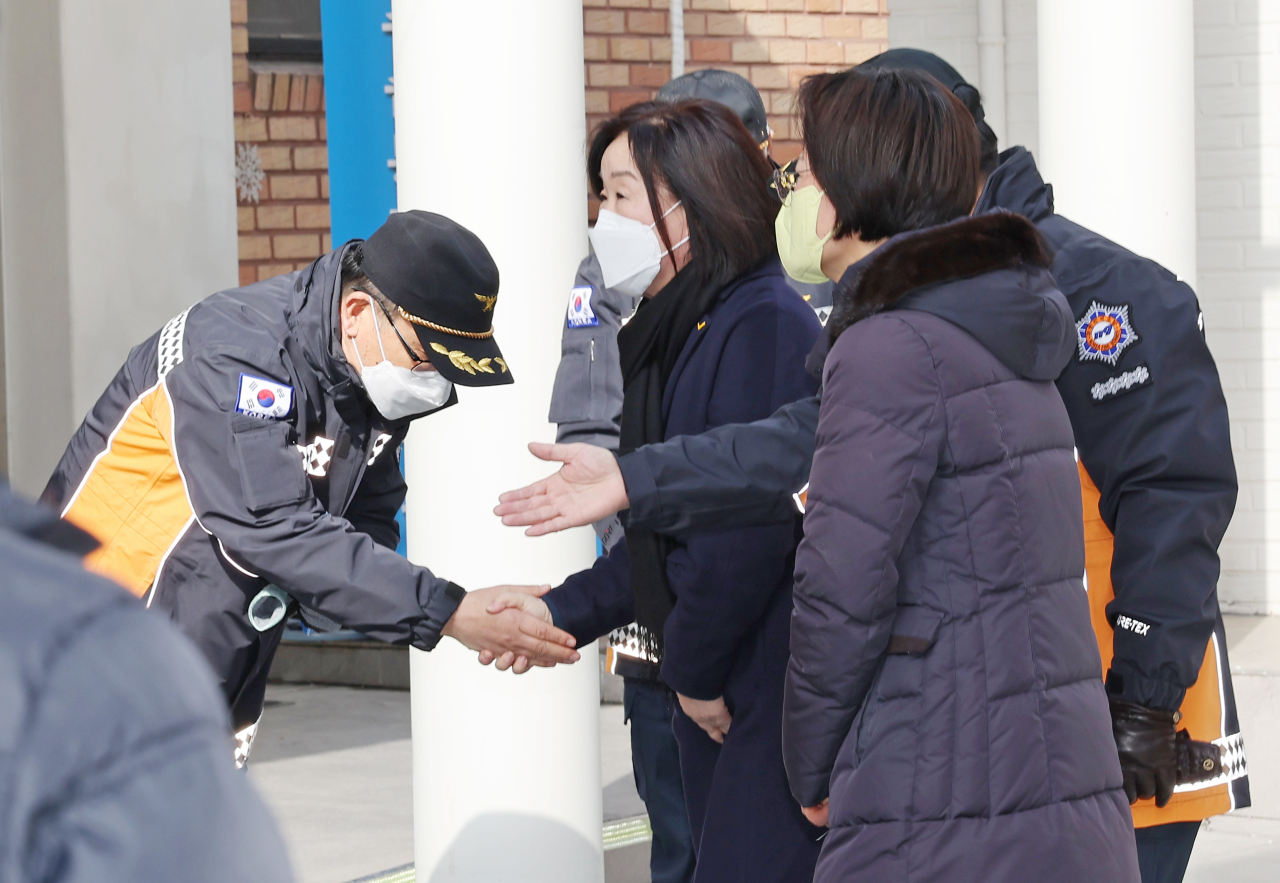 Sim Sang-jeung traveled to Gwangju unannounced as rescue workers searched for a sixth day to locate five of the six people who went missing in the collapse of the building under construction.

The body of one person was retrieved from the rubble Friday.

"I felt sorry not doing anything during a tragedy, so I came to meet the families of the missing," Sim told reporters after meeting with the family members inside a tent set up near the site.

The candidate had announced Wednesday that she was suspending her campaign in an apparent effort to find solutions to her low approval ratings of below 5 percent.

After the announcement, Sim went into seclusion and the leaders of her campaign committee offered their resignations the next day.

Sim told reporters Sunday that she will have more to say at a future press conference.

Sources have said she is planning to meet with party leaders and lawmakers Monday before announcing a return to her campaign. (Yonhap)