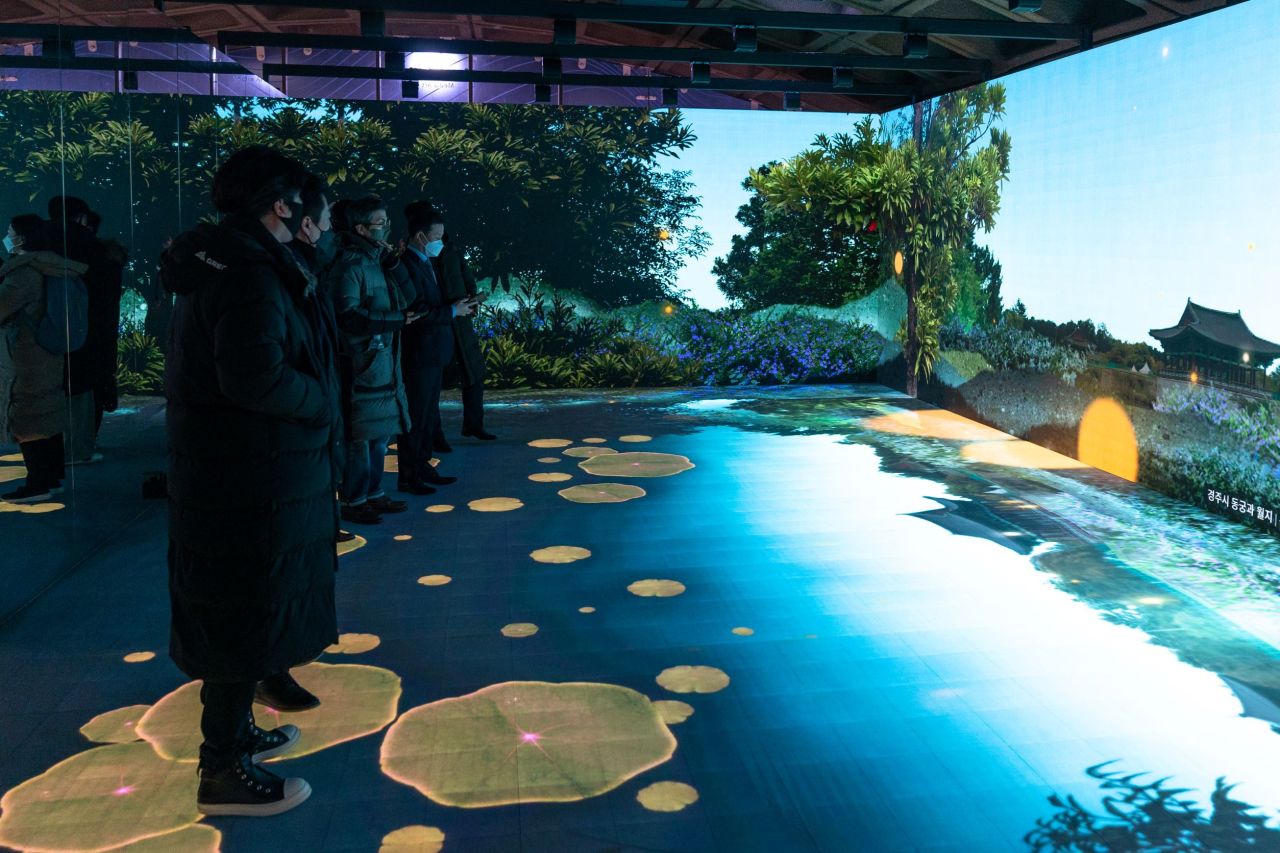 Under the theme “The era of light from 5G networks,” an immersive media art garden “Gwanghwa Won” and an artificial intelligence experience booth “Gwanghwa In” opened to the public at the Seoul Metro Art Center in Gyeongbokgung Station, in central Seoul.

“Gwanghwa Won” provides a virtual ground for visitors to relax and recover from busy city life. Under the three themes -- the light of life, the light of communication and the light of eternity -- the 104-square-meter site displays eight media art pieces using 5G network technologies.

It presents real-time scenery of Gyeongju, an ancient city in the southeastern part of Korea, and the Han River in Seoul, featuring visual and sound effects depending on the actual weather conditions. Visitors can also find media art pieces from the UK-based digital art and design studio Universal Everything and German visual artist Timo Helgert. 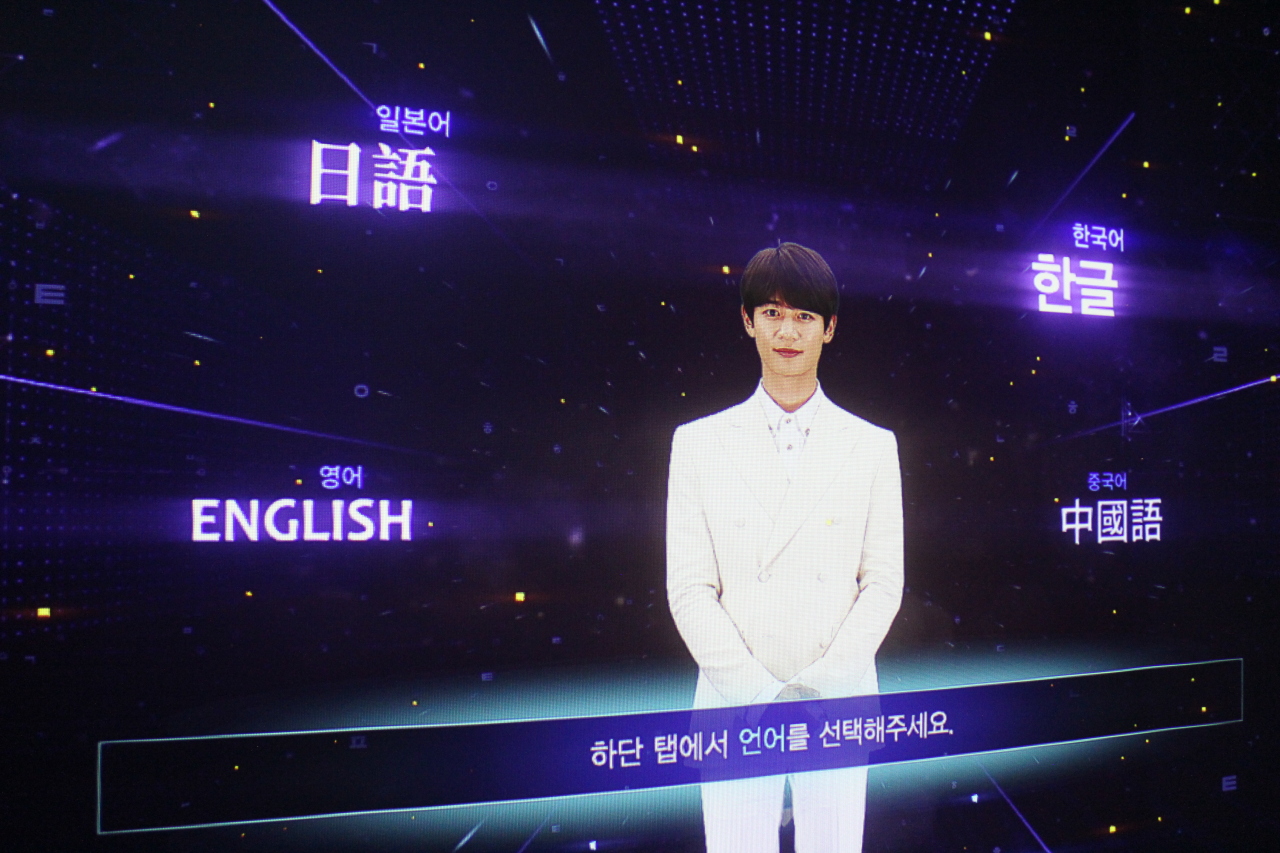 An image of “Gwanghwa In” featuring SHINee’s Minho as a human AI model for its Korean service (Korea Creative Content Agency)
“Gwanghwa In” offers information on cultural heritages and tourist attractions around Gwanghwamun through the guidance of human AI models that were created using 3D technology for 360-degree content and programed by deep learning-based technology. Starting with actor Lee Seung-jun’s guide to the service, visitors are guided in Korean by model of SHINee’s Minho and in English by American trot singer Maria in English. The service is available in Chinese and Japanese as well.

“Since the project’s theme is related to light, we have chosen SHINee member Minho as a Human AI model,” a KOCCA official told The Korea Herald. “The virtual figure can also answer personal questions about the artist.”

KOCCA and the Culture Ministry teamed up to hold a series of immersive programs in the Gwanghwamun area that began last month, aiming to provide historical, cultural and art-related content to the visitors.

The first part of the project kicked off on Dec. 17 with real-time performances on virtual reality stages. Two more parts of the project are set to be unveiled on Feb. 4 and Feb. 25, according to KOCCA.

“Gwanghwa Won” and “Gwanghwa In” are open from 10 a.m. to 10 p.m. and in order to enter, visitors need to carry proof of vaccination or a negative PCR result to enter the venue. Up to 10 people are allowed to visit “Gwanghwa Won” at a time and four viewers can experience “Gwanghwa In” together for 15 minutes.

Reservations can be made on the program’s official website.