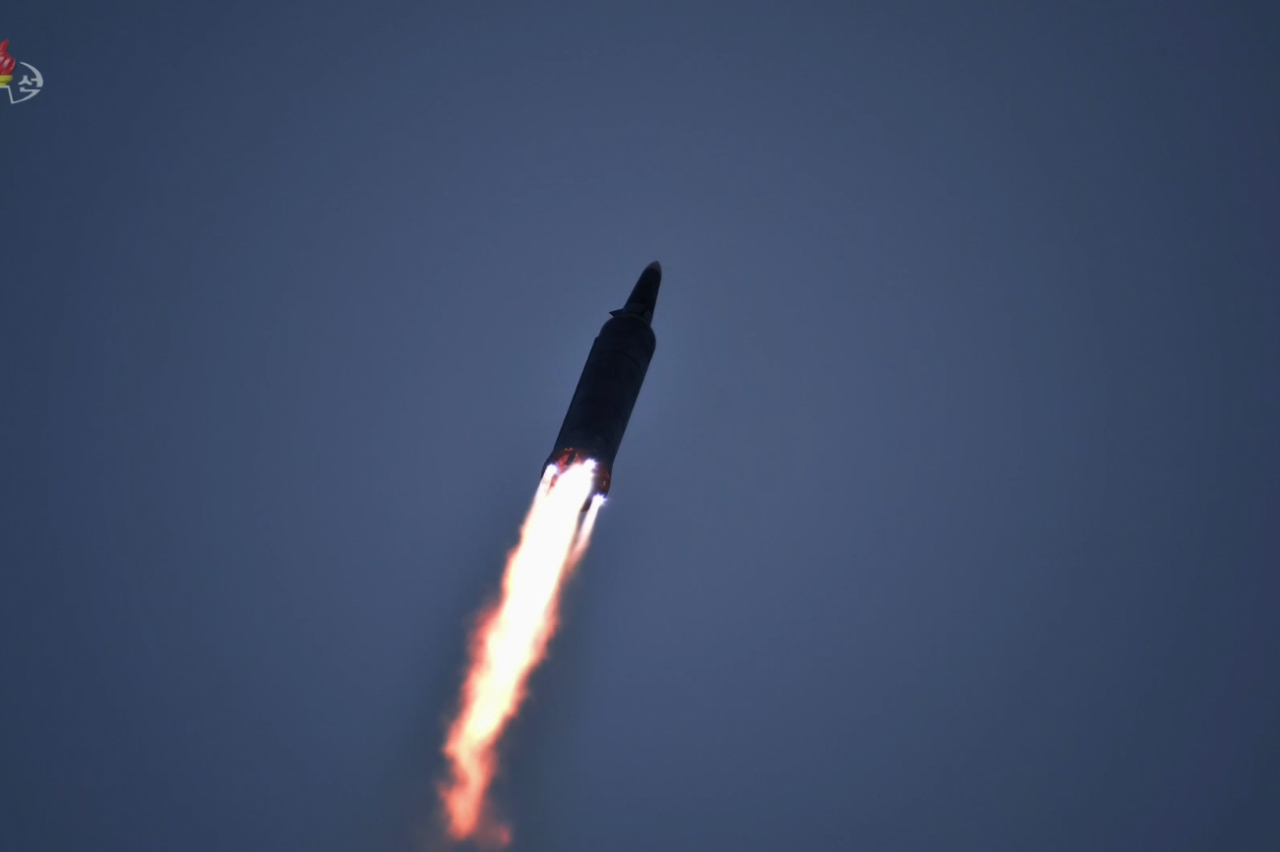 This photo, released by North Korea's official Korean Central Television on Wednesday, shows what the North claims to be a new hypersonic missile being launched the previous day. (North Korea's official Korean Central Television)
South Korea said Thursday the US push for additional UN sanctions on North Korea appears intended to drum up a unified response from the international community to Pyongyang's recent provocations.

Washington appears to want to expand sanctions under existing UN Security Council resolutions rather than to adopt new resolutions, according to Choi Young-sam, spokesman for the Ministry of Foreign Affairs.

He was referring to a public message by the US Ambassador to the UN Linda Thomas-Greenfield that was issued hours after the Joe Biden administration's announcement of its own sanctions on six North Korean officials linked to Pyongyang's ballistic missile program and weapons of mass destruction.

"On top of today's designations by @StateDept and @USTreasury, the US is proposing @UN sanctions following North Korea's six ballistic missile launches since September 2021, each of which were in violation of UN Security Council resolutions," she wrote on Twitter.

Asked about Washington's move, Choi said it is understood to reflect its pursuit of dialogue and diplomacy involving Pyongyang and its call for the international community to stand together in response to North Korea's back-to-back test-launches of what it claims to be hypersonic missiles earlier this month.

"It is seen as reflecting the US current stance that both dialogue and implementation of sanctions on North Korea are imperative," Choi said during a regular press briefing.

He added that South Korea will collaborate with the US in that regard.

"South Korea and the US will continue efforts to resume dialogue to come up with a substantive solution to the North Korean nuclear issue," Choi said. "We urge North Korea to return to the negotiating table without aggravating the situation."

North Korea is already subject to a wide web of UN Security Council sanctions for its nuclear and long-range missile tests, which ban it from making any launch using ballistic missile technology. Many observers agree that implementation is the key.

It remains unclear whether the UN council will reach a consensus on adding sanctions on Pyongyang especially as two permanent members -- China and Russia -- have veto power.

Meanwhile, the US notified South Korea in advance of its decision to impose the latest sanctions on North Korean officials via diplomatic channels, a foreign ministry official said on background. (Yonhap)