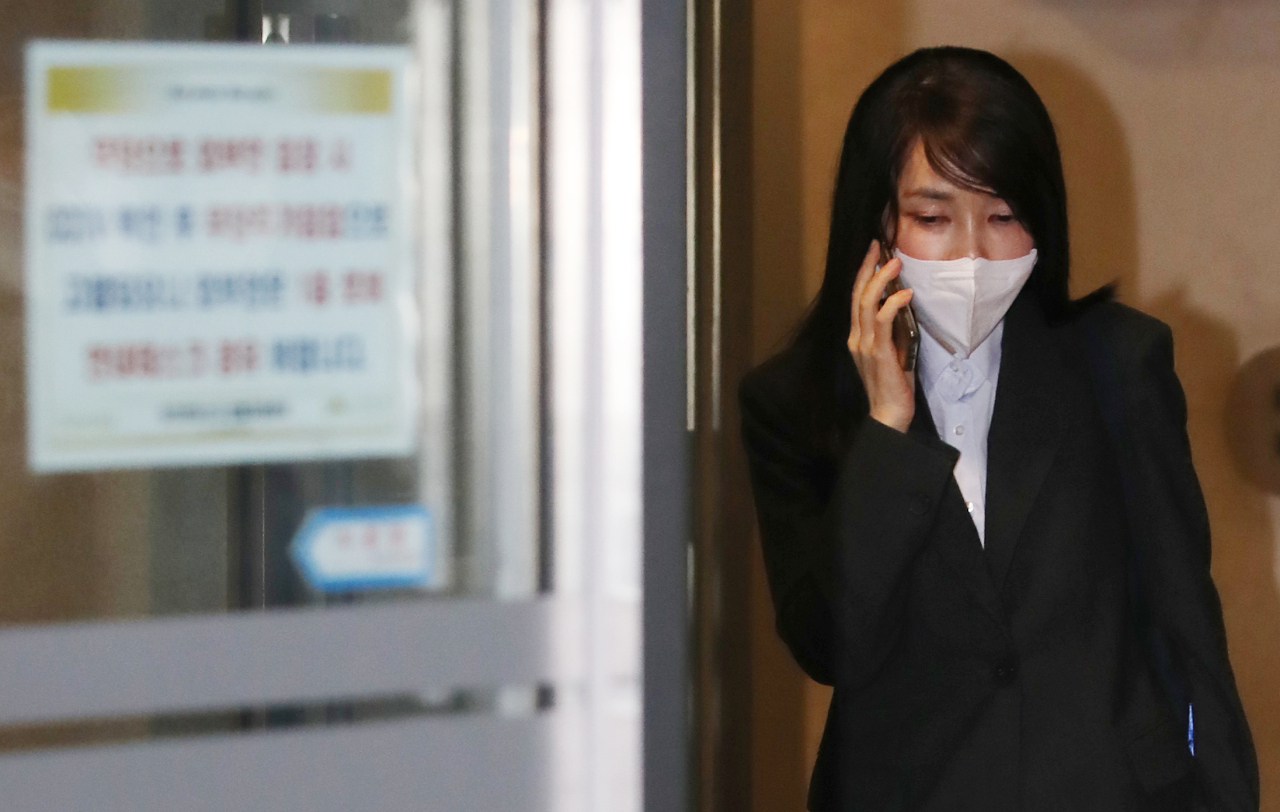 Kim Keon-hee, wife of the main opposition People Power Party's presidential candidate, Yoon Suk-yeol, makes a phone call as she leaves her residence in Seoul on Dec. 15, 2021, to head to her office. (Yonhap)
The main opposition People Power Party (PPP) on Thursday sought an injunction to stop a TV station from broadcasting the recordings of alleged phone calls between the wife of its presidential candidate Yoon Suk-yeol and a reporter.

According to news reports, Yoon's wife Kim Keon-hee spoke by phone with the person who works for the YouTube channel Voice of Seoul for a total of seven hours last year and criticized the Moon Jae-in government, among other things.

The phone calls were recorded and are soon expected to be played by MBC TV.

"If MBC, a public broadcaster, obtains files of personal conversations that were secretly and illegally recorded and broadcasts them after edits and distortions at a time when they will have an impact on the election, that in itself amounts to election interference," Lee Yang-soo, a campaign spokesperson, said in a statement. "We hope MBC will use caution in deciding whether to broadcast (the files) based on the fact that it is a public broadcaster."

The request was filed with the Seoul Western District Court.

The PPP has slammed the planned disclosure of the recordings as political maneuvering.

Kim previously came under fire for allegedly falsifying her credentials on job applications and issued a public apology at the party's headquarters. (Yonhap)