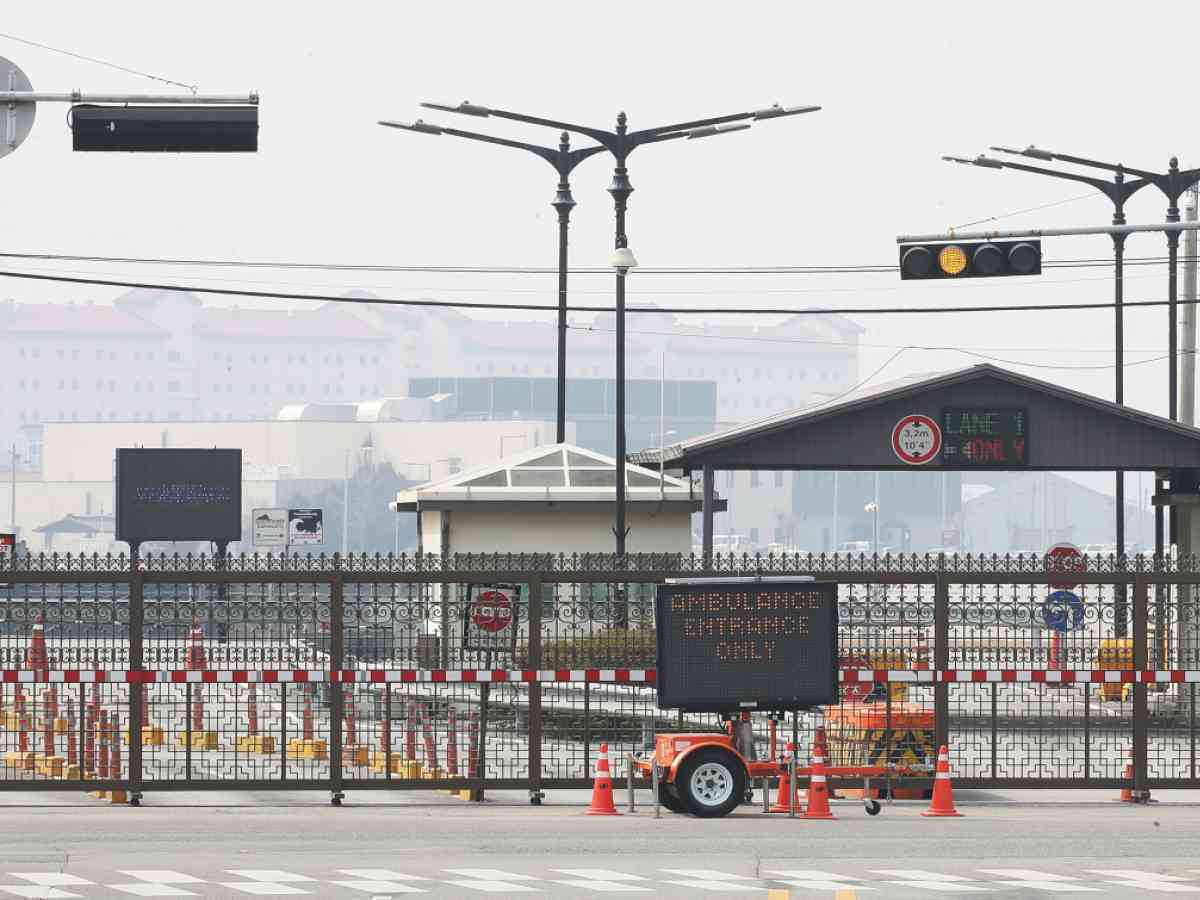 Seen in this file photo is a gate of the US base Camp Humphreys in Pyeongtaek, 70 kilometers south of Seoul. (Yonhap)
South Korea and the United States are considering postponing their combined springtime military exercise, usually held in March, to April due to the March 9 presidential election and the COVID-19 pandemic, multiple sources said Thursday.

The allies have been discussing the possible delay in consideration of the virus' unabated spread and the need to ensure South Korean troops can exercise their voting rights in the election unhindered by the round-the-clock command post training, the sources said.

The move also comes amid worries that preparations for the exercise, albeit defensive in nature, could impede Seoul's efforts to resume inter-Korean dialogue and could go against the Olympic spirit of peace at the Beijing Games slated for next month.

"There have been discussions on the possible postponement due to the election season and the coronavirus woes," an informed source told Yonhap News Agency on condition of anonymity.

Seoul and Washington conduct two major regular joint exercises each year -- one in March and the other in August -- to reinforce their defense capabilities against possible North Korean aggression.

But Election Day changed to March 9 in 2017 following the ouster of former scandal-hit President Park Geun-hye. Incumbent President Moon Jae-in began his single, five-year term in May that year, two months after the election.

Asked to confirm the allies' discussions on the exercise, Seoul's defense ministry said the two sides are still in talks over the details.

"The authorities of South Korea and the US are in consultation over the specific timing and method of the exercise," a ministry official told Yonhap on condition of anonymity.

The US Forces Korea (USFK) refused to comment on the exercise plans.

"As a matter of policy, we do not comment on planned or executed combined training, and any decision regarding combined training will be made by the US-ROK alliance," USFK spokesperson Col. Lee Peters told Yonhap. ROK stands for South Korea's official name, Republic of Korea.

On Tuesday last week, Boo Seong-chan, the ministry's spokesperson, said that details, including the timing and scale of this year's combined exercises, have yet to be finalized.

His remarks came after Radio Free Asia reported that the US Department of Defense said there have been "no changes" to the schedule for the allies' training and exercise. (Yonhap)