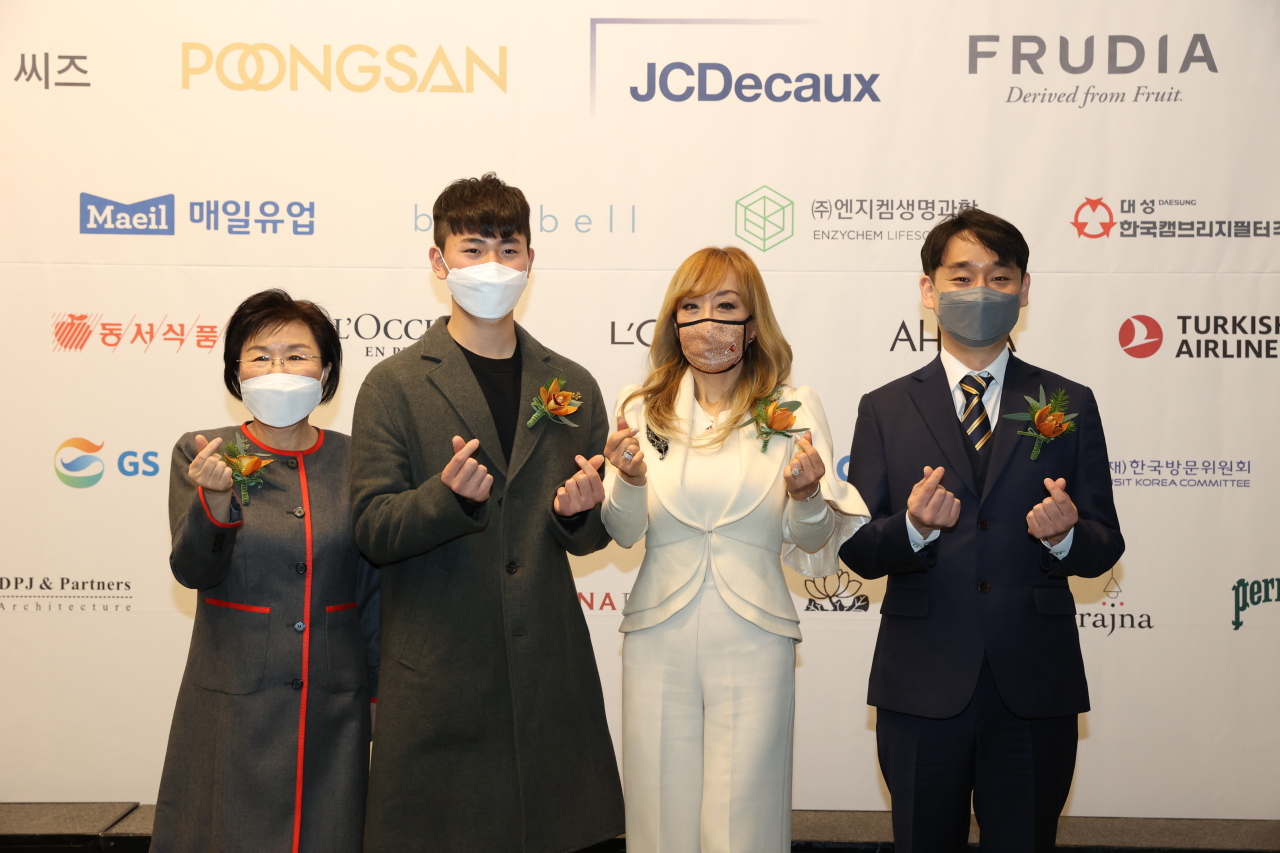 The 18th edition of the annual awards took place at the InterContinental Seoul Coex in Samseong-dong, southern Seoul.

“Though we are experiencing a challenging time with the COVID-19 pandemic, I am grateful that we are able to have the chance to hold the event and recognize the contribution and efforts by the winners of this year’s Korea Image Award,” Corea Image Communication Institute President Choi Jung-wha said in her opening speech.

The annual event started off by awarding director Hwang Dong-hyuk and three additional recipients for helping promote the cultural contents and image of Korea abroad.

“I am very honored to win a prize in the Korea Image Award. I wanted to create a story that will be empathized with by many viewers, but I never expected to have such a huge success. Despite the language barrier, I am thankful for the local and global viewers who enjoyed ‘Squid Game,’” said director Hwang, who joined the award ceremony virtually.

“I think I will be more careful in creating projects, keeping in mind that they can be the faces that represent our country,” Hwang added.

As the recipient of Korea Image Stepping Stone Bridge Award, Don Kang, the vice president of content for Netflix Korea, shared his thoughts about Netflix’s success with the Korean originals. 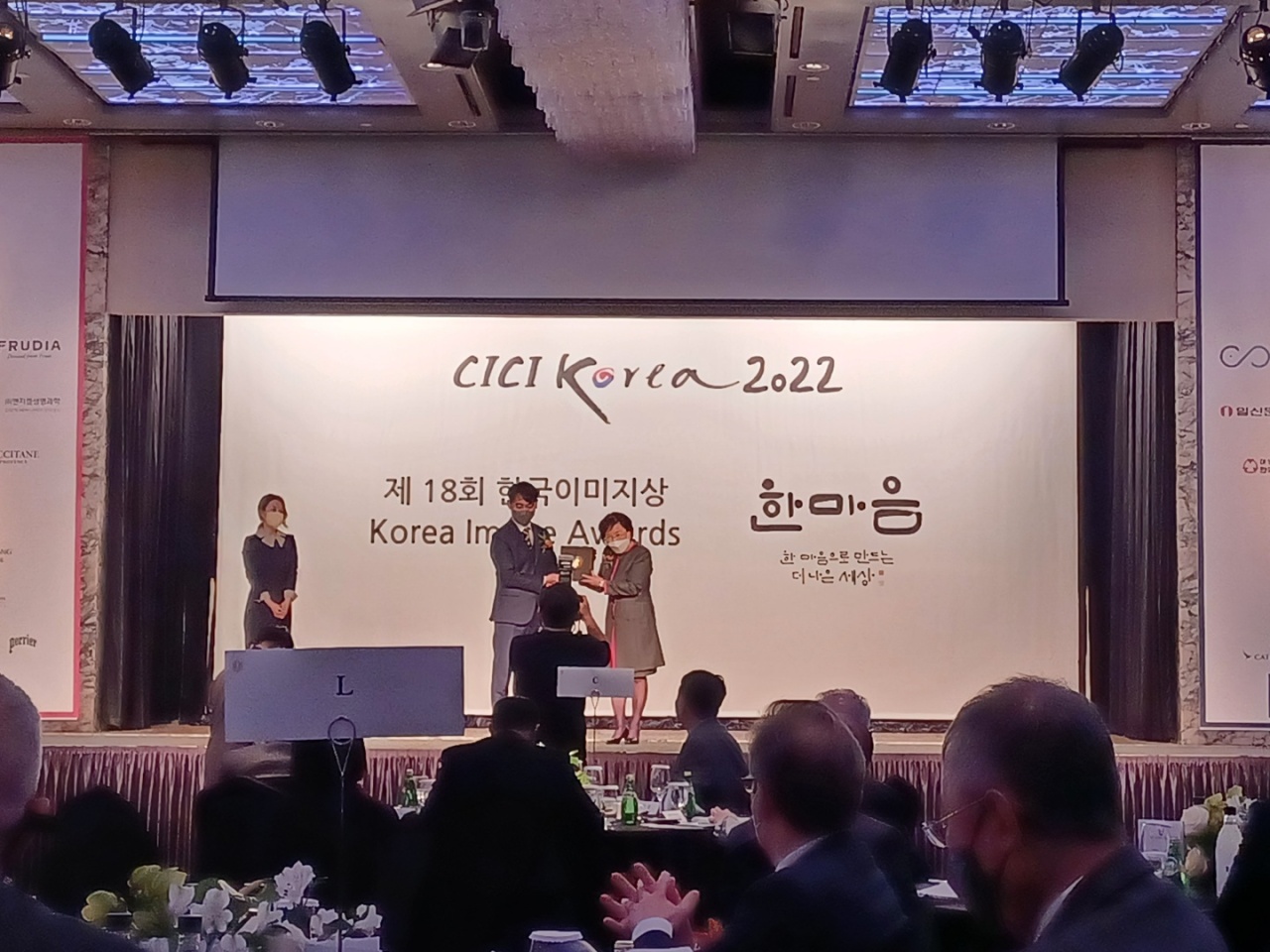 Vice president of content for Netflix Korea Don Kang (left) and CICI President Choi Jung-wha pose for a photo during the Korea Image Awards on Wednesday. (Lee Si-jin/The Korea Herald)
“I personally believe that the biggest strength of Netflix original contents is localization, allowing the viewers from other countries to fully enjoy the contents,” Kang said.

“Netflix series aside, the company’s Korean variety shows like ‘Single’s Inferno’ is starting to get global recognition. As a person who is seeing and feeling the viewers’ reaction at the forefront, I feel that the spread of Hallyu is evolved into a new level of cultural renaissance. I am really grateful for the viewers’ love and support for Netflix original contents,” Kang added. 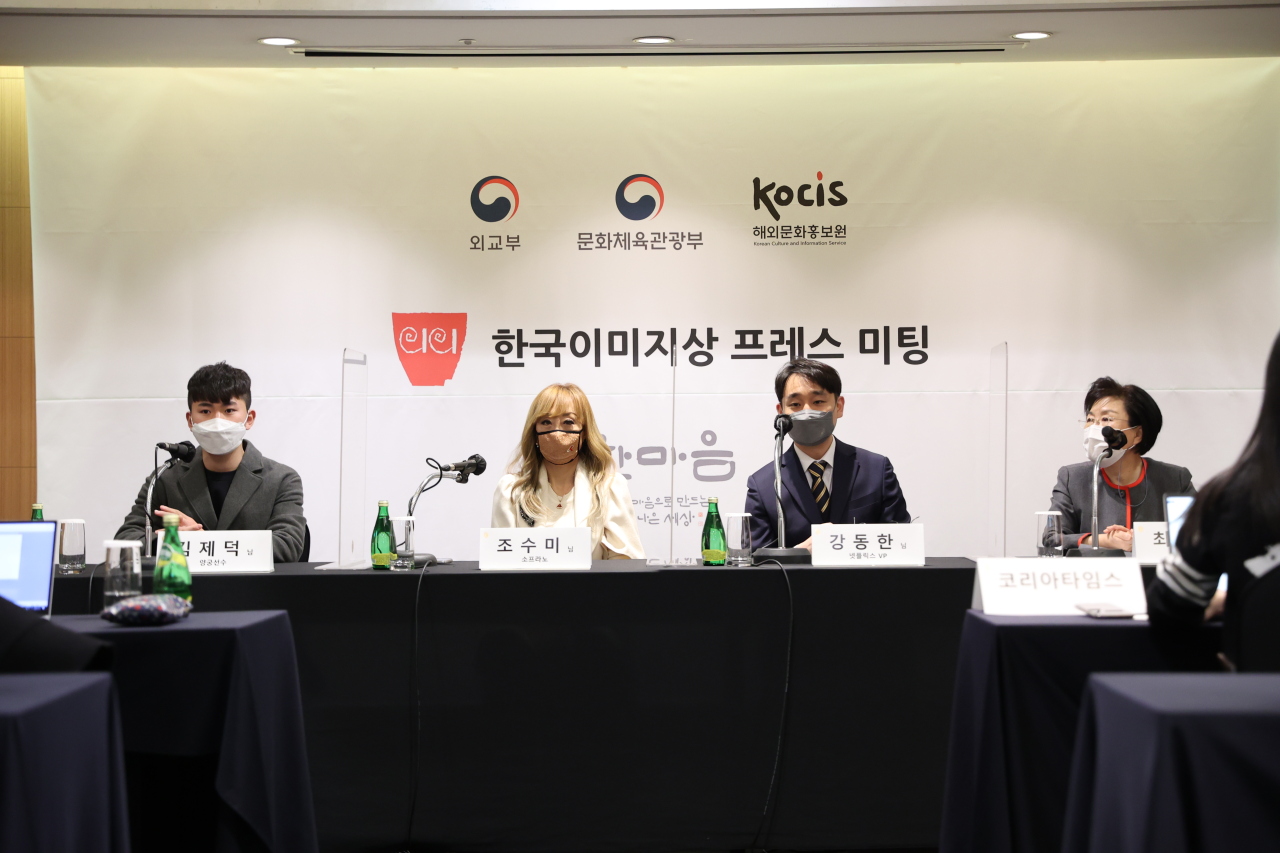 “The COVID-19 pandemic has changed our life greatly. As a classic artist, I was reluctant about presenting my voice through the digital media, but my way of thinking completely changed after witnessing the corpses being moved in trucks in Italy and losing my beloved friend,” Jo said in a press conference before the award ceremony on Wednesday.

“This was the reason why I decided to record myself singing ‘Ave Maria’ on my smartphone, and it received a lot of applause. I felt that I had to change and think seriously about what I can do during this pandemic era as an artist,” Jo added.

Organized by the Corea Image Communication Institute and sponsored by Ministry of Foreign Affairs, Ministry of Culture, Sports and Tourism, and Korean Culture and Information Service, the event seeks to recognize the contribution in spreading and boosting the country’s reputation.