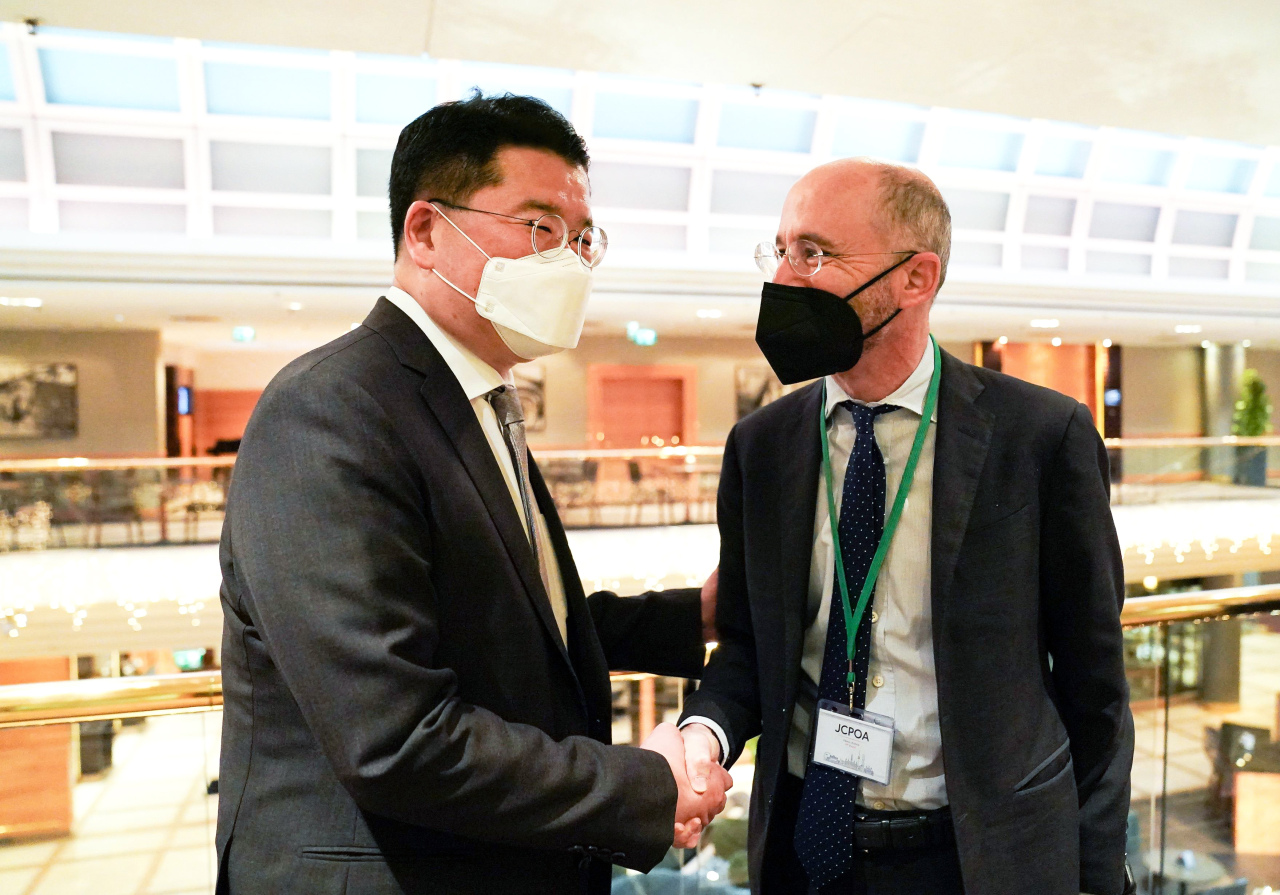 The US Treasury Department's Office Foreign Assets Control (OFAC) issued a "specific license" on Jan. 6 to allow the Seoul government to pay compensation to the Iranian investor over a failed takeover of Daewoo Electronics dating back to 2010, according to the ministry.

Earlier this week, South Korea's Vice Foreign Minister Choi Jong-kun met with US Special Envoy for Iran Robert Malley in Vienna on the sidelines of the talks to restore a 2015 Iran nuclear deal.

In June 2018, the International Center for Settlement of Investment Disputes (ICSID) ordered the Seoul government to pay the Dayyani family about 73 billion won ($63 million), but the payment has not been made due to US sanctions on Iran.

The ministry said the specific license, which is issued on a case-by-case basis, will allow the Seoul government to use the US financial system to send money to the Dayyani family. The exact amount of money to be sent will likely be decided via follow-up consultations.

"The license is expected to serve as important grounds to promptly wrap up the ISDS case with the Dayyani family, one of the pending issues between South Korea and Iran, and it is expected to help improve bilateral relations," the ministry said in a press release.

Still, the fate of $7 billion of Iranian assets frozen in South Korean banks depends primarily on the outcome of negotiations between Iran and the world powers, Seoul officials noted. (Yonhap)