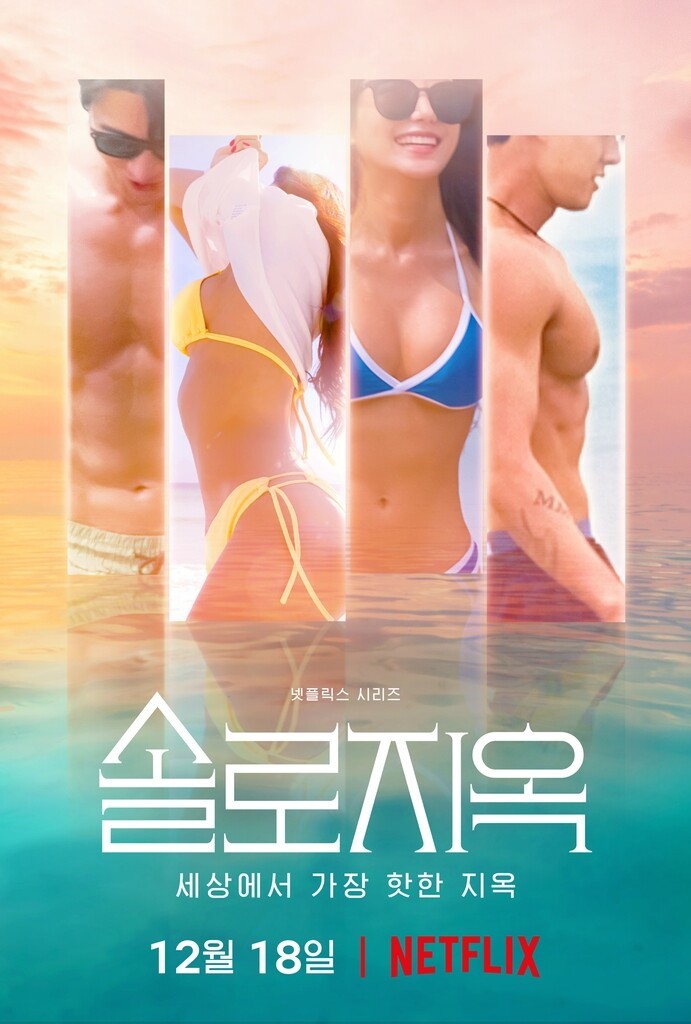 The poster of the Netflix original “Single's Inferno.” (Netflix)
In Netflix’s reality dating show “Single’s Inferno,” 12 attractive men and women try to escape a deserted island by becoming a couple.

The Korean show portrays the island as an “inferno,” where only successfully-matched couples can be heliported out of to “paradise,” a luxurious hotel. However, the location drew curiosity among global viewers for its beauty.

It is Saseungbongdo, an uninhabited island off the west coast of South Korea, not far from the capital Seoul. 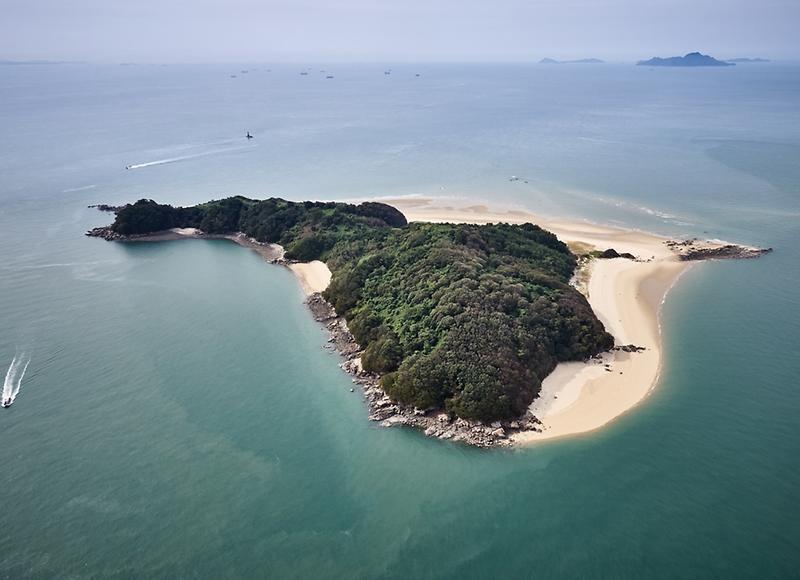 An aerial image of Saseungbongdo, an uninhabited island located in Incheon. (Incheon Tourism Organization)
Despite its sudden fame, the island, a private property, is not accessible as of now, as the fishing boats – the only way for visitors to reach the island – don’t sail during winter.

The small desolate island, with a total area of 168,910 square meters, was officially registered as one of the nation’s uninhabited islands subject to strict environmental preservation in August 2018, according to the Ministry of Oceans and Fisheries.

Visitors can get to Saseungbongdo by taking fishing boats at a dock in Seungbongdo, 2.2 kilometers away from the desert island just off the coast in Incheon. Seungbongdo is inhabited by nearly 200 people. 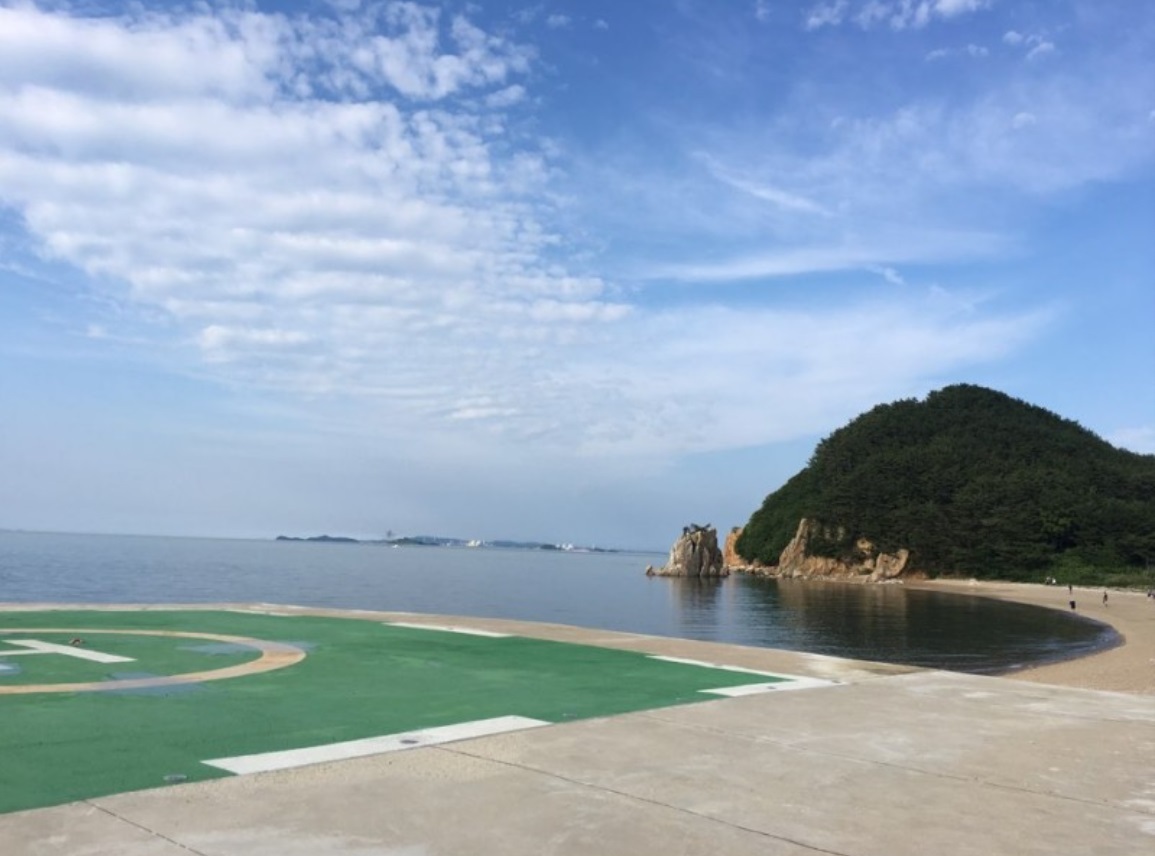 An image of a heliport on the island, where the contestants are transported via helicopter to a nearby luxurious hotel offering delicious food and spa treatment, called “Paradise” island on the show. (Incheon Tourism Organization)
Boasting a clear, shimmering ocean and a vast sand field surrounded by dense woods, the hidden island has emerged as a hot spot for outdoor camping lovers and backpackers. Grass fields on the northern coast is a perfect place to set up tents or tables for cooking. Sandy fields stretched out along the sea attract the eye of sunbathers. 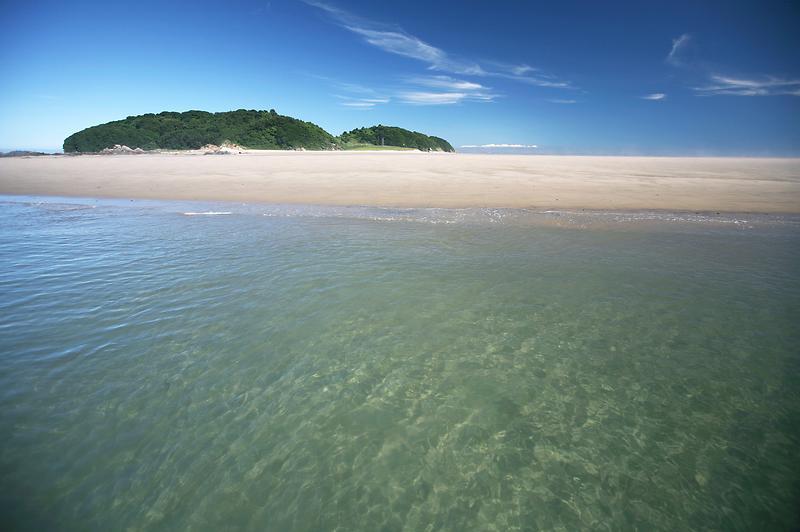 An image of the ocean and sand field on the desert island. (Incheon Tourism Organization)
Also, watching the sunset and twinkling stars in the night sky from a quiet and peaceful island offers unforgettable memories to take home.