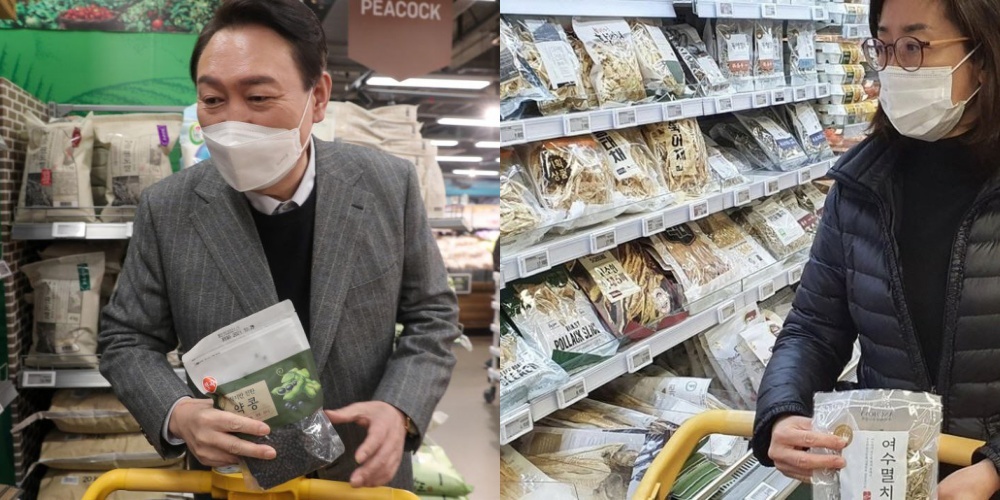 The left photo shows Yoon Suk-yeol, presidential candidate of the People Power Party, holding a package of beans at a Emart supermarket on Jan. 8. Seen in the right is the party's former floor leader Na Kyung-won buying anchovies. (Yonhap/ Na's facebook)
When Shinsegae Group Vice Chairman Chung Yong-jin wrote “Annihilate communism” on his Instagram along with a photo of Chinese President Xi Jinping last week, it is unlikely that he intended to start a fad. 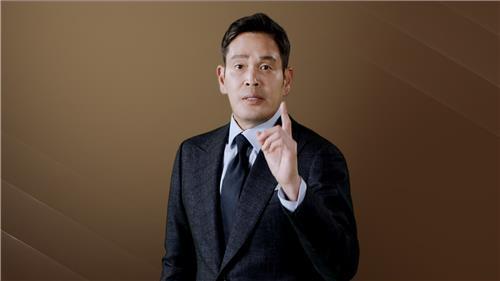 Shinsegae Group Vice Chairman Chung Yong-jin (Yonhap)
But for some conservatives salivating over a chance to slam the ruling camp’s guiding philosophy of diplomacy known as strategic ambiguity, the half-joke was just too spot on.

A day after Chung’s post, Yoon Suk-yeol, presidential candidate of the conservative People Power Party, put anchovies and beans in his cart at a branch of the Shinsegae-run Emart supermarket chain in Seoul, a staged stop on the campaign trail. Journalists following him didn’t fail to catch the meaning of his choice of the items. In Korean, the first syllables of the words for anchovies and beans sound similar to the phrase of the Cold War-era slogan that Chung used.

As criticism grew over the lightness of his action, Yoon argued for his freedom of speech, while saying he just shopped what he needed.

“I eat anchovies and beans a lot,” he said.

Former Rep. Na stood by what she did and said, “This country is so allergic to any mention of Communism. That is Communism.”

The liberal ruling Democratic Party of Korea urged the opposition politicians to be more sensitive, brandishing their anti-communism pledges as childish acts.

Meanwhile, shares in Shinsegae took a nosedive on the Seoul’s main bourse Monday, as investors dumped the stock for the fear of a possible retaliation by China.

The group, which holds 44 trillion won ($36.6 billion) in assets, operates a wide range of businesses, from duty-free stores to hypermarket chains.

Chung’s flagship business E-mart pulled out of the Chinese market in 2017 due to its sluggish business performance. But Chinese customers account for the lion’s share of the sales of Shinsegae Duty Free, which is led by Chung’s sister Yoo-kyung.