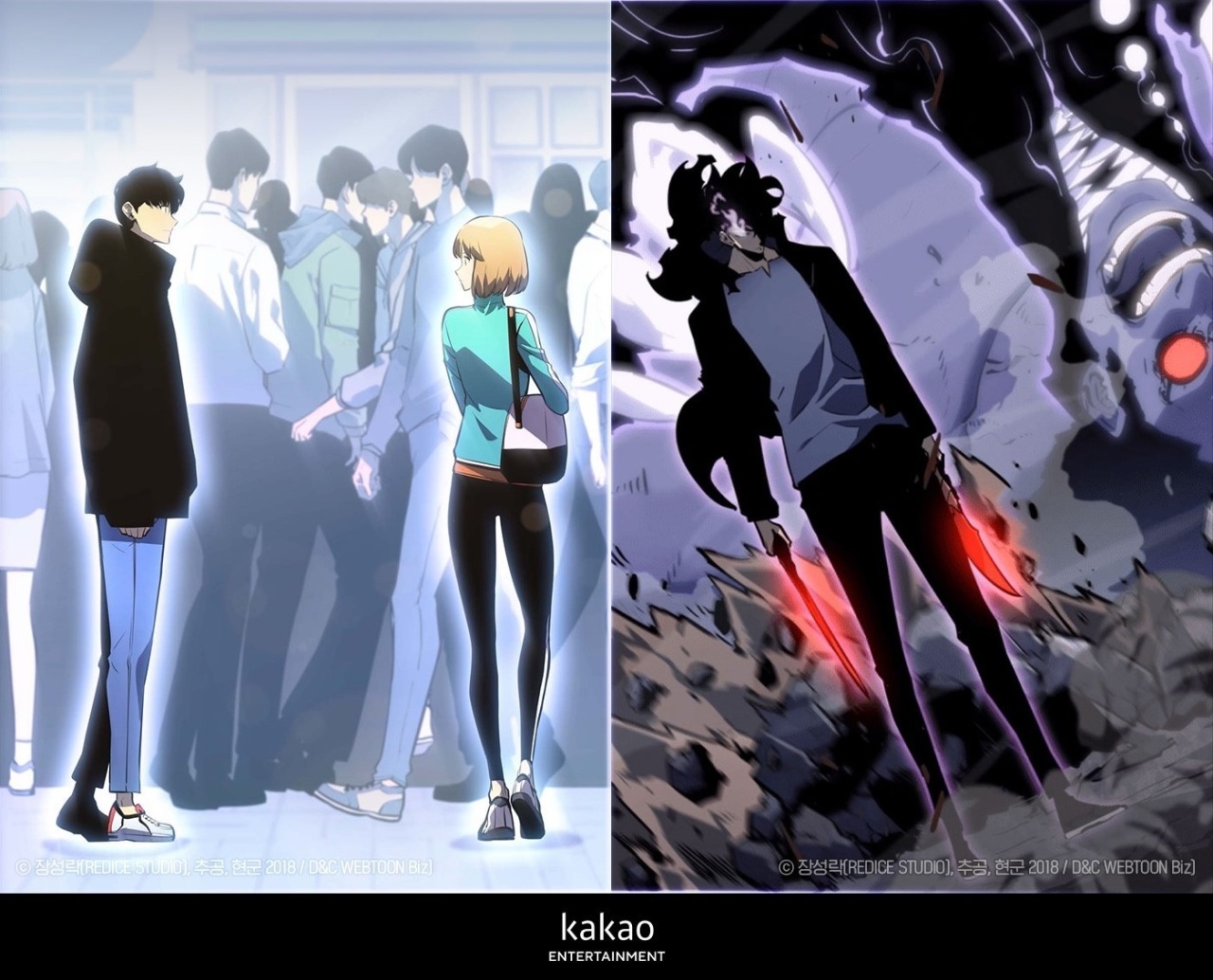 Drawn by the webtoon’s illustrator Jang Sung-rak, two of the most famous scenes -- the last scene of the final episode and an iconic scene from the 172nd episode -- will be released as the company’s NFTs.

The two NFTs can be bought for 600 KLAY coins, with the first and second NFTs priced at 500 KLAY coins and 100 KLAY coins respectively. KLAY is the cryptocurrency created by Kakao Corp.

The NFTs will be available in the One Day One Drop section of Klip Drops. Those who purchase “Solo Leveling” NFTs are eligible to made additional deals with other NFT collectors in the digital marketplace.

The series centers around Sung Jin-woo, a weak character who becomes the world’s strongest hunter with his special ability to “level up” by completing various quests, like in a role-playing game.

“Along with film, drama, game and animation, the NFT will innovate and lead the trend of webtoons‘ secondary creation,” Kakao Entertainment officials said in a press release Saturday. “Our company seeks to elevate both the individual IP life cycles and the webtoon industry with the collaboration of the global blockbuster IPs and rising digital asset NFT,” the official added.