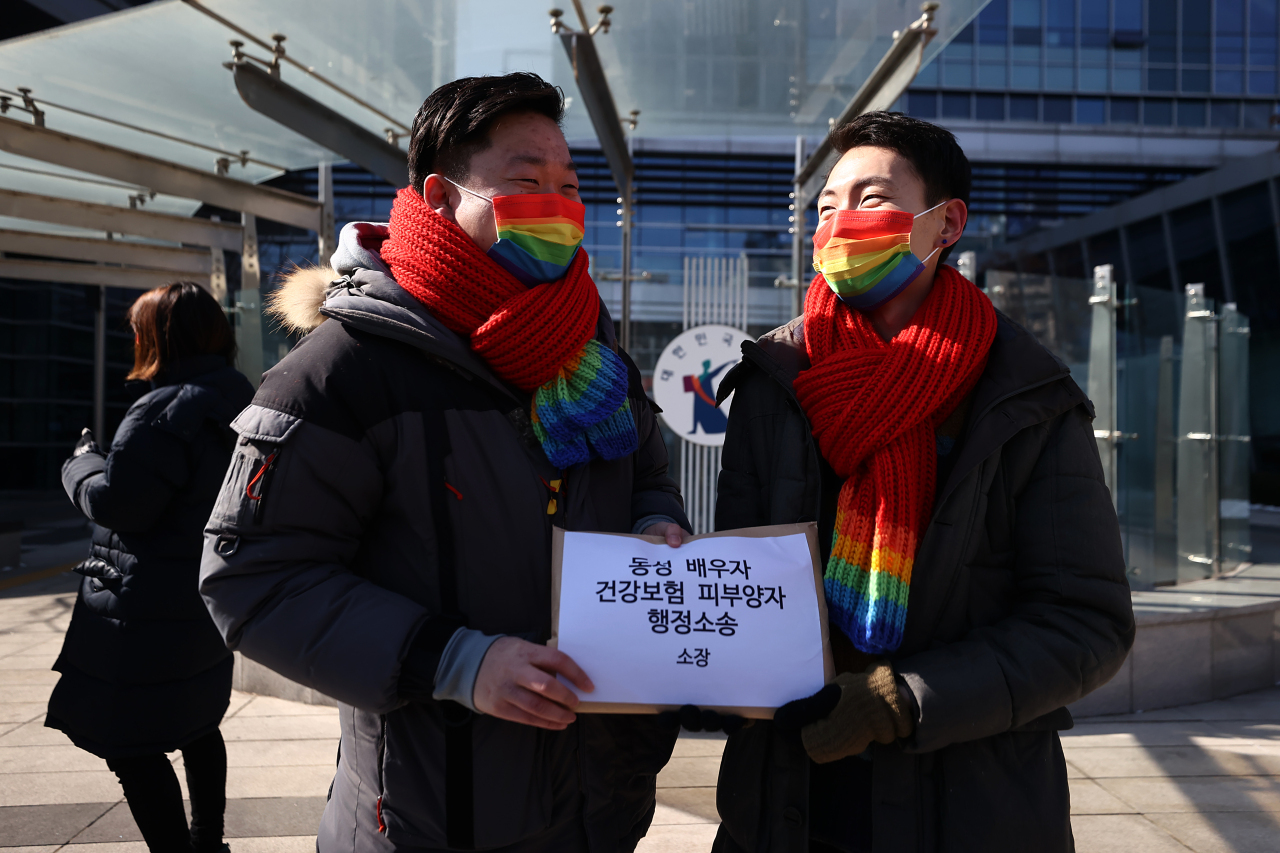 So Seong-wook (L) and Kim Yong-min, a South Korean gay couple, stand in front of the Seoul Administrative Court in southern Seoul on Feb. 19, 2021, before filing an administrative lawsuit against the National Health Insurance Service. (Yonhap)
A Seoul court on Friday ruled against a same sex couple demanding the same spousal health insurance coverage as heterosexual couples, saying matrimony in South Korea is still considered a union between a man and a woman.

In February of last year, So Seong-wook filed the administrative lawsuit against the National Health Insurance Service (NHIS) after the agency canceled So's coverage under the insurance program of his male partner's employer.

"The union of a man and a woman is still understood as the core element of marriage based on existing civic law, Supreme Court and Constitutional Court ruling precedent," the Seoul Administrative Court said in the ruling.

It said there was no legal ground to expand the concept of marriage to that of homosexual unions.

The court also said it did not find the NHIS in violation of the principle of equality under the Constitution, saying the union of a man and a woman and that of homosexuals "fundamentally cannot be seen as equal."

According to So, the NHIS first granted him coverage under Kim's employer-based health insurance program as a dependent in February 2020, but it later reversed the decision citing their same-sex marriage.

So claimed he and his partner were discriminated against, as the NHIS grants spousal coverage to common-law partners.

South Korea by law does not legally recognize same-sex marriages. So and his partner said they will appeal the ruling.

"We will appeal, and the world will change," So said in a press conference after the ruling. "I believe a world in which people can live equally is coming soon," he added. (Yonhap)