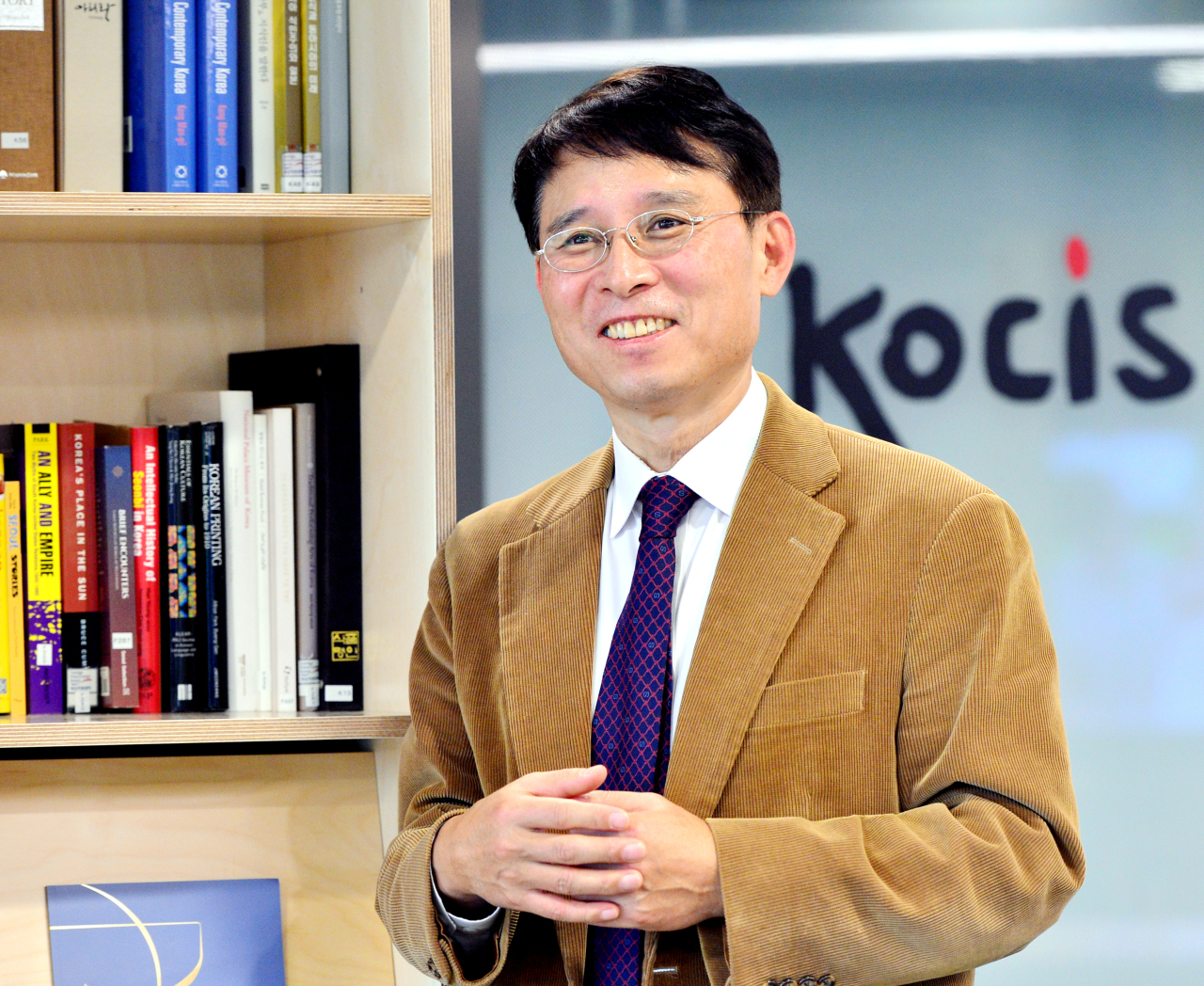 Park Jung-youl, Director of the Korean Culture and Information Service, talks during an interview with the Korea Herald on Thursday. (Park Hyun-koo/The Korea Herald)
Despite being founded 50 years ago to promote Korea’s national brand, Korean Culture and Information Service is far from a household name within Korea, though it intends to change that this year.

The organization plans to push for greater cultural exchange with Korea‘s partner nations, according to Park Jung-youl, the director of the KOCIS, who took the helm in September 2020, amid the COVID-19 pandemic and the rise of Hallyu.

A veteran government official, Park told the Korea Herald on Thursday that he was fortunate to have taken leadership of the agency during such a momentous period, which happens to coincide with the agency’s 50th anniversary. He seeks to maintain the current momentum of the country‘s cultural output and advance it yet further during his time in the role.

To achieve these goals, KOCIS plans to not only contribute to but lead global discussions and policy generation on big issues, such as COVID-19, climate change, social safety nets, human rights, labor and gender issues. The organization was able to bring these goals to fruition during its inaugural World Future Forum in December of last year, which marks only the beginning of these efforts.

“Korea’s private sectors are already excelling on the global stage, which is why I believe KOCIS must now make leading international policy discussions one of its goals,“ Park said. 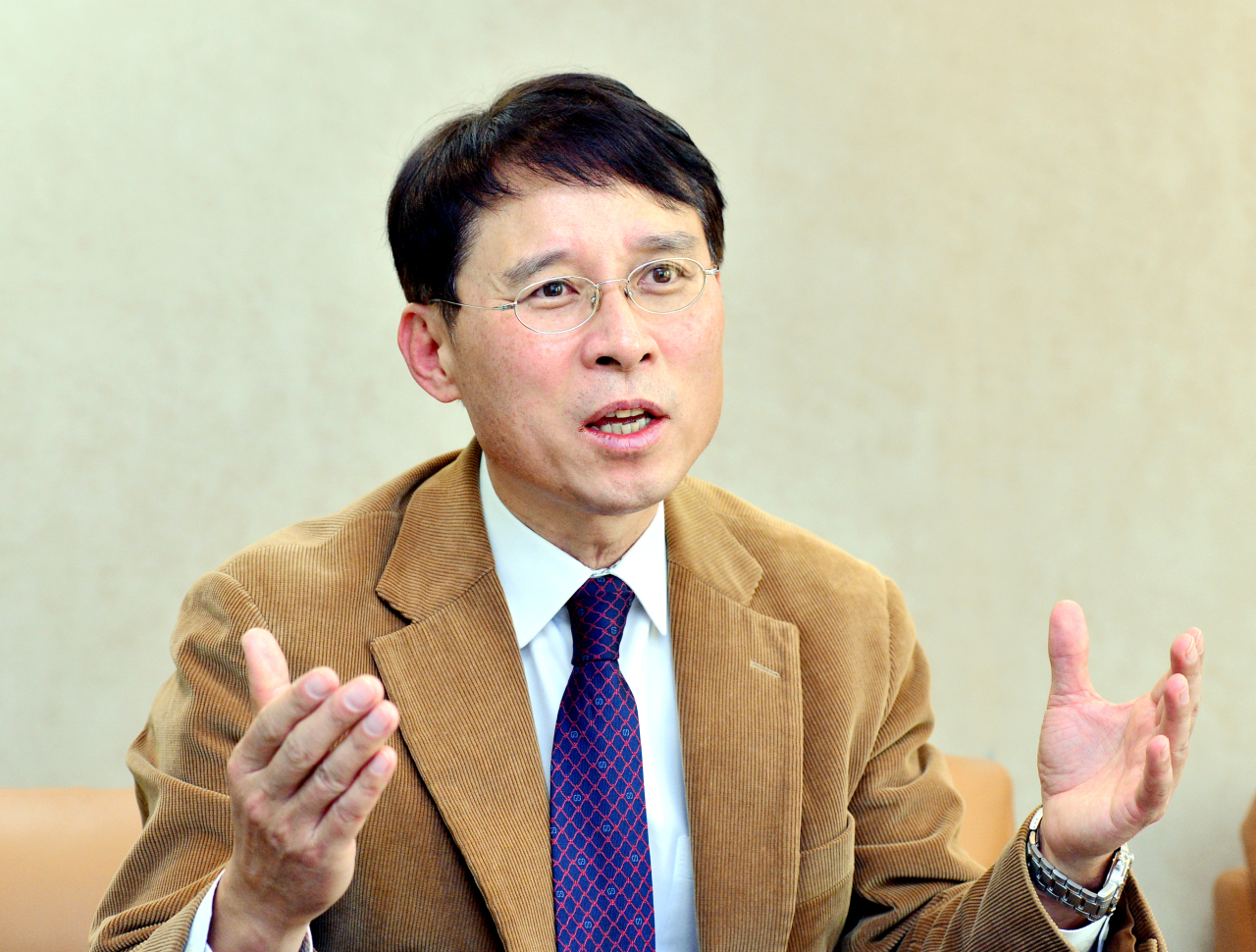 Park Jung-youl, Director of the Korean Culture and Information Service, talks during an interview with the Korea Herald on Thursday. (Park Hyun-koo/The Korea Herald)
Another goal for KOCIS is to expand the roles of the 33 existing Korea Culture Centers located in 28 nations worldwide to encourage greater cultural exchange with its global partners.

“The COVID-19 pandemic has changed many aspects of how we communicate, but the importance of physical spaces dedicated to Korean culture - the Korea Culture Centers, for example - hasn‘t lessened,” he added.

“Each Korea Culture Center plays a role in introducing Korean culture and discovering how we can tailor our offerings to meet the interests of domestic communities. In France, for instance, our concert venue is as valuable to domestic citizens as the Korean cooking class we offer. In Sweden, by contrast, we‘ve learned that people are mainly interested in cooking classes and a Korean library,” Park said.

In addition, “These culture centers also allow us to learn more about host countries,” Park noted. This year, each head of these centers will, for example, platform the domestic culture of the nation in which they’re based through hosting discussions.

The organization will open new culture centers in Sweden and Austria this year, alongside a seven-story center that will open in New York City, near the city’s Koreatown, equipped with a concert hall, exhibition center, and lecture room. This will become the world’s sixth Korea Center, following similar centers in Los Angeles, Beijing, Shanghai, Tokyo and Paris, and will host various government agencies including the Korea Culture Center, the New York office of Korea’s Tourism Promotion Office, and the Korea Content Promotion Agency.

Founded on Dec. 31, 1971, KOCIS is a government organization established as an overseas PR department, then under a central agency that promoted culture. It was then incorporated into the Ministry of Culture, Sports and Tourism in 2008. In 2021, it launched a center for foreign media in the center of Seoul. This was a broader initiative to help foreign press report on South Korea.

To facilitate improved communication, the agency has launched a foreign spokesperson system for all 13 government ministries last year.