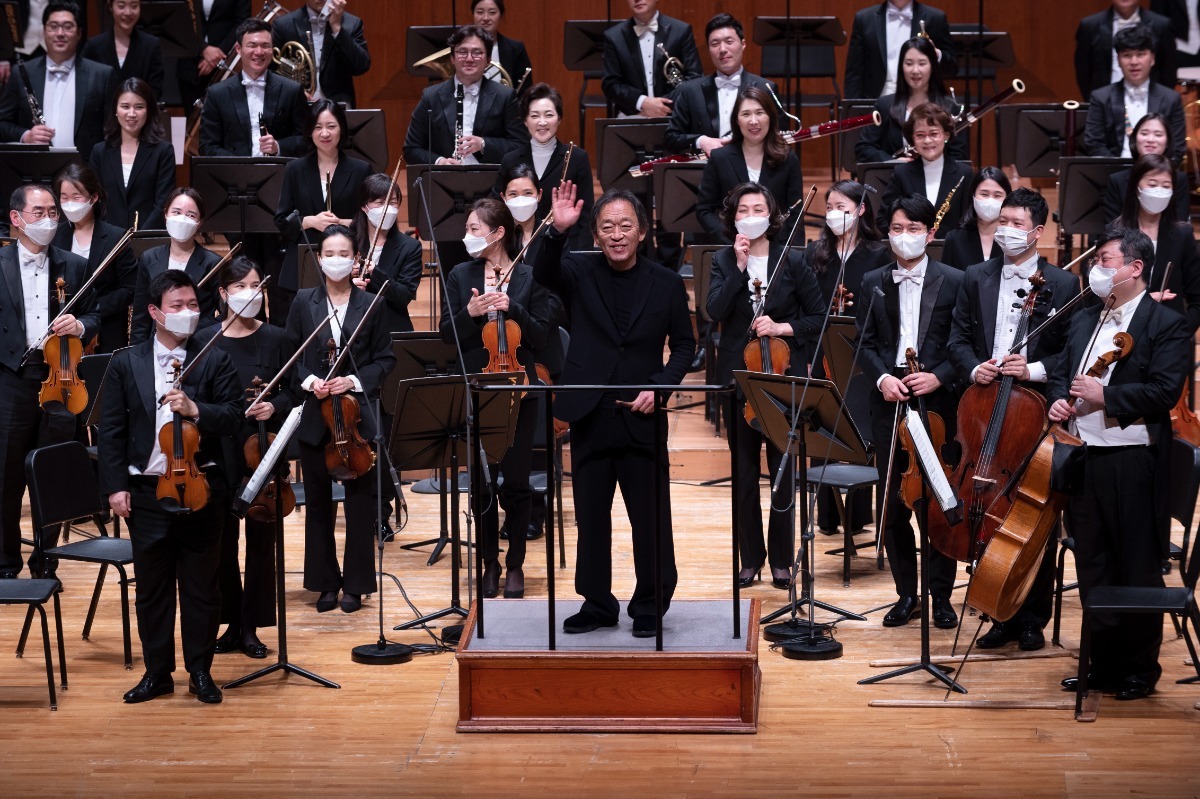 The news came days after Chung saved the orchestra’s Christmas Eve concert by leading the concert on behalf of Pietari Inkinen, the orchestra‘s music director who was unable to enter the country because of toughened self-quarantine rules. He also held the baton at concerts in December 2020 and August 2021 for the orchestra.

According to a report by Kookmin Ilbo citing unnamed sources, Chung will be given the title in January.

Chung has a long, complicated relationship with the KBS Symphony Orchestra.

In 1972, at the age of 18, Chung stood in front of the orchestra, which marked his debut in South Korea. He also took the helm of the orchestra in January 1998 as the executive conductor and music director but stepped down four months later amid a dispute with the management. It wasn’t until August 2018 that they collaborated again when Chung took the stage with pianist Garrick Ohlsson for a concert with the orchestra.

He was mentioned as a strong candidate to replace Yoel Levi as the orchestra’s music director and executive conductor, but in April last year during an interview, Chung made clear that he no longer wished to take an “executive” music director position at any orchestra because he did not want the responsibility.

Even though this would be the first time that he will take the honorary music director position in South Korea, Chung was given the title a few times from orchestras that he had previously worked with, including the Radio France Philharmonic Orchestra and the Tokyo Philharmonic Orchestra.

He also led the Seoul Philharmonic Orchestra (2006-2015) but stepped down from his position as the music director in 2015 after troubles with former SPO CEO Park Hyun-jung.