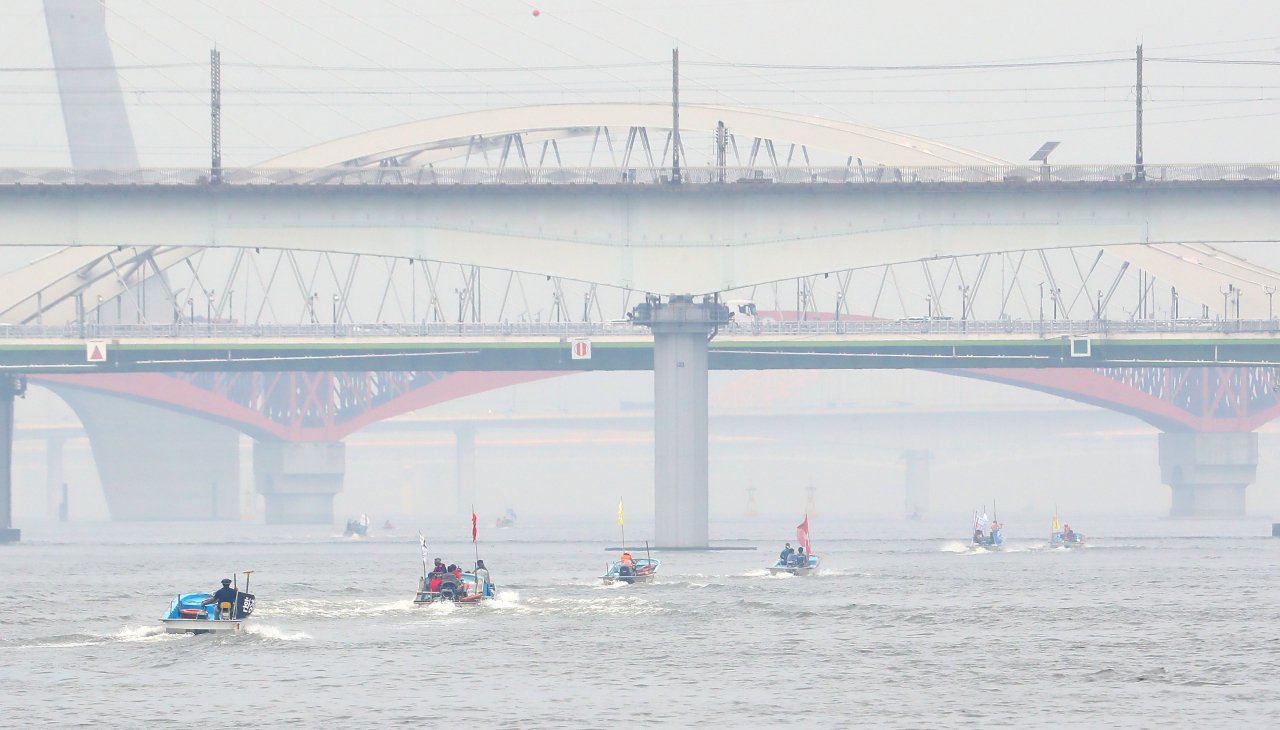 (Yonhap)
A drunk 30-something man has swum to safety after his car sank in the Han River near southeastern Seoul, police said Wednesday.

The man's car fell into the river near the southeastern district of Jamsil at around 10 p.m. Tuesday. The driver swam out of the sinking vehicle without sustaining major injuries, according to the police.