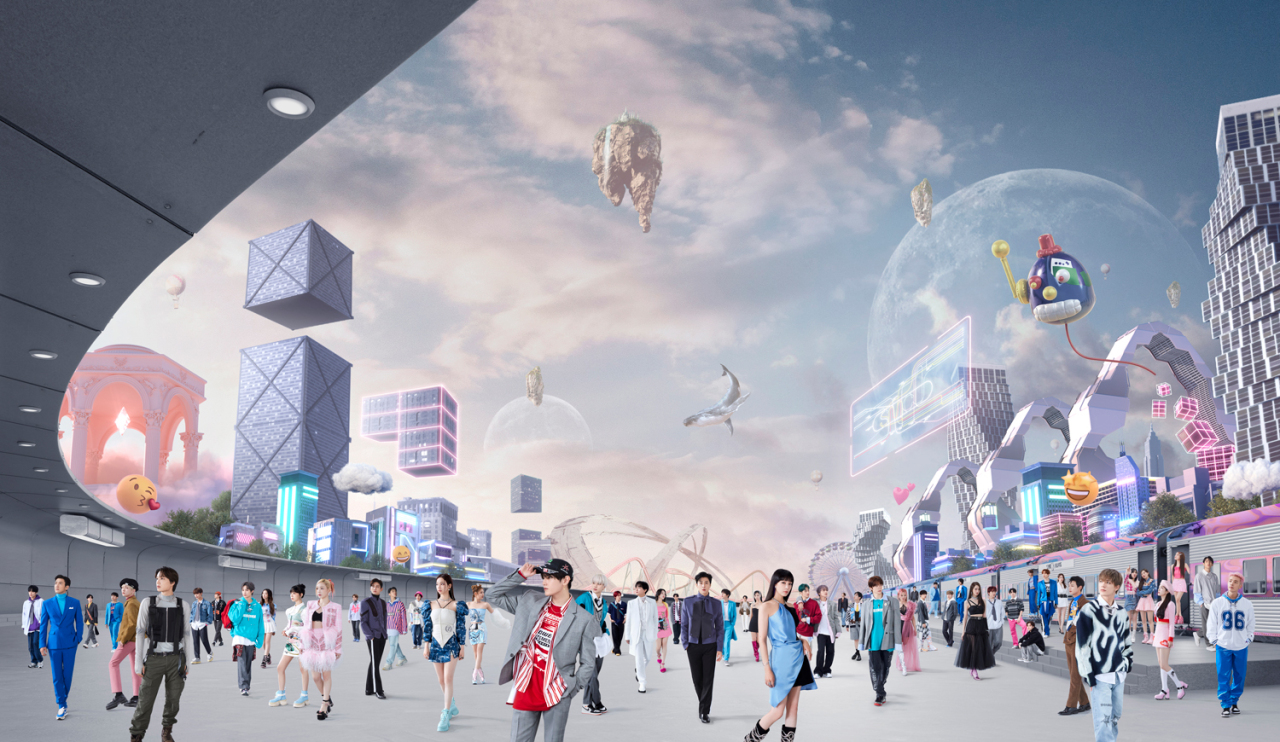 "SMTOWN 2022" (S.M. Entertainment)
S.M. Entertainment’s special winter album has made a successful return after a 10 year break, racking up highest sales among all seasonal project releases from the K-pop powerhouse.

The star-studded album from SMTOWN -- which refers to the collective of artists affiliated to S.M. -- was the first special winter release since the release of “2011 Winter SMTown: The Warmest Gift.”

The 10-track album not only includes songs from each of the groups, but some first-time collaborations.

To promote the album, S.M. conducted a multi-content project, held a media art event on Thursday, and hosted a free online concert on Saturday.

SMCU, which stands for “S.M. Culture Universe,” is a virtual world that links all S.M. artists under one coherent storyline.