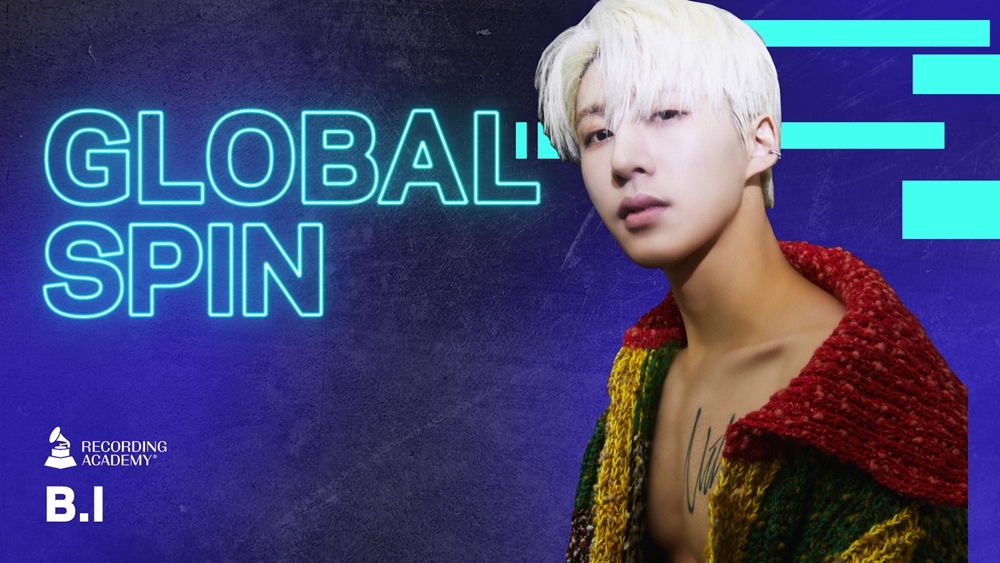 “Global Spin” highlights the diversity of noteworthy music from around the world. Each episode of the biweekly performance series features performances by artists and groups and celebrates both the creators and their home countries.

After receiving the Grammys’ proposal in December, B.I took part in arranging a song before filming a live stage for the program. The title of the song has not been disclosed.

The rapper-songwriter released his first full-length album titled “Waterfall” in June last year. It dominated the iTunes album charts in 24 regions across the world. He also landed on top of the iTunes songs charts in 15 regions with “Cosmos,” which was released in November.

B.I’s global recognition continued with the Time Magazine picking his album “Waterfall” as the best K-Pop songs and albums of 2021.

Meanwhile, B.I’s performance at the “Global Spin” will be released on the Grammys’ official website and social media platforms at 3 a.m., Wednesday in Korea.