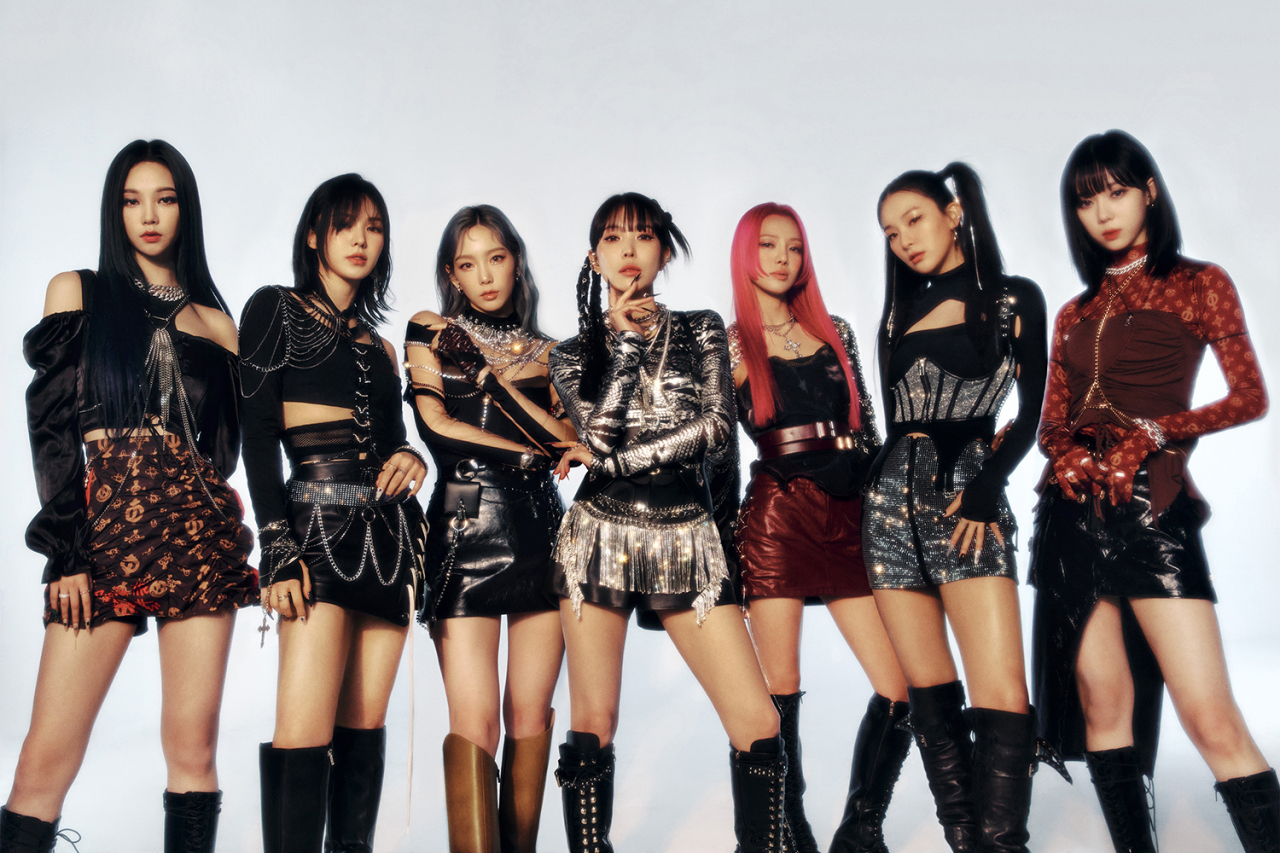 GOT the beat is the first subunit that marks the beginning of the label’s “Girls On Top” project aimed at bringing together the different voices of female artists.

The new project group is a rotational unit, so fans can expect a different lineup of singers for the group’s other songs.

The company has floated multiple teaser images following the announcement, triggering fans’ curiosity about which singers will be leading the group.

K-pop singer BoA, Taeyeon and Hyoyeon of Girls’ Generation, and Red Velvet’s Wendy and Seulgi will be helming the first unit that focuses on dance and performance. Also on board are Karina and Winter of rookie girl group aespa.

Solo queen BoA made her debut in 2000 with “ID; Peace B,” foraying into the Japanese market next year and played a significant role in spreading the Hallyu wave. She was the first Korean singer in history to sit at No. 1 on Japan’s Oricon chart. The soloist also has a career in the American music scene, where she made her English debut through her single, “Eat You Up,” in 2008.

The project is also named after BoA’s mega hit “Girls On Top,” the titular track of her fifth LP by hit producer Yoo Young-jin, making it even more meaningful. This is BoA’s first time being in a girl group.

Taeyeon and Hyoyeon marched into the music scene with their single “Into the New World,” and Girls’ Generation is one of the bestselling female acts in Korea’s history.

In their 14th year, main vocalist Taeyeon has branched out into a solo career by releasing her first-ever solo album, her first EP, “I,” in 2015. Main dancer Hyoyeon embarked on her solo journey with “Mystery” in 2016 as part of SM Station, a music project launched by S.M. Entertainment.

Wendy and Seulgi of Red Velvet launched into the music scene with their debut single, “Happiness,” in 2014. The group found fame with their summer bop “Red Flavor,” which gave them their summer queen title.

Seulgi, known for being both the dancer and the vocalist, has participated in various collaborations, teaming up with Zion. T for “Hello Tutorial,” for example. Last year, she also began promotions for “Irene & Seulgi,” the first subunit of Red Velvet.

In April, main vocalist Wendy went solo by releasing her first EP, “Like Water,” and participated in several soundtracks, including ”If I Could Read Your Mind“ for the tvN drama, “Yumi’s Cells,” released in September.

Karina and Winter of aespa made their grand debut in 2020 through “Black Mamba.” The group’s “Next Level” dropped in May became a mega hit and their first physical album “Savage” was released in October.

Of the seven members, it’s most likely that Taeyeon, Wendy and Winter will bring their vocals to the table, while Hyoyeon, Seulgi and Karina will show off their moves as dancers. BoA could take on either role as well as that of the main leader.

Although the company has not made any official statements on their respective roles, fans are excited to see the seven bandmates showcase their vocals and dance talents that have been honed through years.

The super group of seven’s debut song, “Step back,” is a hip-hop R&B-based track with bass sounds and an addictive instrumental background.

The lyrics talk about how a woman with high self-esteem acts in a relationship, and the overall theme of the new track gives off a “girls, bring it on” vibe, which is also the tagline of their Twitter bio.

Choreographers Kiel Tutin, ReiNa and Kyle Hanagami, who have worked with Jennifer Lopez and Britney Spears, have teamed up with the new project unit, sparking excitement among fans.

GOT the beat isn’t the first project unit produced by the company.

Previously, the K-pop powerhouse has showcased a male version of the super group -- SuperM -- at the annual Capitol Congress event in the US in 2019. The dream team’s lineup consists of SHINee’s Taemin, Exo’s Kai and Baekhyun, Taeyong and Mark from NCT 127, and Ten and Lucas from WayV, a China-based group created by the company.

The K-pop act also ranked the highest on the Billboard 200 albums chart with their first print, “SuperM: The 1st Mini Album.”

Meanwhile, GOT the beat will be showcasing their new song at S.M. Entertainment’s online concert, ”SMTOWN LIVE 2022,“ slated for Saturday. The event will be streamed globally for free via YouTube, Twitter and Beyond Live, starting at 1 p.m.

“Step Back” will be released on Monday at 6 p.m.