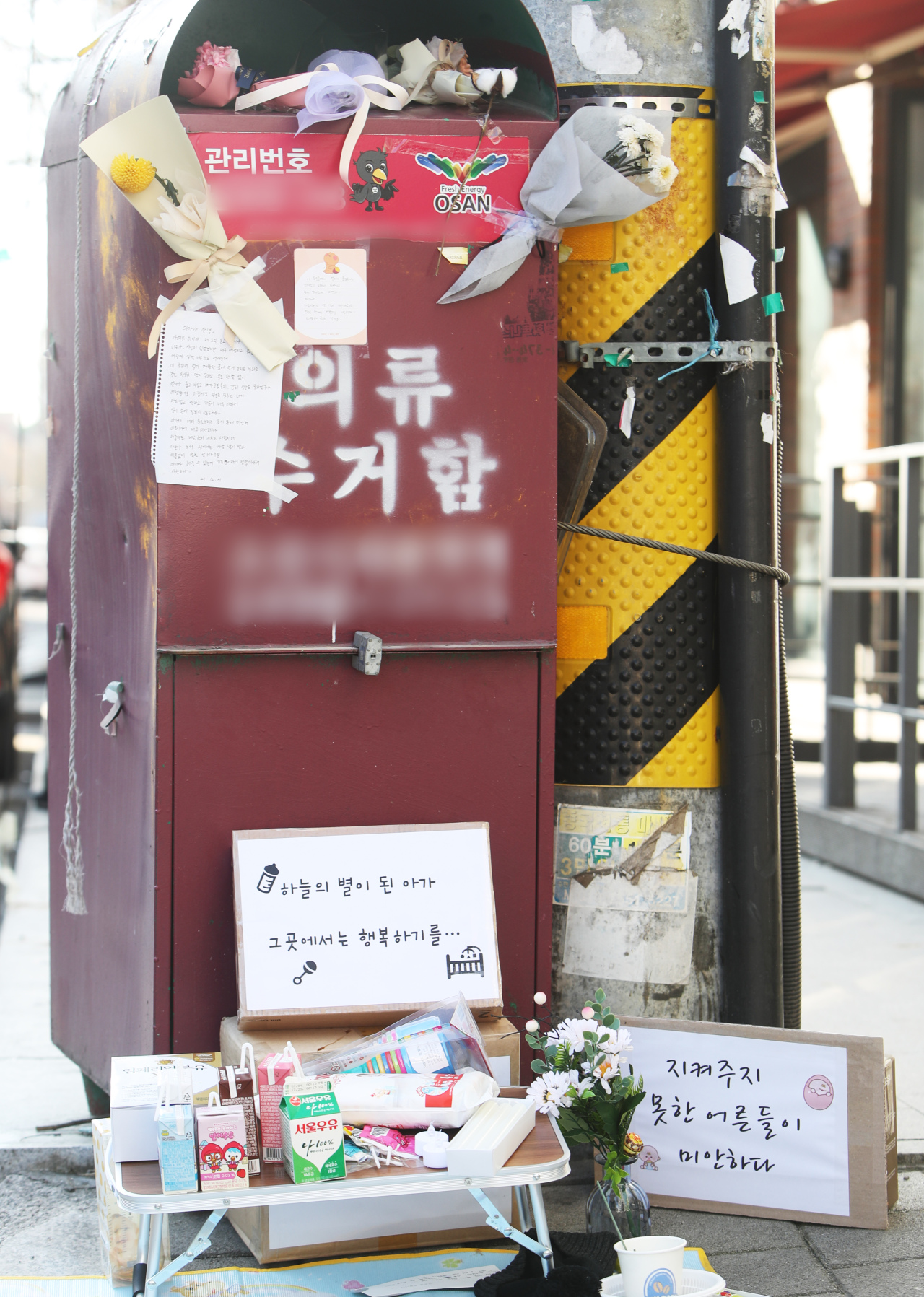 According to the Osan police, investigators have sent the case to the prosecution on Thursday. The woman is accused of neglect leading to the death of the just-born boy in the bathroom of her house, where she had given birth. She is charged with discarding the baby’s body in a roadside clothing donation box at around 5:20 p.m. on Dec. 18.

Local media reported that the mother, arrested on Dec. 26, is also suspected of neglecting her two other sons.

It was also revealed Friday that the suspect, who is in her 20s, had bragged about getting a tattoo done to acquaintances two days after the abandonment.